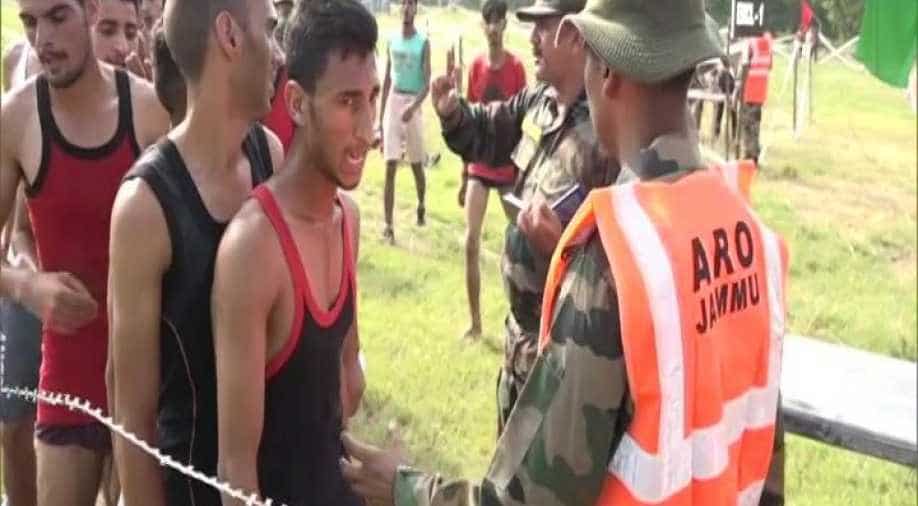 Selected candidates will be inducted into the various arms and services of the Indian Army.

The Counter Insurgency Force (Uniform) of Indian Army is organising the first Army recruitment rally in Jammu and Kashmir after the abrogation of Article 370.

The seven days recruitment rally through Army Recruitment Office, Jammu, commenced on September 3 at Subsidiary Training Centre (STC) of Jammu and Kashmir Police at Talwara, Reasi and will continue till September 9.

"This rally is being conducted to provide employment to youth from seven districts - Doda, Kishtwar, Rajouri, Poonch, Udhampur, Ramban and Reasi," Lieutenant Colonel Devender Anand said in a release.

"Over 29,000 aspiring youths from Jammu Region have registered and are likely to be screened for their physical and medical fitness during the week-long Army recruitment rally in Reasi. On the first day of the rally, more than 2,500 candidates from districts of Kishtwar and Ramban converged for the physical fitness tests," the release added.

The recruitment process is divided into several categories and rounds which include physical fitness test, medical test and written test. Selected candidates will be inducted into the various arms and services of the Indian Army.