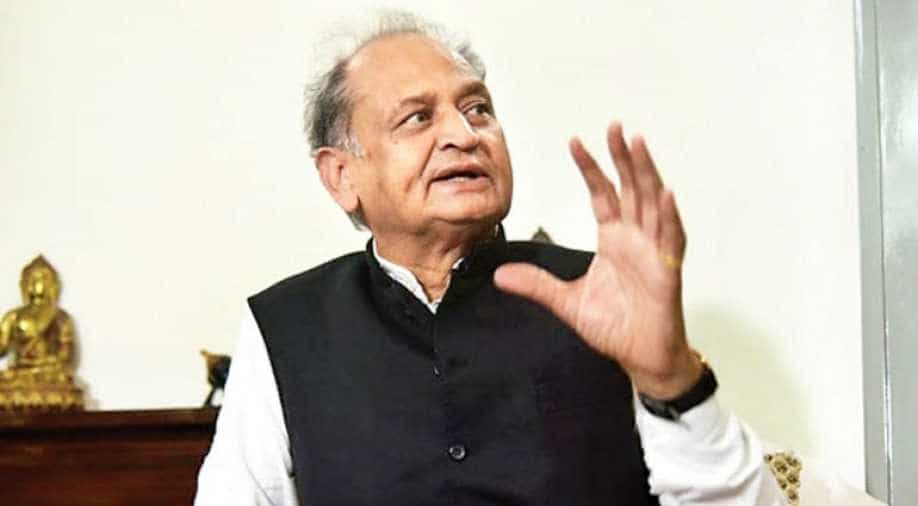 Congress President Rahul Gandhi will choose between the experienced Gehlot and the youthful Sachin Pilot on Wednesday, anointing one of them as chief minister of the state.

Ashok Gehlot didn't make the Congress disappear altogether in Rajasthan and, in any case, the party's good showing in the assembly polls wasn't a solo act. But on Tuesday the Congress appeared close to picking the magician at heart for the chief minister's job.

Gehlot has said magic is in his soul. At a conjurors' convention in 2015 which he inaugurated by performing a little trick of his own, the veteran told the audience he would have followed in his magician father's footstep had he not joined politics.

This he did thanks to Indira Gandhi, according to some accounts. She is said to have noticed his work with refugees in the northeast and roped him in.

In his early years as a politician, he headed the Rajasthan unit of the National Students Union of India (NSUI) and was later seen as a staunch loyalist of the Gandhi family.

Some in the party called him "gilli billi", a tag which referred to his past when he performed magic as an assistant to his father Laxman Singh Daksh on his tours.

Now, after a gap of five years, the veteran could be back in the saddle as chief minister.

After a meeting of the Congress Legislature Party in the state capital on Wednesday, party president Rahul Gandhi will take a call between the seasoned 67-year-old and Sachin Pilot, the youthful Rajasthan Pradesh Congress Committee president.

The first stint was in 1998-2003 and the second ended in 2013, with the Bharatiya Janata Party's Vasundhara Raje succeeding him each time.

Gehlot has also been at the helm of the Rajasthan Pradesh Congress Committee four times.

Currently an All India Congress Committee general secretary, Gehlot has been deployed by the party in crucial roles at the national level.

He was appointed AICC general secretary in charge of Gujarat just months ahead of last year's assembly polls. The Congress didn't win but managed to give the BJP a big scare in Prime Minister Narendra Modi's home state.

In the recent Karnataka assembly polls, he was there in Bengaluru along with Ghulam Nabi Azad to help stitch together a post-poll coalition with Janata Dal (Secular) to form the government.

He was first-elected to Parliament in 1980, and went on to win Lok Sabha elections four more times. Since 1999, he has represented the Sardarpura assembly constituency, winning five consecutive terms in the House.

At the Centre, Gehlot has served as a minister of state in the ministries of tourism, civil aviation, sports and textiles, in different stints between 1982 and 1993.

He was also the AICC general secretary in charge of Delhi and the Sewa Dal cell from 2004-2009 and member of the Congress Working Committee looking after Himachal Pradesh and Chhattisgarh.