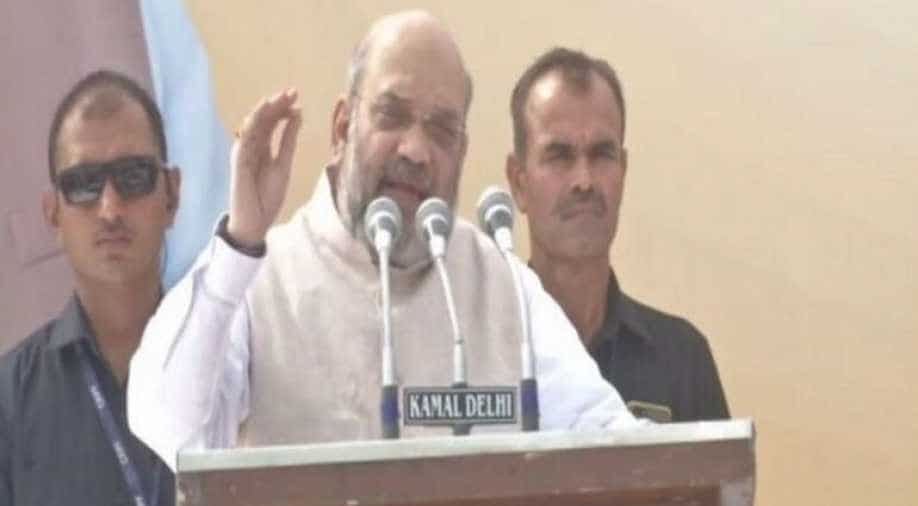 Shah alleged the rule of Congress government led by Bhupinder Singh Hooda in the state was marked by corruption.

Union Home Minister and BJP chief Amit Shah on Wednesday accused the Congress of raising questions over the Central government's move to identify "infiltrators" and said they will be made to leave the country in the next five years.

Addressing an election rally here, Shah alleged the rule of Congress government led by Bhupinder Singh Hooda in the state was marked by corruption.

"Whenever Congress came to power in the state, there was a rise in corruption, casteism, and goondaism. Since the BJP came to power, there has been development, and corruption has been curbed," he said.
Shah accused the Congress of rewarding those who had helped Vadra in the land deals.

He alleged the Congress was opposed to the National Register of Citizens and raises questions over the move to make the intruders leave the country.

"Congress opposes repeal of Article 370, NRC. Its leaders ask why intruders are being removed. Howsoever they may oppose, every intruder will be forced to leave the country," he said.

Shah said: "Beti Bachao, Beti Padhao' campaign had given a new life to the girls and the sex ratio in the state has substantially gone up from 830."

Referring to the development initiatives of the Manohar Lal Khattar government, he said Haryana was among the top states in ease of doing business rankings.

"Earlier, the Chief Minister focused on the development of his home district. Manohar Lalji has worked for the progress of the entire state," he said.

He said several governments came in the past 70 years but nobody could show courage to remove the Article 370.

"You made Narendra Modi PM again by giving him over 300 seats and he threw away Article 370," Shah said.

He urged the people to vote in large numbers in the October 21 assembly polls.

"On one side is the party of patriots led by Modiji, on the other is the Congress that has courtiers and brokers. You have to decide whom to give a chance," said Shah.