For Congress, OROP means 'Only Rahul, Only Priyanka': Amit Shah 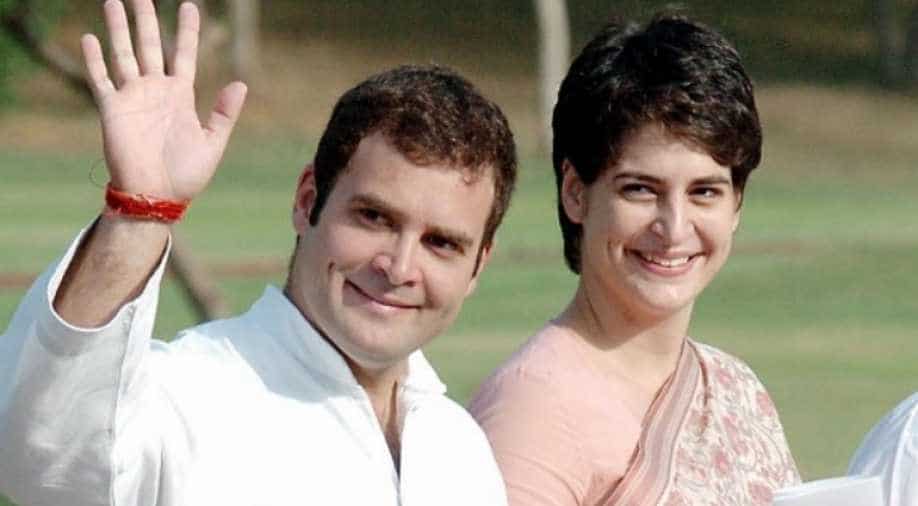 Addressing booth-level workers in Amroha, he lauded the Union Budget presented in the Lok Sabha on Friday, which had proposed the highest defence budget of Rs 3 lakh crore to ensure the security of country's boundaries.

BJP president Amit Shah Saturday gave a new definition to the OROP, which normally refers to 'One Rank, One Pension', saying that in the Congress it translated to "Only Rahul, Only Priyanka".

Addressing booth-level workers in Amroha, he lauded the Union Budget presented in the Lok Sabha on Friday, which had proposed the highest defence budget of Rs 3 lakh crore to ensure the security of country's boundaries.

"The jawans who are deployed on snowy peaks for the defence of the country had been demanding 'One Rank, One Pension', but the Congress did not bring it in 70 years. The government which you made, fulfilled this in just one year and finalised the OROP," Shah said.

Referring to the pension scheme, the BJP chief took a dig at the Congress and said, "For them, OROP is 'Only Rahul, Only Priyanka'. While Narendra Modiji is working for our jawans, they are working for their family. Those who work for their family cannot take the country ahead."

Shah claimed that Congress president Rahul Gandhi was shaken as he listened to the Budget being read out in Parliament.

"It wiped the smile off his face," he claimed.

The BJP chief said Gandhi had felt it would be easy to get into power. "When he heard the Budget speech, he realised his turn will not come," Shah added.

"More than one crore workers are spread over all the booths in UP and are ready to go to the polls with the picture of Modiji. I have faith that when the army of patriotic workers of the BJP will go to the electoral battleground, they will pull down the fortress of opponents," he said.

Shah said the upcoming elections are extremely important both for the BJP and the country.

"We are yet to win Bengal, Odisha, Tamil Nadu and Kerala. Till the time the BJP does not win in 2019, it will not be able to hoist its flag from Kashmir to Kanyakumari," he said.