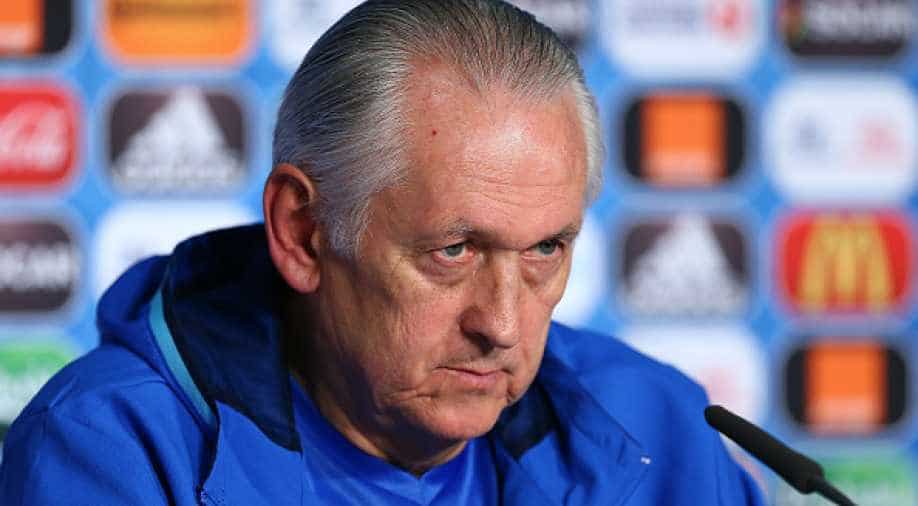 "I admit my fault. I did it all wrong in that situation," Fomenko said. Photograph:( Getty )

Follow Us
Ukraine coach Mykhailo Fomenko says he will quit after his team's last group game against Poland at Euro 2016 on Tuesday.

Ukraine have no chance of reaching the knockout stages after defeats to Germany and Northern Ireland in Group C.

“What sense does it make to continue after failing with the task that was set for the tournament?” Fomenko told Ukraine's national TV channel “Football”.

“I did not feel the united team that clinched the spot at the Euros finals. I paid attention to this during warm-up games against Cyprus and Wales. Everyone saw what was going on at the end of the Ukrainian championship. This situation affected the team’s psychology.”

Ukraine's preparations for the tournament suffered a setback after an unseemly row between two of their high-profile players. Shakhtar midfielder Taras Stepanenko and Dynamo Kiev's Andriy Yarmolenko were involved in a spat during a league game.

"I would like peace and friendship to prevail inside our team," Fomenko said. "As a man, I am used to being responsible for my actions. I admit my fault. I did it all wrong in that situation."

Former striker and assistant coach Andriy Shevchenko has been rumoured to be a possible successor.

“Why not? He has experience in football, finished coaching courses and has got his PRO-diploma," Fomenko said. "God bless him to be as good a coach as he was a player.”