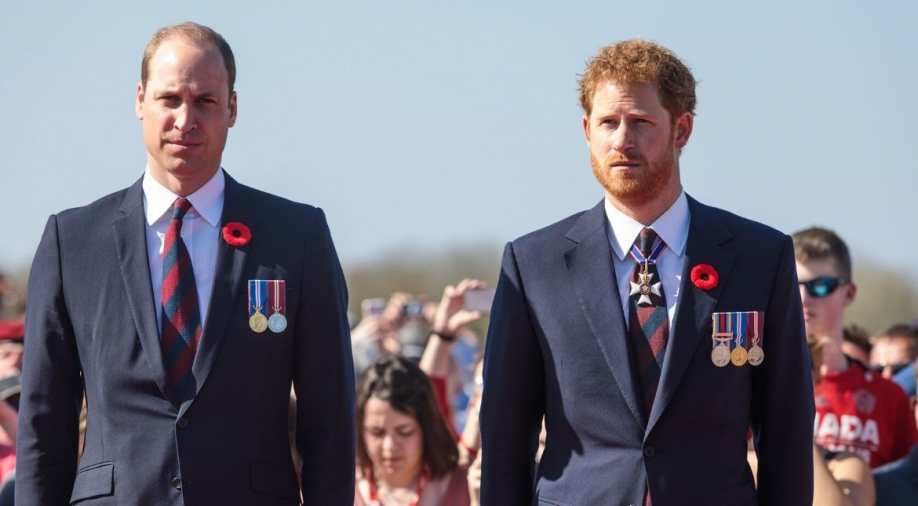 Harry, who reportedly flew back from California last week, was last in Britain in April for the funeral of his grandfather, Queen Elizabeth II's husband Prince Philip.

Princes William and Harry set aside their differences on Thursday to unveil a new statue to their mother, Princess Diana, on what would have been her 60th birthday.

The brothers will take the wraps off the tribute in the garden of Diana's former London home at Kensington Palace, in a stripped-back ceremony due to the coronavirus pandemic.

When the project was announced in 2017, William, 39, and Harry, 36, said they hoped it would help visitors reflect on their mother's "life and her legacy".

Diana, who died aged 36 in 1997 in a high-speed Paris car crash, remains an enduring source of fascination.

On Tuesday, her 1981 Ford Escort -- an engagement present from Prince Charles -- was sold at auction to a South American museum for over £50,000 ($69,200, 58,100 euros). But despite royal aides describing Thursday's ceremony as a "very personal" family event, all eyes will be on her sons for any signs of visible tension.

As young boys, the brothers provided the enduring image from Diana's funeral, as they walked, heads bowed, behind her coffin past hushed crowds in central London.

When they assumed more royal duties, they shared household staff and frequently appeared together to promote mutual causes, many of which were championed by their mother.

For a time, the brothers and their wives were dubbed 'The Fab Four', seen as modernising the royal family and making it more appealing to a younger generation.

But their once-close relationship has visibly soured. Royal biographer Robert Lacey has even called the bad blood the most serious royal conflict for generations.

There have always been tensions between the so-called "heir and the spare", he said in publicity for his new book "Battle of Brothers", "but nothing so profound as this".

Harry confirmed rumours that he and William had fallen out in a 2019 television interview, revealing that they were "on different paths".

The former British Army captain -- seen as more impulsive than his elder brother, who is second-in-line to the throne -- now lives with his wife, Meghan, in the United States.

The couple, who have two young children, have since complained about the suffocating nature of royal life and how it affected their mental health. Most pointedly, they accused an unnamed senior royal of racism, claiming they had asked what colour skin their unborn son, Archie, would have, as Meghan is mixed race.

As the royal family promised an investigation, and focus turned to diversity in the palace, William shot back, telling reporters: "We are very much not a racist family."

Harry, who reportedly flew back from California last week, was last in Britain in April for the funeral of his grandfather, Queen Elizabeth II's husband Prince Philip.

He was seen talking to William after the service at Windsor Castle. But there has been little indication of any thaw in their frosty ties. William's wife, Kate, has said she has yet to be introduced to Harry and Meghan's daughter, Lilibet Diana, who was born last month. And last week, royal officials appeared to contradict Harry's claims that he had been cut off financially since his move, as they published the latest accounts.

Omid Scobie, who wrote a sympathetic biography of Harry and Meghan about their shock move to the United States, said Thursday's meeting could help mend fences. The statue unveiling could be "the icebreaker that is needed", he told reporters in London recently. "There's a lot to be discussed."

William and Harry -- and, it has been reported, Meghan -- are expected to meet again in June next year for celebrations of their grandmother's 70 years as queen.