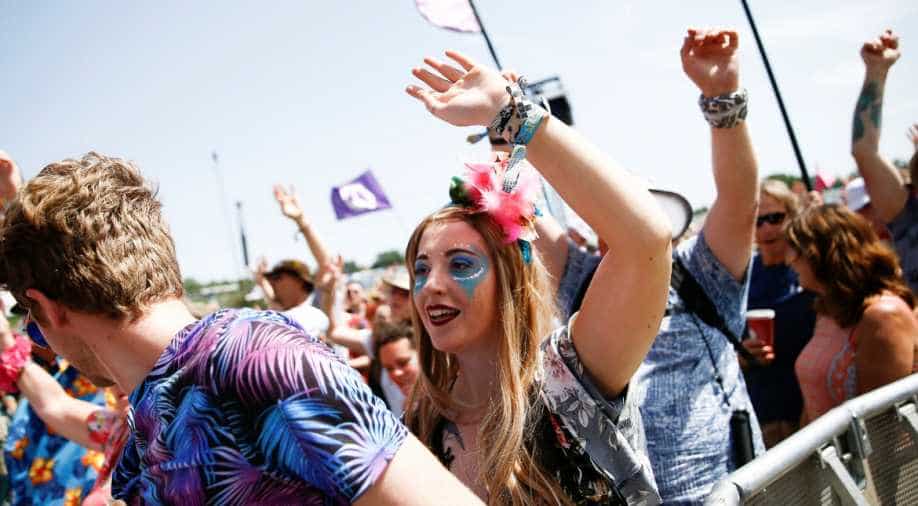 Festival goers in the crowd for the Pyramid Stage during Glastonbury Festival in Somerset, Britain June 28, 2019. Photograph:( Reuters )

English indie rock band the Vaccines had earlier opened the Other Stage - the second of the festival's 11 main stages.

Other acts on the Pyramid Stage on Friday include Lauryn Hill and George Ezra before a highly anticipated performance by Stormzy, the first British rapper to take the prestigious headline slot.

English indie rock band the Vaccines had earlier opened the Other Stage - the second of the festival's 11 main stages.

Weather forecasters say they can expect a dry and sunny weekend with little chance of the rain that can turn the site into a mud-bath.

Festival-goer Nils Demayer from Belgium said he had been at Glastonbury three years ago when there was rain and mud.

"It was all chaos and now with the lovely weather it's just enjoyment, all over," he said. "You can wear short pants, you can wear a t-shirt, it's just lovely."

David Sargeant from London said: "Just drinks loads of water, don't do your shirt up and wear a hat."