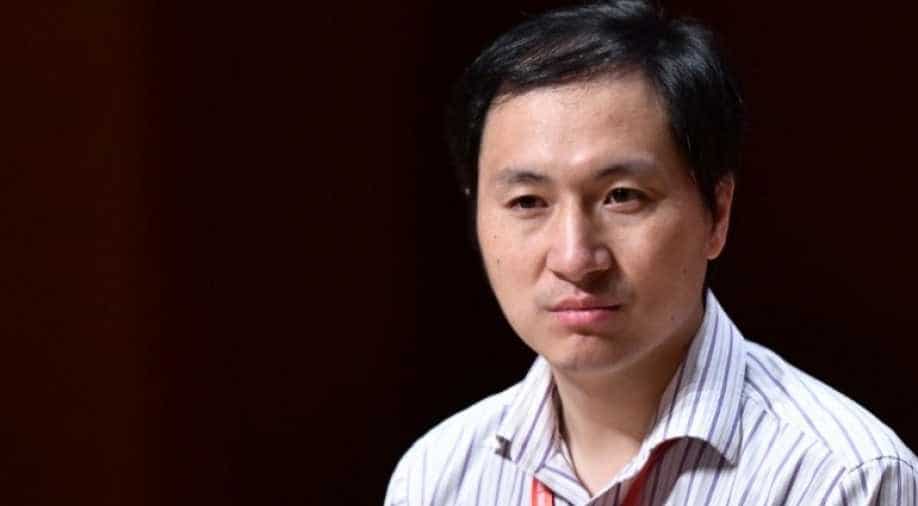 SUSTC had earlier said Jiankui was on unpaid leave since February and the experiment wasn't conducted on its premises.

He Jiankui, the controversial Chinese scientist who claimed to have created the world's first genetically edited babies has been kept under house arrest, media reports said.

However, Southern University of Science and Technology (SUSTC) where Jiankui worked denied he was being detained. China's National Health Commission had earlier ordered an investigation into Jiankui experiment which was heavily criticised by scientists who had got together at a conference in Hong Kong.

SUSTC had earlier said Jiankui was on unpaid leave since February and the experiment wasn't conducted on its premises. The Univesity refused to answer any questions on Jiankui's apparent disappearance from public view, Hong based-South China Morning Post reported.

He Jiankui had told the biomedical conference that he was "proud" to have successfully altered the DNA of twin girls born to an HIV-positive father. China last week banned scientific activity related to gene editing. Authorities openly claimed that Jiankui had broken Chinese laws.

Organisers of the Second International Summit on Human Genome Editing in Hong Kong had declared that He's experiment was "unexpected and deeply disturbing".

"Even if the modifications are verified, the procedure was irresponsible and failed to conform with international norms," the summit organizers said in a statement.

Jiankui was last seen publicly at the event last Wednesday. Meanwhile, the World Health Organization(WHO) said on Monday that it was instituting a panel to look into implications of gene editing.

"It cannot just be done without clear guidelines," Tedros Adhanom Ghebreyesus, head of WHO said, adding, "WHO is putting together experts and we are working with member states...to discuss the standards and guidelines that can cover the ethical and social safety issues."

The experiment was condemned by the scientific community in China with the head of Chinese AIDS expressing regret over the incident.