Ola ties up with Microsoft for connected car platform 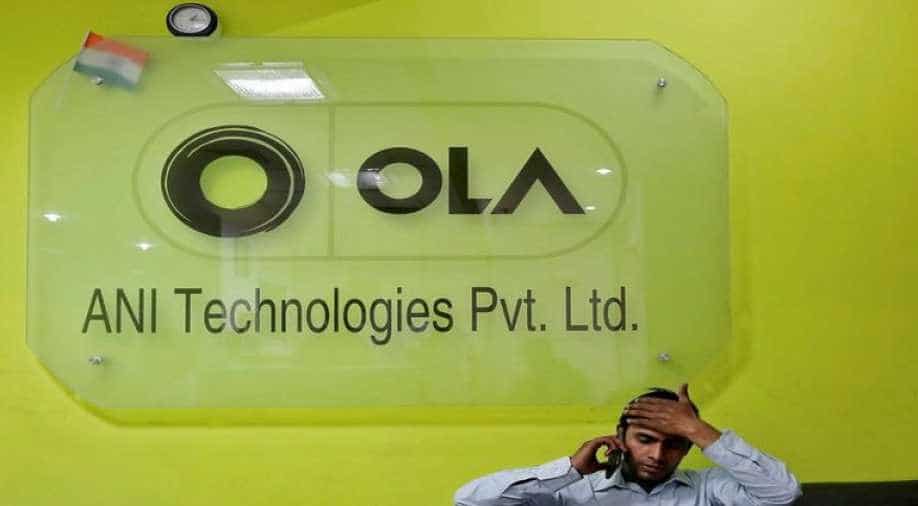 An employee speaks over his phone as he sits at the front desk inside the office of Ola cab service in Gurugram, previously known as Gurgaon, on the outskirts of New Delhi, India, April 20, 2016. Photograph:( Reuters )

Indian ride-hailing firm Ola said it has tied up with Microsoft to build a connected-car platform and will use the U.S tech giant's Azure cloud-computing service to power its in-car entertainment offering.

Microsoft is separately also in talks over a potential investment in Ola, a source told Reuters, declining to be named as the discussions are private.

The new connected-vehicle platform, for cars that have internet access, will have features to aid navigation and to flag when vehicle maintenance is required, Ola said in a statement on Tuesday.

"Both companies will collaborate to take this platform to car manufacturers globally to integrate with vehicle systems," Ola said, making the announcement during a visit to India by Microsoft CEO Satya Nadella.

Ola, which has been locked in a fierce battle with rival Uber for a bigger piece of India's $12 billion taxi market, has said it would invest in artificial intelligence and machine-learning capabilities, which include technologies like its in-car entertainment platform called Play that allows riders to choose music and stream videos.

As part of its partnership with Microsoft, Ola plans to weave the U.S. company's digital assistant Cortana into its Play service for voice recognition capabilities, the source said.

Ola raised $1.1 billion last month from investors led by China's Tencent Holdings and Japan's SoftBank Group and said it was in "advanced talks with other investors" for a further $1 billion.

Any investment by Microsoft could be part of this second tranche, the source said, adding that Ola will switch completely from the Amazon Web Services cloud platform to Microsoft Azure over the next few quarters.

Indian newspaper Mint reported in July that Microsoft was looking to invest up to $100 million in Ola parent ANI Technologies. (https://goo.gl/akiUL2)

A spokesman for Ola said there were no fundraising talks in progress with Microsoft at this time.

Microsoft did not immediately respond to a request for comment.