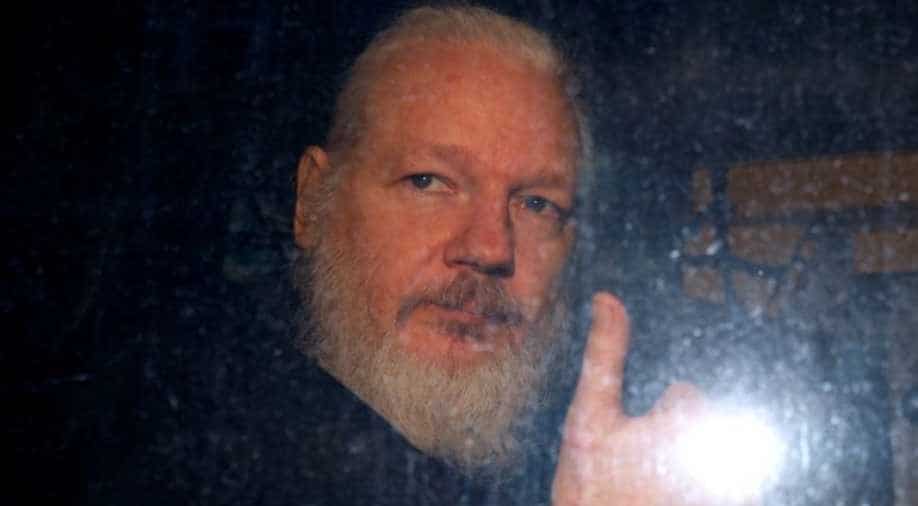 WikiLeaks founder Julian Assange is seen as he leaves a police station in London. Photograph:( Reuters )

Baraitser said it was a matter for prison officials, saying she did not have the authority to instruct them on how to treat detainees.

Julian Assange was stripped naked twice and handcuffed 11 times coming and going from the court, the WikiLeaks founder's lawyer told his US extradition hearing in London on Tuesday.

Assange faces charges under the US Espionage Act for the 2010 release of a trove of files detailing the realities of US military campaigns in Afghanistan and Iraq.

He warned that Assange's treatment could "impinge on these proceedings" and asked judge Vanessa Baraitser to give "an indication to prison authorities" that the regime should be relaxed.

Baraitser said it was a matter for prison officials, saying she did not have the authority to instruct them on how to treat detainees.

She added that she would expect Assange to be treated fairly and like anyone else.

The 48-year-old Australian is being held at the high-security Belmarsh prison in southeast London during the extradition process.

His full extradition hearing, which opened on Monday, is taking place at the court buildings next to the jail.

Assange wore a grey blazer and a sweater over a collared shirt in court.

He occasionally spoke to his lawyers through the gaps in the glass panels of the dock.

Assange spent much of the past decade holed up in Ecuador's London embassy to avoid separate legal proceedings in Sweden, but Washington is now seeking his transfer to stand trial.

WikiLeaks initially worked with a string of high-profile newspapers to publish details from the leaked State Department and Pentagon files, which caused a sensation -- and outrage in Washington.

On Monday, a lawyer for the United States accused him of risking the lives of intelligence sources by publishing classified US government documents.

Fitzgerald has argued that the US charges are "politically motivated".

Assange could be jailed for 175 years if convicted on all 17 Espionage Act charges and one count of computer hacking that he faces.

The hearings will last all week then reconvene in May