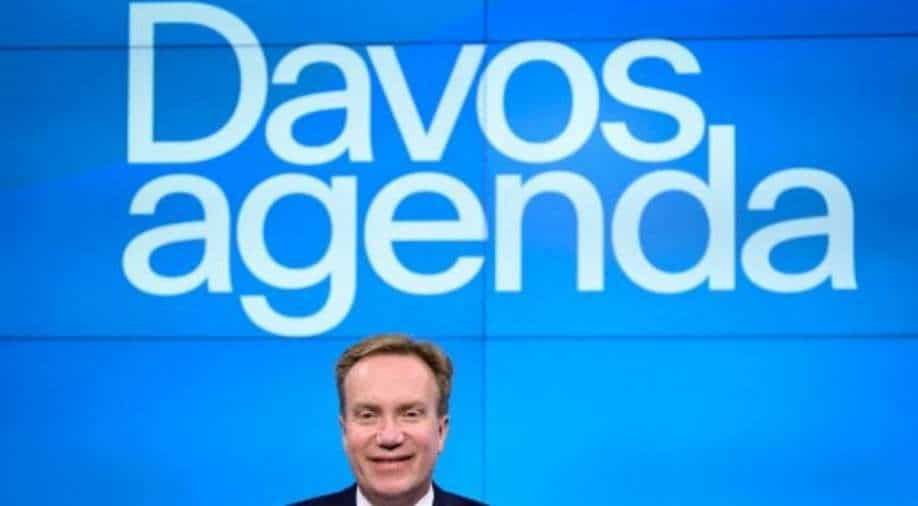 After a virtual forum in 2021 and the postponement of this year's in-person event due to the Omicron variant, the WEF returns to its Davos den on Monday under the theme "History at a Turning Point". Photograph:( AFP )

Since then, the outbreak in China turned into a pandemic that rocked the global economy, Trump lost the US election to Joe Biden, countries have endured climate change-driven weather disasters, inflation has surged and Russia invaded Ukraine

The world's political and business elite will hobnob in Davos next week after a two-year break caused by Covid, with the Ukraine war set to dominate the exclusive Swiss mountain summit.

The world has changed drastically since the last time the World Economic Forum took place in person at the ski resort in January 2020.

At the time, US President Donald Trump and climate campaigner Greta Thunberg headlined the show and the coronavirus had yet to spread widely outside China.

Since then, the outbreak in China turned into a pandemic that rocked the global economy, Trump lost the US election to Joe Biden, countries have endured climate change-driven weather disasters, inflation has surged and Russia invaded Ukraine.

After a virtual forum in 2021 and the postponement of this year's in-person event due to the Omicron variant, the WEF returns to its Davos den on Monday under the theme "History at a Turning Point".

But the hub of cheerleaders of capitalism and globalisation will lack its usual scenic snowy backdrop -- and the usual Russian contingent.

President Vladimir Putin spoke at the online meeting last year, but organisers decided to exclude Russians this time as Western powers have imposed sanctions on Moscow over the Ukraine conflict.

Instead, Ukrainian President Volodymyr Zelensky will address the summit via video link while around a dozen officials from his country will attend in person.

WEF founder Klaus Schwab said it would be "the most timely and consequential" meeting since the creation of the forum more than 50 years ago.

"Russia's aggression on the country will be seen in future history books as the breakdown of the post-World War II and post-Cold War order," Schwab said in a pre-summit briefing, adding that Davos will do what it can to support Ukraine and its recovery.

WEF president Borge Brende said that excluding the Russians from the forum was "the right decision".

"We do hope, though, that Russia will follow a different path ... in the years to come to start to stick to the UN charter and to their international obligations," Brende said.

More than 50 heads of state or government will be among the 2,500 delegates ranging from business leaders to academics and civil society figures attending the four-day gathering.

While war will overshadow the meeting, the forum will also have panels on everything from climate change to rising energy prices, global supply chain problems, gender inequality, poverty, football and the metaverse.

This year's meeting, though, lacks some of the star power of the past. Some, such as Chinese President Xi Jinping, spoke in a virtual version in January.

"I am sure that this is kind of a disappointment," said Adrienne Sorbom, co-author of "Discreet Power", a book on the World Economic Forum.

"I think that the discreet diplomacy that the... forum arranges for is one of the things that is truly to the heart of the forum and what Klaus Schwab sees as his greatest achievement," said Sorbom, a sociology professor at Stockholm University.

While the forum's relevance is questioned every year, it keeps attracting titans of industry and government leaders -- as well as some of its biggest critics.

When Sorbom attended Davos in 2014, "business leaders were saying, 'if you're not here you do not exist".

"Everyone that wants to be someone needs to go there," she said.

The forum has produced some consequential moments.

It hosted the first ministerial meetings between North and South Korea in 1989 as well as talks between South Africa's apartheid-era president F. W. de Klerk and then dissident Nelson Mandela in 1992.

The forum, however, regularly faces criticism as evidence of the cozy relationship between the political and corporate elite.

"At this Davos, at this festival of wealth, I think we're going to see just how profoundly unequal our world has become," said Nabil Ahmed, head of strategy at global charity Oxfam.

But Oxfam, which is pushing for taxes on the rich, is also among Davos regulars.

"I think it's important to go to Davos to challenge power, to put forward hard facts, to talk directly to these governments and corporations and amplify the voices they're not listening to," Ahmed said.