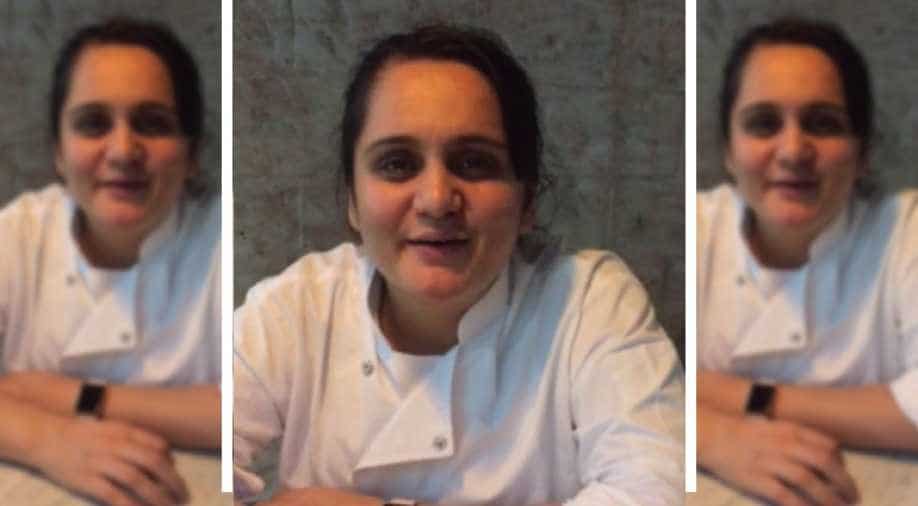 'It was my dad. He spent a lot of time cooking in the kitchen all these exotic dishes and I spent a lot of time with him while he cooked. I think that had a lasting impact on me, that's where I learned how to eat well and cook,' Garima said.  Photograph:( WION )

Garima Arora's achievement as a restauranteur is in the same league as India winning Olympic medals in sports.

What happens when an Indian woman wins what is called the 'Oscar of the culinary world'? It sure is an achievement on a world scale, but I see more to Mumbai-bred Garima Arora's restaurant, Gaa, winning a prestigious Michelin star this month than a new honour. I see her winning the accolade as a symbolic moment for the rise of a new India going beyond some conventional thinking rooted in its colonial past.

To understand that, we have to take a look first at what may be the high points in the renaissance of India through the 20th century and a little beyond. We had Sir CV Raman and Rabindranath Tagore winning the Nobel Prize for physics and literature before Independence in 1947. We had Neecha Nagar winning the Golden Palm (Palme D'Or) at the Cannes festival in France in 1947. India won the World Cup in cricket in 1983, a dozen years after beating England, the colonial masters, at their own game on their own soil. Bangalore-based Infosys listed on the Nasdaq in 1999, symbolising India as an economic and technological power. We had the Tata Group acquire Jaguar Land Rover in 2008, making a luxury British brand Indian in ownership. We had Bhanu Athaiya winning an Oscar for costume design in 1983 and AR Rahman winning one for music in 2009. Film-maker Satyajit Ray also won a lifetime achievement Oscar.

But look hard, and you will find that these accolades involved recognition in France, Sweden, the UK or the US in some way or the other, and to that extent, it was all about making a mark in the West. If you add spiritual gurus like Deepak Chopra, Paramahamsa Yogananda, Maharishi Mahesh Yogi and Osho Rajneesh, the list of Indian achievements in the West gets longer.

Even in culinary arts, Garima Arora is not the first Indian to get a big honour. We have had seven Indian chefs winning Michelin stars in the past including Vikas Khanna in New York and an array of Indians in London including Atul Kocchar and Vineet Bhatia. Manjunath Mural has won it in Singapore. But, like winning in cricket, it proves one point but misses a bigger one.

I find it refreshing that 32-year-old Garima Arora, apart from being the first woman to join the list, has her restaurant located in Bangkok, which is outside of former British colonies. In that sense, the journalist-turned-chef represents culturally the rise of India's 'Look East, Act East' foreign policy that the Narendra Modi government ushered in after coming to power in 2014.

Garima's achievement as a restauranteur is in the same league as India winning Olympic medals in sports. It is true India has a few Olympic medals in the bag, and it is particularly noteworthy that boxing, wrestling and weightlifting medals have joined relatively elite sports like shooting, badminton and tennis in the list of medal-winning sports. However, a nation of one billion people has a much long way to go.

Garima's success raises work in the kitchen to a higher social status in a nation notorious for a caste system in which some achievements are not considered achievement enough. It breaks an elitist mould, much like an Olympic medal in wrestling.

When we describe culinary art/science as "cooking" it reduces its true worth. There is more to sport than cricket and there is more to culinary work than pottering around in the kitchen. Garima's influences, like the music composed by AR Rahman, are eclectic, with an Indian sensibility matching global impact. Arora says she "learned that cooking itself was a cerebral and mentally stimulating experience rather than just a physical job."

For too long, India has been looking at the West, ignoring the fact that both within India and in continents including Latin America and Africa, there are footprints that need to be planted. Indian entrepreneurs in Africa have been a dubious lot as many of them have fallen foul of local people. In South America, there are Sikh farmers in Argentina and Ecuador and there are Indian executives working in multinationals, but we have barely scratched the surface.

A country cannot end colonialism in the psychological sense of the term until it sheds what I call the Colonialism Paradox: the business of winning approval within the same universe defined by erstwhile colonial masters or their extended fraternity.

If you look hard, Hotel Saravana Bhavan, the popular Chennai eatery, is now a multinational present in 21 countries, with Kuwait becoming the 21st last weekend. Haldirams also has a comparable global presence, but more in terms of snacks exported.

Yet, we do not discuss Saravana Bhavan or Haldirams in the same the way we discuss a Starbucks or a McDonald's. Maybe a day will come when private equity investors will take these companies public and make it truly global in a corporate sense. But it is equally true that it is important to psychologically realign India so that it turns truly global in outlook instead of West-centric. Picture a day when Garima's Gaa opens in Buenos Aires, or a day when Saravana Bhavan lists on a global stock exchange after opening branches in Brazil or Angola.

Garima Arora's honour would hopefully make young Indians sit up and notice that there is a big world out there to charm and conquer.