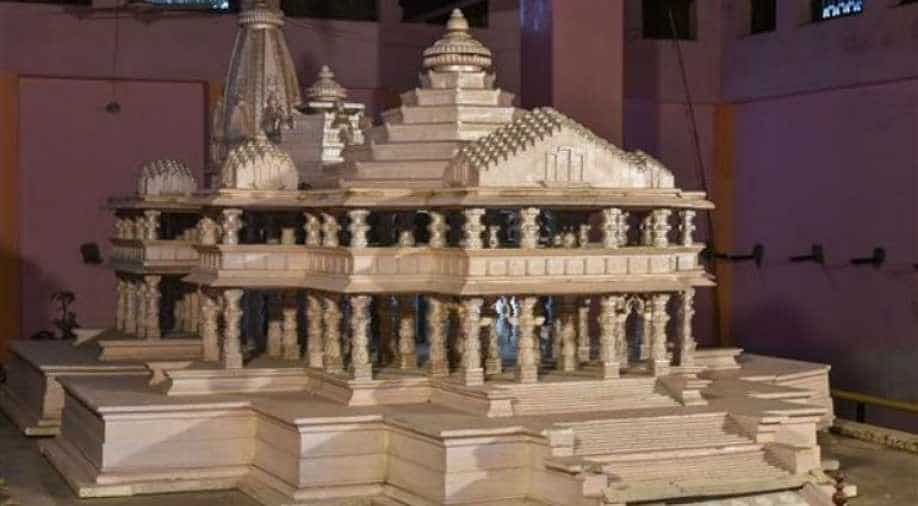 Temples across the US will perform special poojas and prayers, while a large number of Indian-Americans have said that they would lit diya to celebrate the bhoomi poojan of the Ram Temple.

Temples across the US have announced special events to celebrate the foundation laying ceremony of the historic Ram Temple in Ayodhya, with a tableau truck displaying digital images of the Ram Temple going around the US Capitol Hill on Tuesday, according to Hindu community leaders.

The groundbreaking ceremony for the construction of the temple would take place on August 5 in the holy town of Ayodhya and Prime Minister Narendra Modi would be attending the event.

Temples across the US will perform special poojas and prayers, while a large number of Indian-Americans have said that they would lit diya to celebrate the bhoomi poojan of the Ram Temple.

Also see: In pics: What you should know about Ram Temple groundbreaking ceremony

Indian-Americans from in and around Washington DC said that a tableau truck with a big LED display on Sri Ram Mandir will go around the Capitol Hill and the White house on Tuesday night.

Ayodhya Sri Ram Mandir Tableau will go around the US Capitol Hill marking the beginning of the historic Temple construction at the holiest site for billion strong Hindus around the World, a statement issued by the community leaders here said.

Similarly in the city of New York as well, Hindu community leaders have decided to celebrate the historic occasion.

Images of Lord Ram and 3D portraits of the grand Ram Temple in Ayodhya will be beamed across the giant billboards in the iconic Times Square on August 5.

Prominent community leader and President of the American India Public Affairs Committee Jagdish Sewhani said that among the prominent billboards that are being leased for the occasion are the giant Nasdaq screen and the 17,000-square-foot wrap-around LED display screen, considered among the largest continuous exterior displays in the world and the highest-resolution exterior LED screen in Times Square.