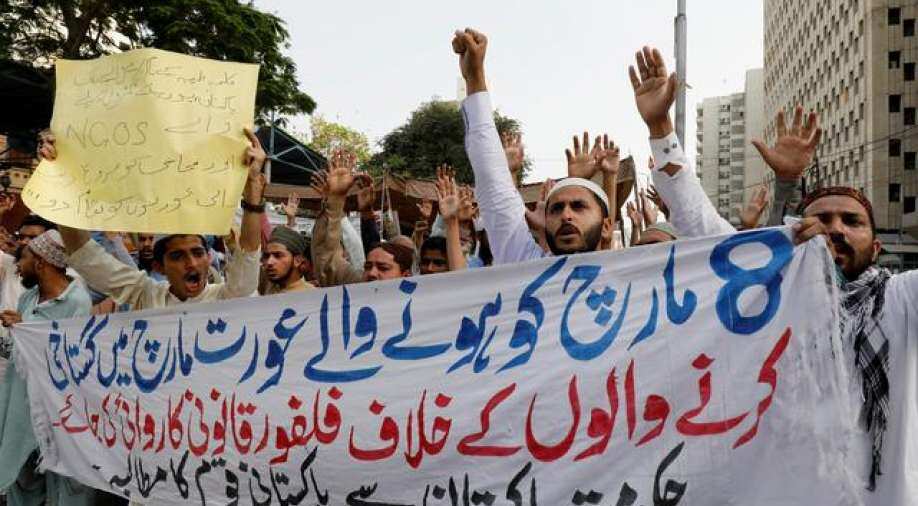 The Taliban's Friday statement followed a flurry of falsified images and video clips on social media that suggested participants in the March 8 protests had insulted Islam.

The Pakistani Taliban has threatened women's rights activists who organised demonstrations to mark International Women's Day in the country, accusing them of blasphemy and obscenity.

The Taliban's Friday statement followed a flurry of falsified images and video clips on social media that suggested participants in the March 8 protests had insulted Islam.

The women have, however, strongly denied the allegations.

"We want to send a message to those organisations who are actively spreading obscenity and vulgarity in our beloved Pakistan," the statement said, addressing the marchers. "Fix your ways, there are still many young Muslims here who know how to protect Islam and and the boundaries set by Allah."

Islamist groups held demonstrations on Friday in several Pakistani cities to demand that the government prosecute the march organisers for blasphemy, and they threatened vigilante action.

Blasphemy carries the death penalty in Pakistan. Although Pakistan has never carried out such a sentence, vigilantes often kill suspects before they are brought before a court.

Messages spread on social media, in some cases shared by journalists and politicians with millions of followers, included false allegations that the French flag was waved at the Women's Day march, while doctored video and audio showed participants chanting slogans viewed as blasphemous against Islamic figures.

"Each and every one of these allegations is completely false and part of a malicious campaign to silence women from speaking out about their rights," the march organisers said in a statement.

The Women's Democratic Front, a leftist group founded in 2018 and one of the organisers of the march, said their flag - with red, white and purple stripes - had been misrepresented as the French flag, which has blue, white and red stripes.