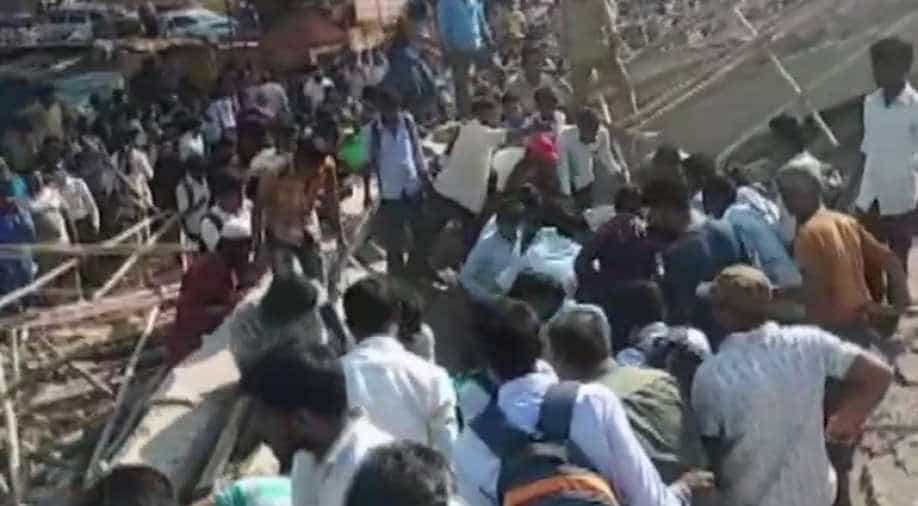 Karnataka Chief Minister H D Kumaraswamy Thursday ordered a magisterial inquiry into the Dharwad building collapse, as the toll rose to 12 with five more bodies being pulled out from the debris.

On the third day of the rescue operation, bodies of five people, including that of eight-year-old Divya Unakal, Dakshayini (45) and Sangamesh (42), were retrieved from the rubble, police said.

Kumaraswamy said at least 12 people had lost their lives and 54 people had been rescued, with fears that 14 more were still trapped.

"A magisterial inquiry has been ordered. If required, the government is ready for high-level inquiry," Kumaraswamy told reporters after visiting the spot and speaking to the relatives of the victims and injured.

Kumaraswamy said he cannot announce any compensation since the model code of conduct for Lok Sabha polls was in place but he has entrusted the chief secretary to announce adequate compensation to the next to the kin of the deceased and injured.

Anger and frustration were palpable as more bodies were retrieved from the accident site with loud wails of relatives.

Locals sought to know how the civic agencies turned a blind eye to sub-standard materials being used for the construction, though everybody was apprehensive about the strength of the four-storey building.

Earlier the BJP MLA from Hubballi-Dharwad central and former Karnataka chief minister Jagadish Shettar visited the spot and took the stock of the situation.

He had demanded Rs 10 lakh to the families of the victims.