We are still in the emergency phase: Justin Trudeau 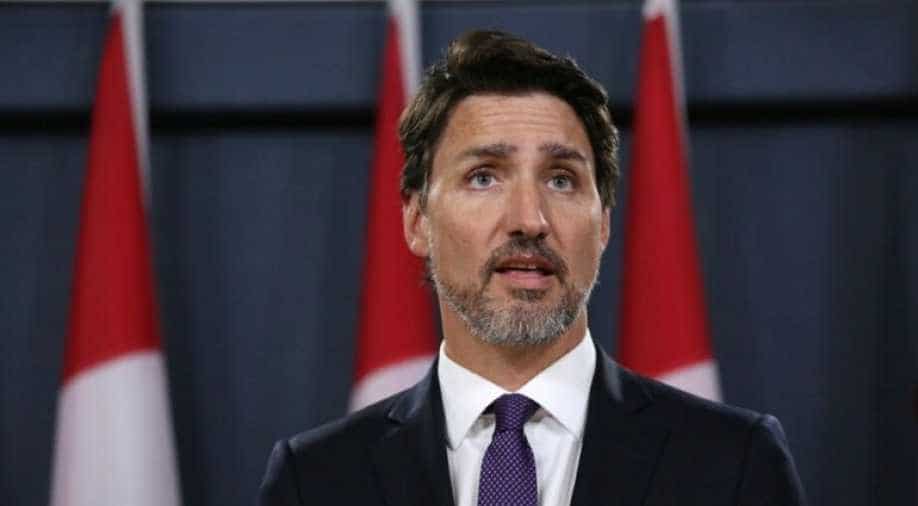 Justin Trudeau warns Canadians of going back to emergency phase if precuation is not taken.

Prime Minister Justin Trudeau warned on Saturday that if provinces move too quickly to reopen their economies, a second wave of the coronavirus pandemic could send Canada "back into confinement this summer."

Trudeau, who represents a Montreal, Quebec parliamentary riding, told reporters in a daily briefing that he is concerned about the virus` spread in that province, the country`s epicenter. He said any reopening should be gradual.

Although health officials have pointed to a flattening rate of daily cases in many provinces, Trudeau said Canada was "not in the recovery phase yet."

"We are still in the emergency phase ... The vast majority of Canadians will continue to need to be very careful."

Canada`s death toll rose 3.5% to 4,628 from a day earlier, while cases approached 67,000. Nearly 60% of Canada`s deaths have occurred in Quebec, where there are numerous outbreaks in nursing homes.

Quebec has unveiled plans to restart its economy gradually, but on Thursday pushed back for the second time the date when businesses can reopen in Montreal.

Some of Canada`s biggest individual outbreaks are in Cargill Inc and JBS SA beef plants in Alberta, forcing the companies to reduce production.

The situation has resulted in a glut of cattle but tight beef supplies.

President Donald Trump said on Wednesday he had urged the U.S. Justice Department to look into allegations that the meatpacking industry broke antitrust law because the price slaughterhouses pay farmers for animals had dropped even as meat prices rose.

"We need to make sure no one is profiting in an exaggerated way from this crisis," Trudeau said. "We will take a very careful look to ensure that ... no one is focusing on profit before supporting Canadians."

Trudeau did not give specifics. The independent Competition Bureau reviews such concerns in Canada.
Coronavirus infections are also multiplying in remote, indigenous communities, raising unique challenges for health officials.