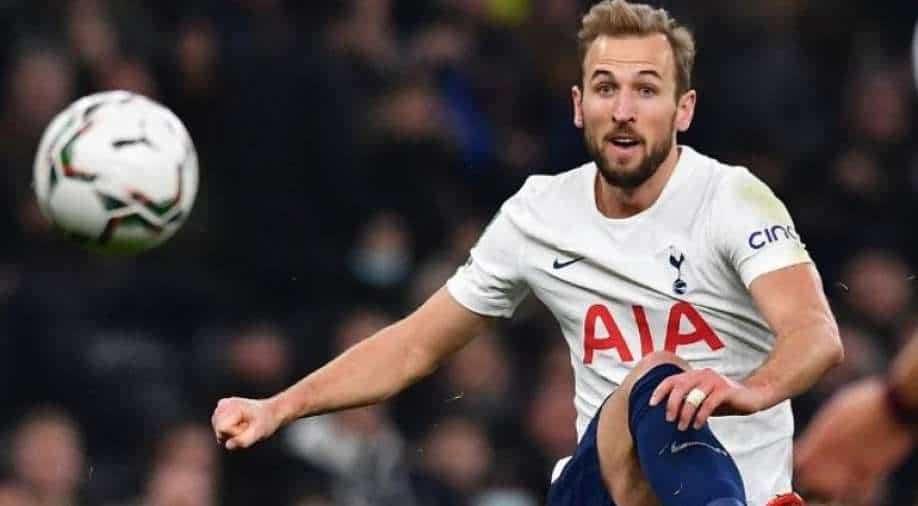 England captain Harry Kane has scored just nine goals in all competitions this season and has struggled with his form.

Antonio Conte has said Harry Kane is "totally involved in the Tottenham project" despite a modest start to the season.

Kane was linked with a pre-season move to Manchester City but the deal fell through.

Many pundits felt his failure to join the Premier League champions has contributed to Kane's poor form in the early stages of the campaign -- although England's agonising penalty shoot-out loss to Italy in the Euro 2020 final at Wembley may have played a part as well.

England captain Kane found goals hard to come by when Nuno Espirito Santo, sacked in November and replaced by Conte, was in charge of Tottenham and even now the striker has scored just nine goals in all competitions this season.

However, he scored a second Premier League goal of the campaign against Liverpool last weekend and the 28-year-old will aim to build on that performance when Spurs are at home to London rivals Crystal Palace on Sunday.

Even so, Kane's returns have been a long way off last season's 23 goals and 14 assists in the Premier League.

"Harry has showed me great availability and showed me (he is) totally involved in the Tottenham project," Conte said Friday.

"I see him every day and I see that he is happy," the Italian added.