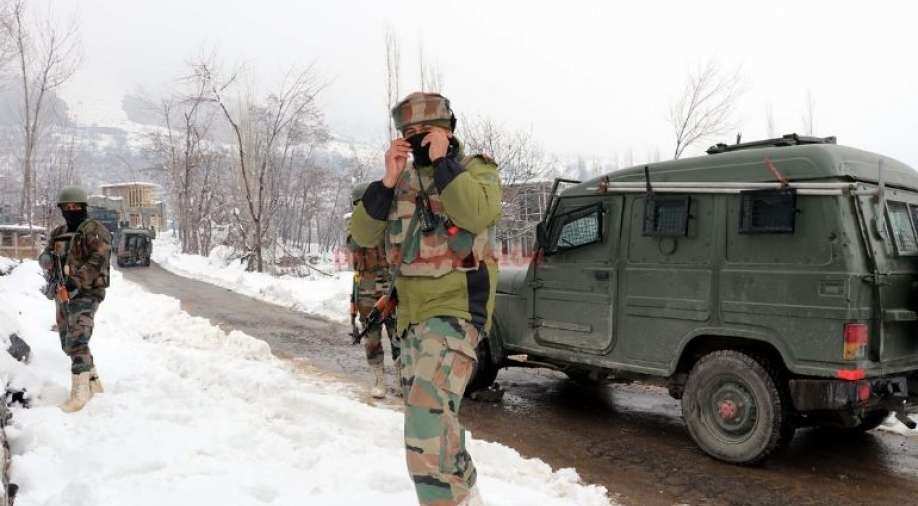 In this file photo, security personnel can be seen in Jammu and Kashmir Photograph:( PTI )

The security forces in Jammu and Kashmir are trying hard to finish terrorism in the Valley. And this winter, there is a shift in strategy of forces. Security agencies are focussing on neutralising foreign terrorists mostly Pakistanis in the coming three months.

''If one foreign terrorist comes in the valley, it means he will be recruiting 4 local boys into the terror ranks. And that's why we are focussing on foreign terrorists and want to neutralise all of them soon. Mostly to stop the recruitment of young boys into these terror outfits,'' said Vijay Kumar, IG Kashmir.

The security forces believe that winters are the best opportunity for them to neutralise these foreign terrorists. As the higher reaches are completely covered in snow, these terrorists come down to plains during the harsh winter months in the valley and that's when security forces want to strike against them. And the new strategy has already been implemented on the ground. Six foreign terrorists have already been killed in the first two weeks of January 2022.

''We have always seen that terrorists during the snowfall leave the higher reaches and come down to plains and villages. They go back to these higher reaches in summers. So, the months of January, February and March are the time we need to utilize to the fullest. We along with security forces want to neutralise as many foreign terrorists as possible. '' said Vijay Kumar, IG Kashmir.

The new strategy has been put in place by security forces as they have received information that foreign terrorists numbering around 85 in Kashmir have been directed by the Pakistani handlers to recruit as many locals and train them in the valley only. This comes after the tight security vigil on the LoC which has led to the least number of infiltrations in the last one years. And this seems to have frustrated the terror handlers from across the border as they are not able to push terrorists and arms into the valley.

Security forces recently claimed that there are less than 200 militants present in the Kashmir valley for the first time in 30 years and with this new strategy in place, security agencies believe they will be able to bring down the numbers further.