Coronavirus: Over 1.97 lakh travellers from 1,818 flights screened so far in India 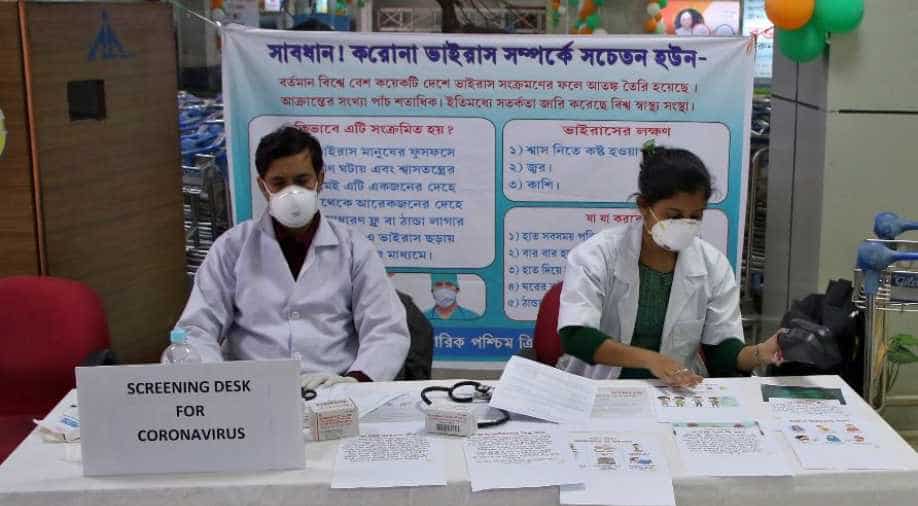 Health Minister Harsh Vardhan said that screening of passengers has been initiated at 12 major seaports and all minor ports in the country.

Over 1.97 lakh passengers travelling in 1,818 flights have been screened for novel coronavirus, Health Minister Harsh Vardhan said on Monday as he outlined the steps taken by the government to deal with the virus since its outbreak last month.

Issuing a suo motu statement in Lok Sabha, Vardhan also said that screening of passengers has been initiated at 12 major seaports and all minor ports in the country to identify passengers and crew members coming from China and to isolate them in case they are found symptomatic.

"As of today, a total of 1,818 flights have been screened covering a total of 1,97,192 passengers. Teams of specialist doctors were sent to all the airports to ensure effective screening and arrangement for isolation in the attached hospitals," Vardhan said.

In view of a confirmed case in Nepal, the government has initiated screening at all integrated check posts from Nepal in collaboration with Uttar Pradesh, Uttarakhand, West Bengal, Sikkim and Bihar, Sashastra Seema Bal (SSB) and Land Port Authorities, the health minister said.

"In our country, three positive cases have been reported so far from Kerala. All these cases have a travel history from Wuhan, China. They have been isolated and are reported to be clinically stable," Vardhan said.

The government has already constituted a GoM headed by the Health Minister to monitor coronavirus. Besides, gram sabhas are being organised in villages adjoining borders with Nepal to create awareness amongst people.

So far, 1,510 samples have been tested of which 1,507 were found negative. Three samples have tested positive and 27 samples are under process.

Vardhan said two Special Air India flights were operated between Delhi and Wuhan on January 31 and February 1 that brought back a total of 654 passengers -- 647 Indian citizens (including two Indian Embassy officials who were on the ground in Wuhan to coordinate the evacuation operation) and seven Maldivian nationals.

"I take this opportunity to thank Air India, its crew and our team of doctors and paramedical staff who executed this challenging operation and place on record the appreciation on behalf of this august house for their contribution," he said.

After the evacuation, the people are presently undergoing quarantine at special facilities created by the Indian Army in Manesar and by Indo Tibetan Border Police (ITBP) in Chawla Camp. 10 of the evacuees who were symptomatic have been shifted to isolation. All of them have tested negative for this disease and are stable. All other evacuees are being medically examined on a daily basis and are healthy, Vardhan added.

The minister said India has provided support to other countries in tackling the challenge posed by the disease. ICMR has offered to do testing of samples for other South-East Asian Region countries.

"Testing of samples from the Maldives has already been undertaken. Request from Afghanistan for samples testing has been agreed to. We have agreed to provide technical assistance to Bhutan in managing this infectious disease and screening of passengers also.

Using integrated disease surveillance network, all persons are tracked and the government is following 9,452 passengers across 29 states/UTs.

The state surveillance officers, district surveillance officers and rapid response teams of health professionals under the leadership of state Health Secretaries are monitoring all such people on a daily basis, he said. Sufficient isolation beds have been made available in tertiary facilities across the country to manage any outbreak.

369 symptomatic travellers have been referred to isolation facility and are being monitored, Vardhan informed the House.

100% lockdown in 15 hotspots in Uttar Pradesh till April 15: State government