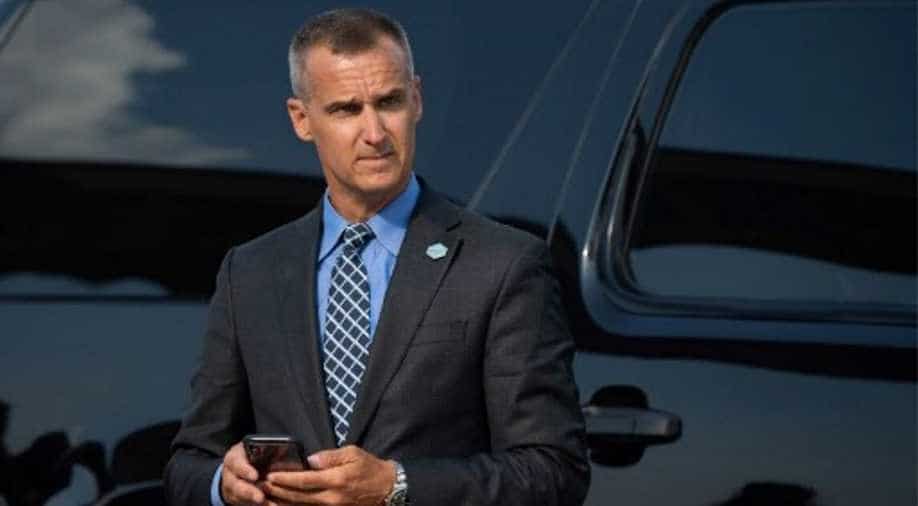 Late on Monday, the White House instructed Lewandowski not to discuss conversations he had with Trump after he became president, including an exchange at the White House that Democrats view as evidence that Trump obstructed justice and may need to be impeached.

Corey Lewandowski, President Donald Trump's former campaign manager and close confidant, is due to testify in Congress on Tuesday despite a White House effort to prevent him from talking about Trump's alleged efforts to impede the federal probe into Russian meddling in the 2016 presidential election.

Late on Monday, the White House instructed Lewandowski not to discuss conversations he had with Trump after he became president, including an exchange at the White House that Democrats view as evidence that Trump obstructed justice and may need to be impeached.

Lewandowski, who is mulling a run for the US Senate, is the first impeachment witness to appear before the House of Representatives Judiciary Committee since former Special Counsel Robert Mueller testified in July about his probe of Russian election interference and Trump's alleged efforts to impede the investigation.

Democrats, who hope to decide whether to recommend Trump's impeachment to the full House by year-end, had intended to grill Lewandowski about an effort by the president to persuade then-Attorney General Jeff Sessions to redirect the Mueller probe away from the 2016 Trump campaign.

Mueller did not determine whether Trump obstructed justice but did not exonerate him of possible wrongdoing.

White House Counsel Pat Cipollone told the committee in a letter on Monday that Lewandowski could not testify about conversations with Trump after he became president or with his senior advisers.

Cipollone's letter said they were "absolutely immune from compelled congressional testimony with respect to matters related to their service as senior advisers to the President."

"If he were to prevail in this cover-up while the Judiciary Committee is considering whether to recommend articles of impeachment, he would upend the separation of powers as envisioned by our founders," Nadler said in a statement, referring to Trump.

A Lewandowski spokeswoman, who had said earlier that the former campaign manager would cooperate fully with the committee, was not available for comment.
An attorney for Dearborn said he advised his client to comply with the White House's direction. Porter could not be reached for comment.

Described by Mueller as a Trump "devotee" who has a "close" relationship with the president, Lewandowski has said he intends to defend Trump.

"I want to go and remind the American people that these guys are on a witch hunt," the former campaign manager told Fox News Radio on August 16.

Republicans contend that the Mueller investigation uncovered no evidence of wrongdoing by Trump and denounce the Democrats' impeachment probe as theatrics intended to pander to voters.

In June 2017, Trump met Lewandowski, then a private citizen, at the White House and dictated a message he was to deliver to Sessions.

The message said Sessions should shift the Russia probe's focus to future elections despite his recusal from the investigation.

At a second meeting a month later, Trump asked about the status of the message and said Lewandowski should "tell Sessions he was fired" if he would not meet with the former campaign manager, according to the Mueller report.