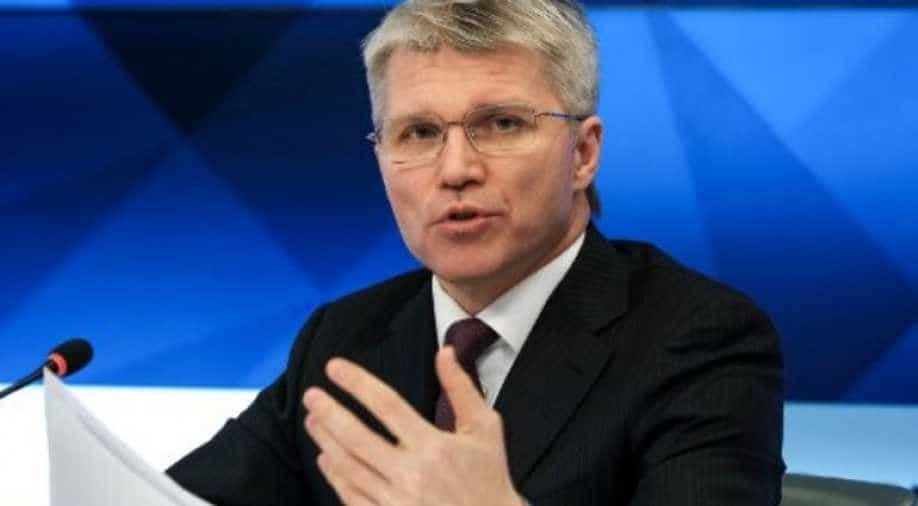 The electronic data handed to WADA investigators early this year came from RUSADA's former Moscow anti-doping laboratory. in September, WADA asked Russia to respond to "inconsistencies" in the data.

Russia's sports minister insisted Thursday that data handed to the World Anti-Doping Agency was not doctored, while WADA has asked Moscow to explain "inconsistencies."

The electronic data handed to WADA investigators early this year came from RUSADA's former Moscow anti-doping laboratory. in September, WADA asked Russia to respond to "inconsistencies" in the data.

"These are technical questions, they are linked to the system," Kolobkov insisted, according to TASS news agency.

"At a meeting shortly between specialists from Russia and WADA these questions may be cleared up.

"We are doing all we can to fulfil the obligations that we committed to last September and we fulfilled them," Kolobkov added.

He said the current controversy had nothing to do with athletes preparing for the 2020 Tokyo Olympics.

"Such questions only make our athletes, trainers and federations nervous," he said.

The current head of Russia's anti-doping laboratory, Yuri Ganus, has denied that his team had any involvement in falsifying data but has said that he believes there was manipulation.

In an interview with AFP last month, Ganus said he expected Russia to be banned from the Tokyo Olympics and the 2022 Beijing Winter Olympics over the doctored data.

He blamed unnamed Russian officials for manipulating the data handed over to WADA.

Kolobkov denied those claims, saying: "There was not any manipulation as the head of Russia's anti-doping laboratory, Yuri Ganus, has said. That's our position."

He said Russia had already selected more than 100 athletes to take part in the Tokyo Olympics next year and he expected a final total of around 400 to take part.

"We can expect good results from the Olympics," he said.

WADA is currently holding its world conference in the Polish city of Katowice and the scandal over Russian state-backed doping and institutionalised cheating has dominated the proceedings.

Speaking at the conference on Wednesday, Ganus blasted the "irresponsible and destructive actions" of Russian authorities and blamed the falsification of the data from the laboratory on "forces outside RUSADA."