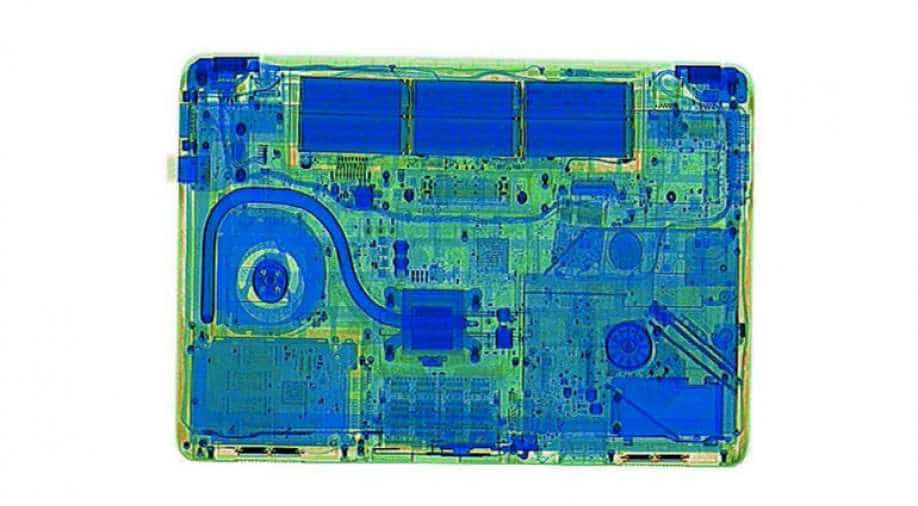 An illustration picture shows a laptop on the screen of an X-ray security scanner Photograph:( Reuters )

US might ban laptops from aircraft cabins on all flights in and out of the country as part of a ramped-up effort to protect against potential security threats. ||Airlines are concerned that a broad ban on laptops may erode customer demand.

The United States might ban laptops from aircraft cabins on all flights in and out of the country as part of a ramped-up effort to protect against potential security threats, US Homeland Security Secretary John Kelly said on Sunday.

In an interview on "Fox News Sunday," Kelly said the United States planned to "raise the bar" on airline security, including tightening screening of carry-on items.

In March, the government imposed restrictions on large electronic devices in aircraft cabins on flights from 10 airports, including the United Arab Emirates, Qatar and Turkey.

Kelly said the move would be part of a broader airline security effort to combat what he called "a real sophisticated threat." He said no decision had been made as to the timing of any ban.

"We are still following the intelligence," he said, "and are in the process of defining this, but we're going to raise the bar generally speaking for aviation much higher than it is now."

Airlines are concerned that a broad ban on laptops may erode customer demand. But none wants an incident aboard one of its airplanes.

"Whatever comes out, we'll have to comply with," Oscar Munoz, chief executive officer of United Airlines, told the company's annual meeting last week.

Airlines were blindsided in January when President Donald Trump issued an executive order banning entry for 90 days to citizens from Iraq, Syria, Iran, Libya, Somalia, Sudan and Yemen, sending airlines scrambling to determine who could board and who could not. The order was later blocked in the courts.

In the case of laptops, the administration is keeping the industry in the loop. Delta Air Lines said in a statement it "continues to be in close contact with the US Department of Homeland Security," while Munoz applauded the administration for giving the company a "heads up."

"We've had constant updates on the subject," he said. "We know more than most. And again, if there's a credible threat out there, we need to make sure we take the appropriate measures."

Kelly said that in order to avoid paying fees for checking bags, people were stuffing them to the point where it was difficult to see through the clutter.

"The more stuff is in there, the less the TSA professionals that are looking at what's in those bags through the monitors can tell what's in them."

The TSA has begun testing certain new procedures at a limited number of airports, requiring people to remove additional items from carry-on bags for separate screenings.

Asked whether the government would expand such measures nationwide, Kelly said: "We might, and likely will."