While US lawmakers took part in a prayer vigil on the first anniversary of the assault on the US Capitol, there were many who participated in another vigil in California to show support for the protestors who have been detained. Scroll below for images 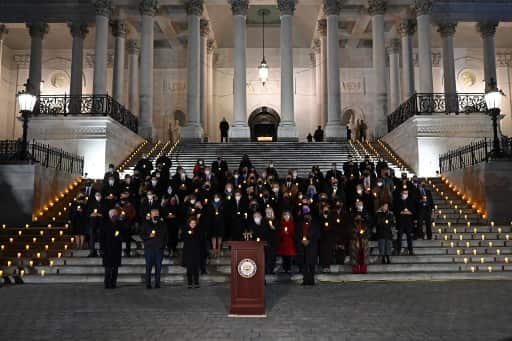 US Representative Steny Hoyer, US Senate majority leader Chuck Schumer, and Speaker of the US House of Representatives Nancy Pelosi, take part in a prayer vigil on the first anniversary of the assault on the US Capitol, on the east steps of the Capitol in Washington, DC. 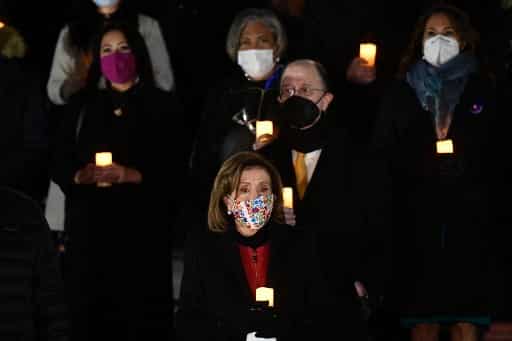 Over 187 protestors have been charged on account of committing violence. NPR data reveals that over 140 police officers suffered injuries because of these riots.

As per the media outlet, those facing charges served in nearly every branch of the military, including the Marine Corps and Air Force. The accused also involve current and former police officers from police departments. 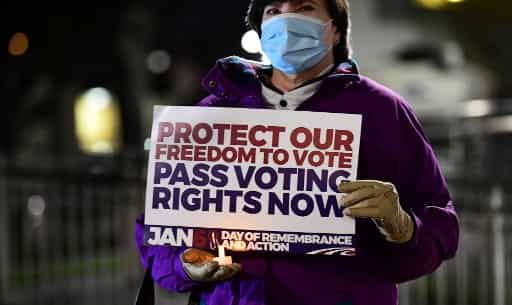 'Protect our freedom to vote'

In the above image, a woman can be seen holding a card which says "Protect our freedom to vote" as political activists gather for a "Never again" rally and candlelight vigil in Whittier, California. 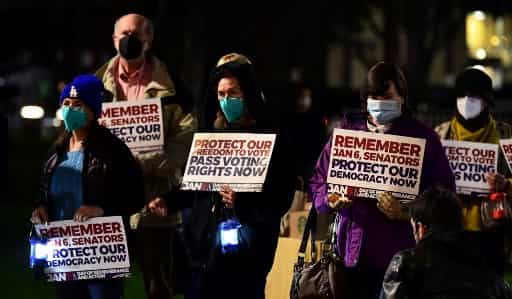 Few key faces of the riot

While many have been sentenced, there were a few key members of the riot, which will be remembered for a long time. This includes the ‘QAnon Shaman,' Kevin Seefried, Aaron Mostofsky, who wore fur pelts.

Jacob Chansley, known as the QAnon Shaman for his horned headdress was sentenced to 41 months in prison in November. Seefried, of Laurel, Delaware, became a popular face of the riot after he was seen with a confederate battle flag inside the US Capitol. 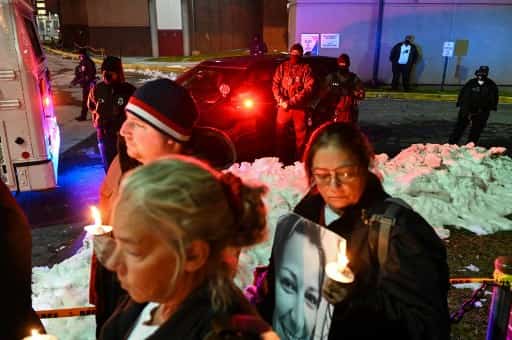 In support of prisoners

There were also people who took part in the vigil to show support for three dozen prisoners held there in charges related to the January 6, 2021 insurrection.

While most protestors are still awaiting trial, 76 people, who have been charged with serious crimes- including assault or conspiracy, are being held in pretrial detention. A total of 74 sentences have been handed down so far.