How rebels, non-state actors have enhanced strike capabilities after 9/11 attack

As the United States marks the 19th anniversary of the shocking 9/11 attack that was orchestrated by al Qaeda leader Osama bin Laden, let's take a look how drones have become one of the world's favourite instrument of war. 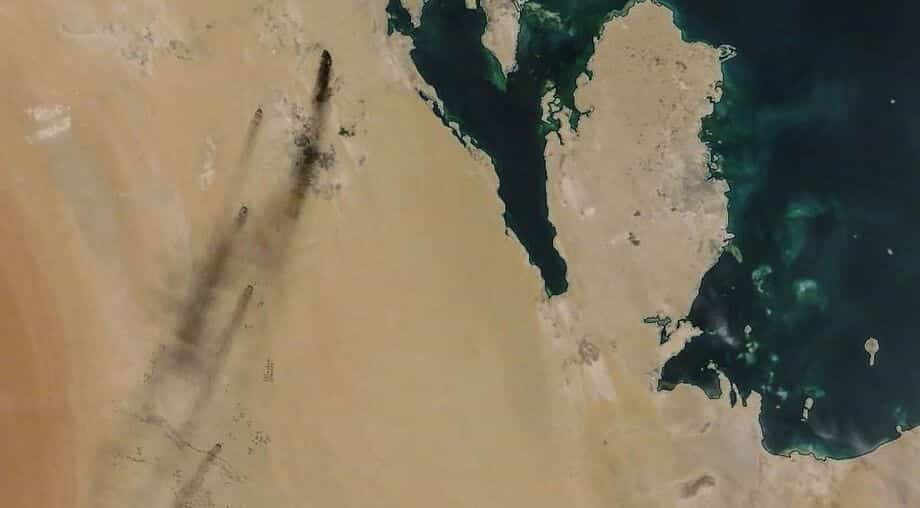 Drones' use as primary weapon

As Yemen's Houthi group announced they were responsible for the attack on Saudi Arabia's Aramco's oil processing plant, the US policy of drone attacks started in the aftermath of the September 11 terror attacks in New York and Washington has come under the spotlight.

Drones were used as a primary weapon on the "war on terror" by the Bush administration to decimate al-Qaeda in Afghanistan and Pakistan. It was later adopted to wipe out terrorists in Yemen as Osama bin Laden's network spread its wings across Asia and Africa.

The US predator drones with deadly hellfire missiles were used extensively in Yemen in 2002. According to reports, the US first used the deadly weapon to take out an al-Qaida operative in Yemen's Mar’ib province. The Bush administration then extended it to Pakistan targeting Taliban and al-Qaida leaders who were seen to be hiding in the Afghanistan-Pakistan border areas. 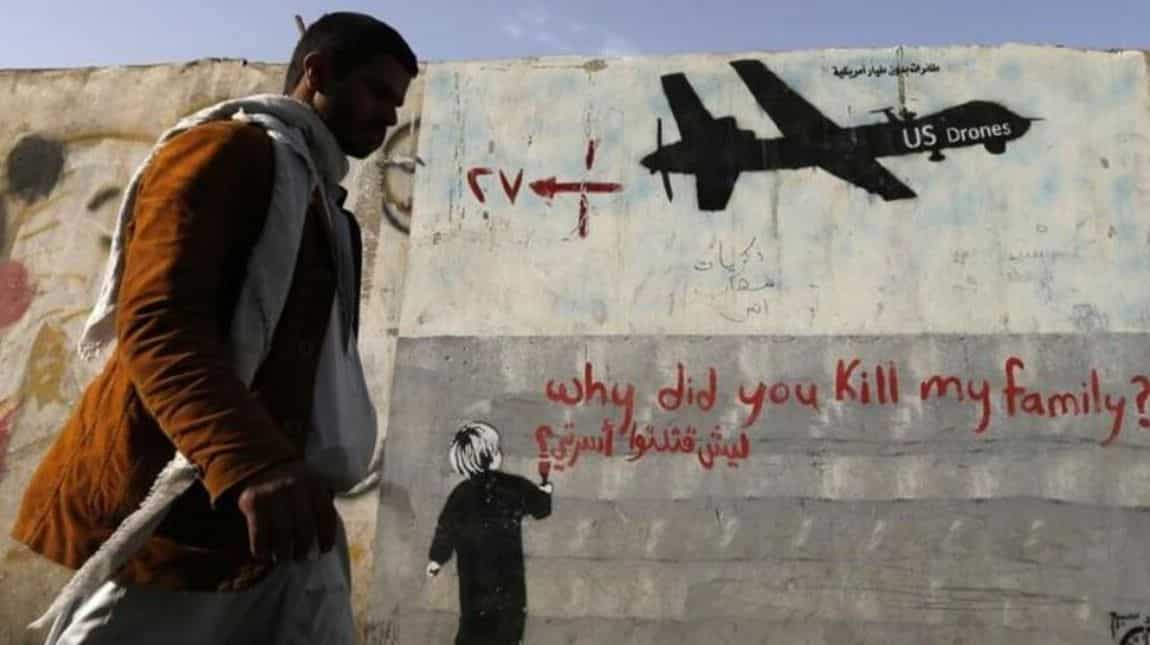 Under the Obama administration, drone strikes as a strategy to target terrorists was put in high gear.

Unlike the Bush administration which did not release the number of strikes undertaken and the casualty list, under the Obama government, the US was bound to "acknowledge" responsibility for civilians killed during strikes.

The US Director of National Intelligence was also required to put together a list of the number of strikes in areas outside active hostile areas, including the number of combatants and non-combatants killed during a drone strike. 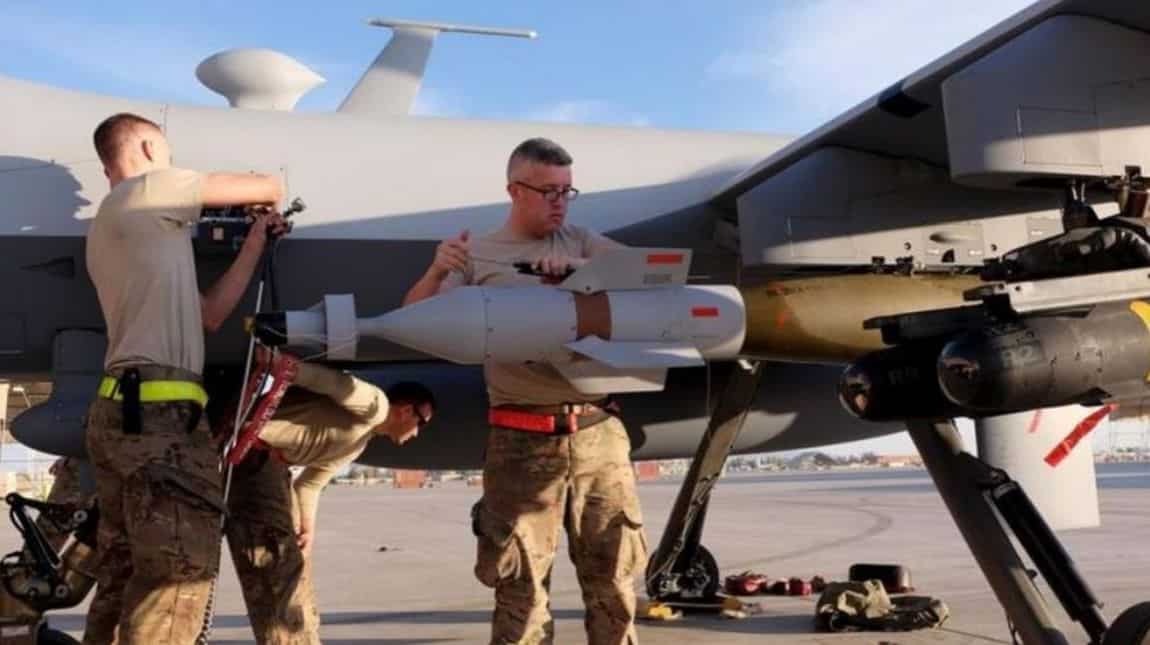 US drone attack in Pakistan

According to a paper published by the International Bar Association’s Human Rights Institute (IBAHRI) in 2017, the US undertook as many as 428 drone strikes in Pakistan with 2,511 casualties with at least 424 minimum civilians reported killed since 2004.

IBAHRI report says a maximum of 4,020 were killed by drones since 2004 with maximum civilian casualties reaching 969.

The coalition drone strikes including the US attacks in Afghanistan since 2004 was 2,920 in which a minimum of 2,849 people were killed with a minimum of 142 civilian casualties.

The report said a maximum of 3,718 people were killed as a result of drone strikes in Afghanistan. 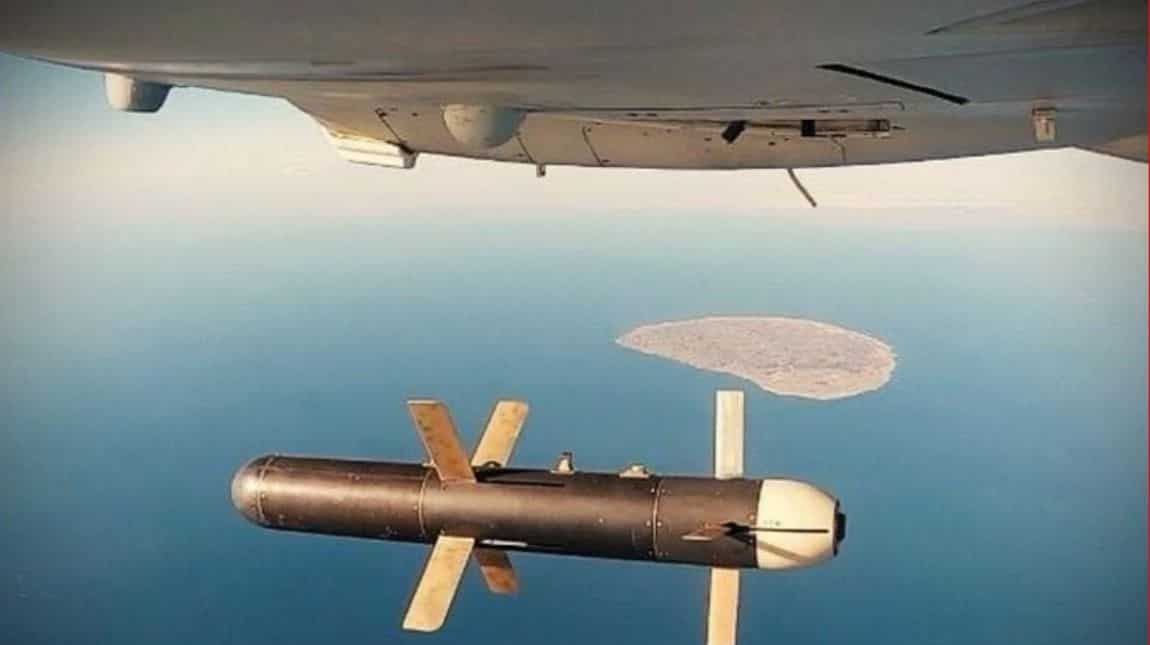 China on the other hand is not only ramping up its drone programme but has even started exporting them. China’s much touted Rainbow military drones were eyed by several countries including Saudi Arabia, Iraq and “10 other” nations.

A few years ago, the Iraqi defence ministry had released a video showing a Chinese made drone -CH-4B - carrying out a missile attack on an Islamic State target. 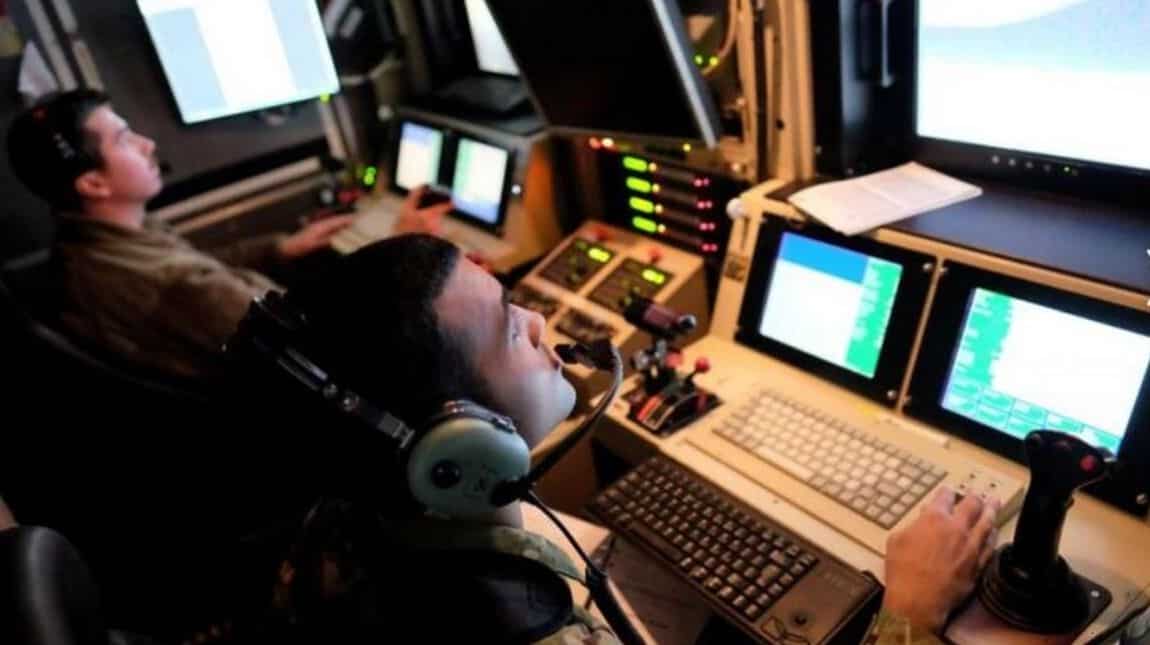 The legality of drone strikes has been a topic of hot debate around the world ever since they were used as weapons of war.

Under Common Article 2 of the Geneva Conventions, an international armed conflict will exist in ‘all cases of declared war or of any other armed conflict which may arise between two or more of the High Contracting Parties, even if the state of war is not recognized by one of them’.

Drones have in the last few years have increasingly been used by non-state actors. Last year, Venezuelan President Nicolas Maduro was reportedly attacked by drones as he addressed a military parade in Caracas. The reported attack was captured by state television and circulated on social media showing people running away as confusion spread. 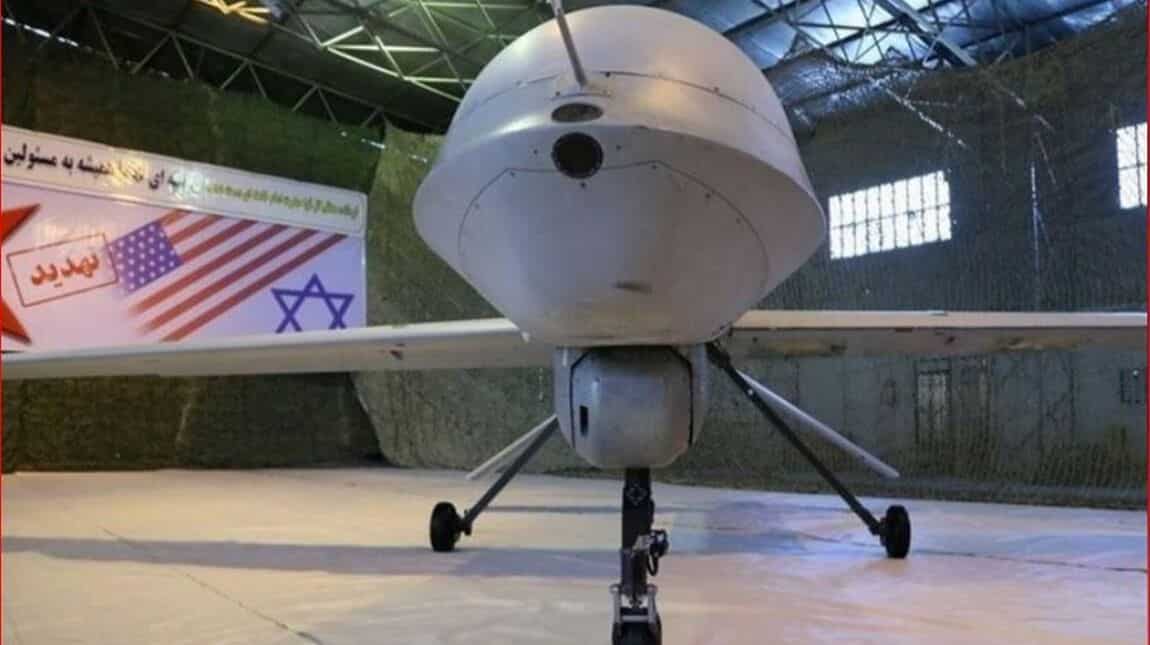 Israel has also reportedly used drones across its borders in order to protect itself. On September 9, Hezbollah said it had downed and taken possession of an Israeli drone in south Lebanon after a flare-up at the border with Israel around a week ago.

The drone is now in Hezbollah's possession, the group said in a statement.

The incident happened a week after Hezbollah and Israel exchanged cross-border fire marking their fiercest shelling exchange since the 2006 Lebanon war.

An Israeli military statement said one of its drones "fell inside southern Lebanon during routine operations". It did not say why the drone crashed, but added that "there is no concern information could be taken from it".

An Israeli military spokeswoman said it was a "simple drone" without elaborating. The latest attack by Yemen's Houthi's on Saudi Arabia's Aramco's oil facility has stunned the world and brought the focus back on drones as an instrument of war.

According to Houthi military, the attacks on Aramco plants in Abqaiq and Khurais in Saudi Arabia's eastern region were carried out by drones with "normal and jet engines".

Although Yemen's Iran-aligned Houthi group claimed responsibility for the damage, but the US has pointed the finger directly at Iran.

US President Trump siding with Saudia Arabia said the US was "locked and loaded" to respond to attacks on Saudi oil infrastructure that Washington blamed on Iran.

"Saudi Arabia oil supply was attacked. There is reason to believe that we know the culprit, are locked and loaded depending on verification, but are waiting to hear from the Kingdom as to who they believe was the cause of this attack, and under what terms we would proceed," the US president said. 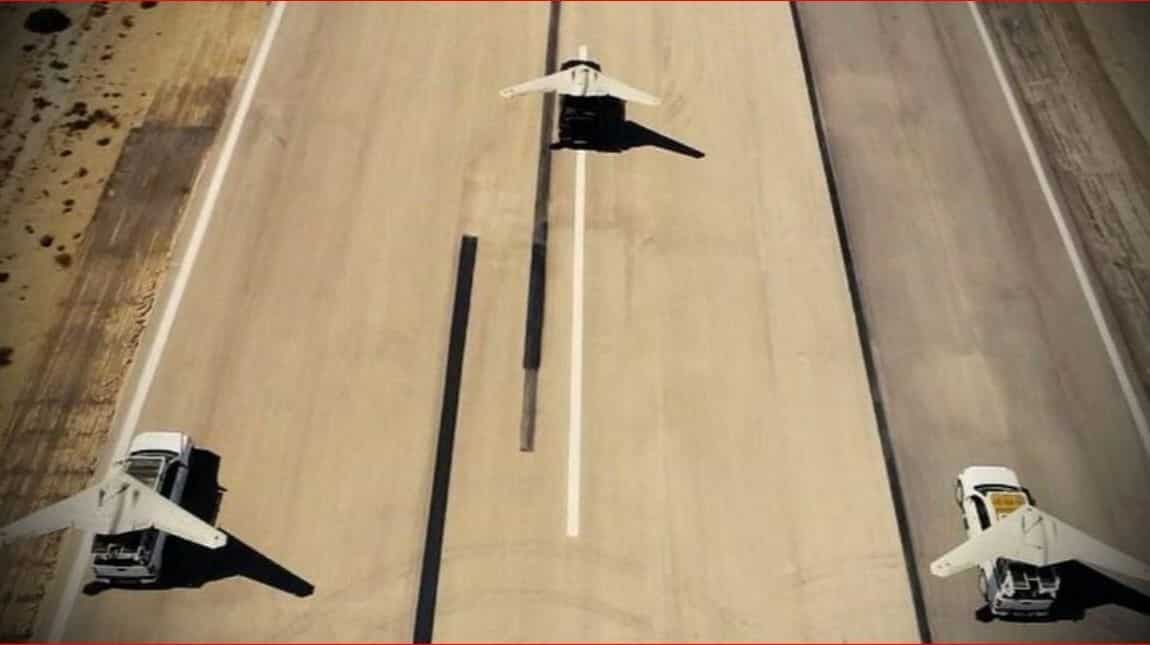 Absence of a consistent legal framework

The drone war has now entered unknown territory with rebel groups using it to target facilities across the border.

In the absence of a consistent legal framework and the prevalence of technology has made it easier for groups and non-state actors to produce and execute drone attacks.

The attack on energy facilities has opened a whole new dimension with strikes no longer confined to military targets. As the strikes occurred, Saudi de facto ruler Crown Prince Mohammed bin Salman said the kingdom is "willing and able" to respond to this "terrorist aggression".

Saudi's energy infrastructure has been hit by the Huthis many times before, but this strike was of a different order, abruptly halting 5.7 million barrels per day (bpd) or about six per cent of the world's oil supply.

In an uncertain world riven with conflicts, drones have now become a new deadly force.