As violence flares in Hong Kong, a look at controversial anti-mask ban

Hundreds of protesters, almost all masked, staged an unsanctioned march through the popular shopping district of Causeway Bay, a day after the city's leader outlawed face coverings at protests invoking colonial-era emergency powers not used for half a century. 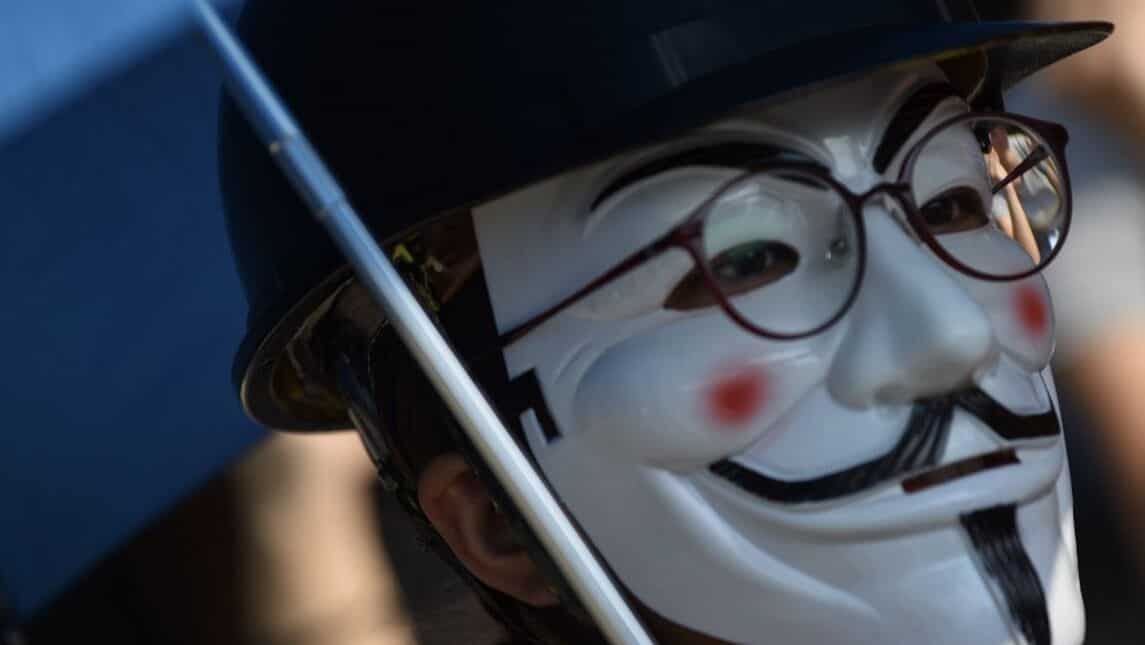 Hong Kong's embattled leader Carrie Lam on Friday invoked colonial-era emergency powers for the first time in more than 50 years in a dramatic move intended to quell escalating violence in the Chinese-ruled city.

Under this legislation, Lam said she would enact a new regulation banning face masks, which have been widely used by protesters to hide their identities over nearly four months of unrest. 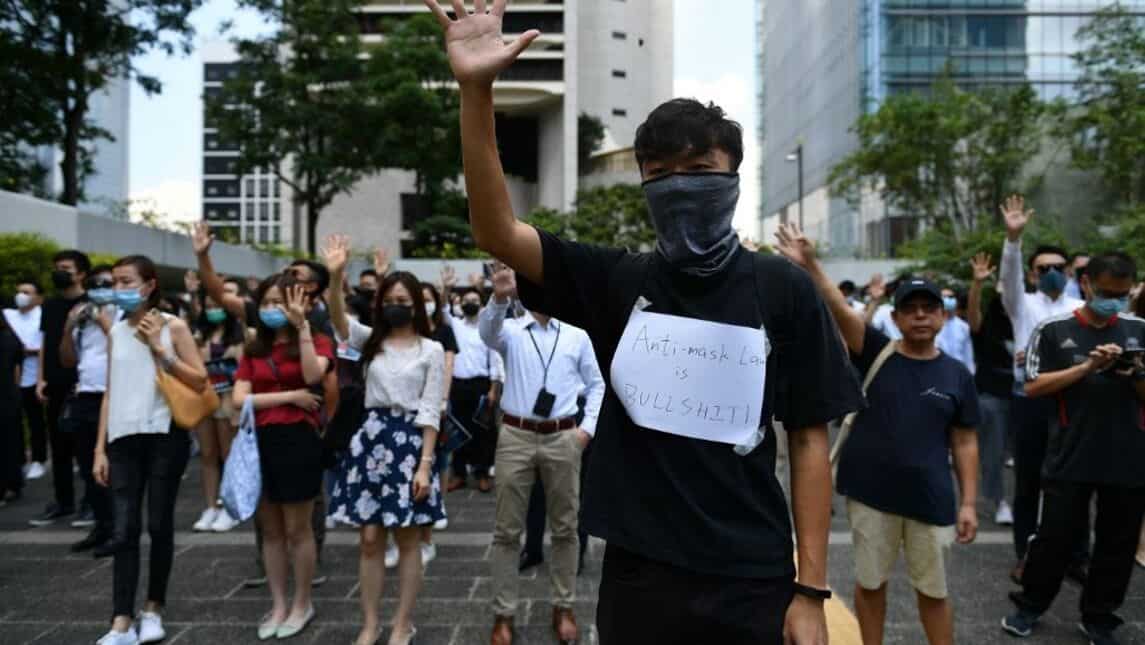 What is the face anti-mask regulation

The law prohibits masks or other facial coverings during public meetings and processions, as well as unlawful assemblies and "riots". Offenders could be jailed for up to one year and fined up to HK$25,000 ($3,190). 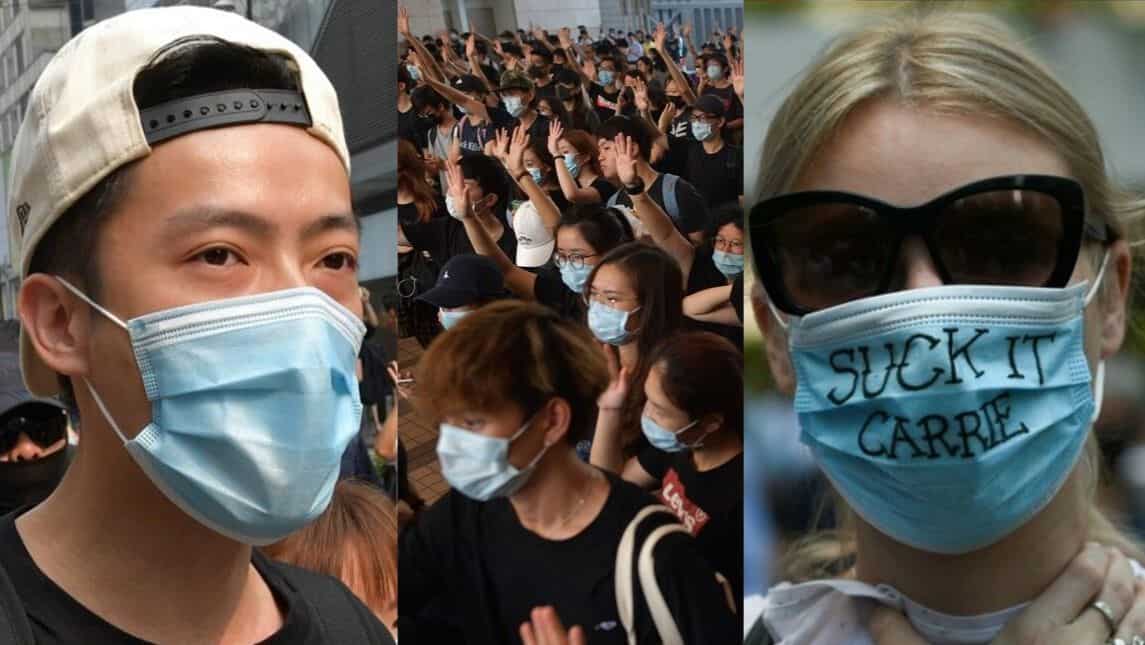 Hong Kong has a deeply-ingrained culture of mask-wearing, stemming in part from public health crises in recent decades, particularly the SARS and bird flu outbreaks. Many people routinely wear masks on trains and buses across the congested city, and teachers and pupils often wear them in schools. Police walking into courts often sport them, too. 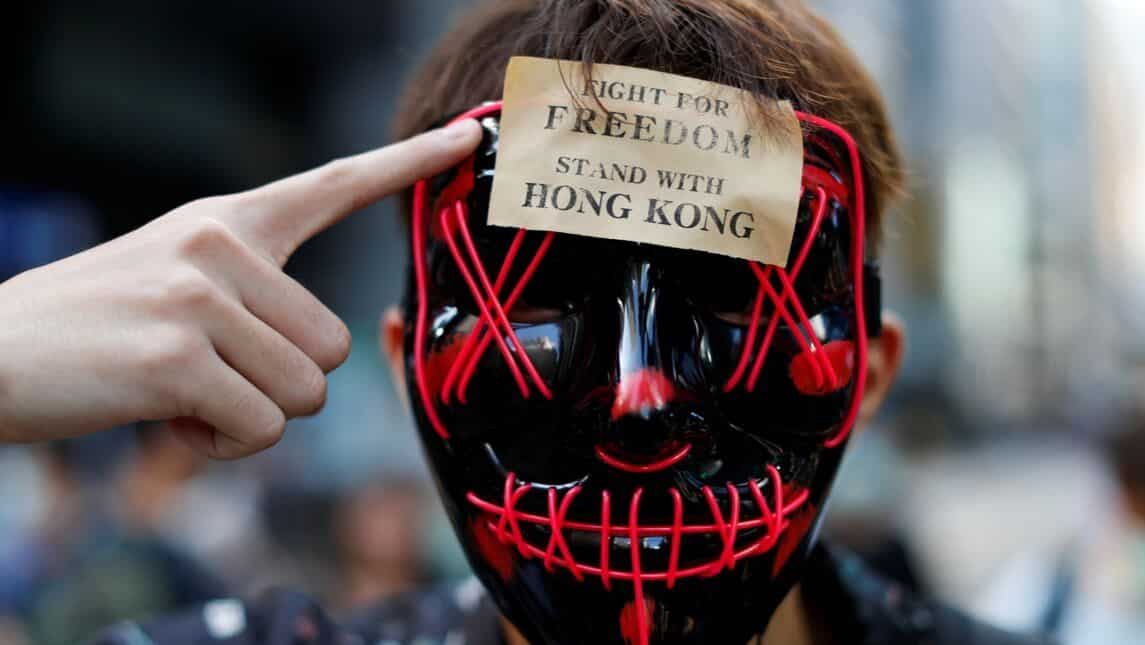 One factor promoting the widespread use of masks during peaceful protests is growing fears among workers that, despite the right to protest being a core Hong Kong freedom, they could face trouble with their employers, particularly if business owners have close connections to Beijing. 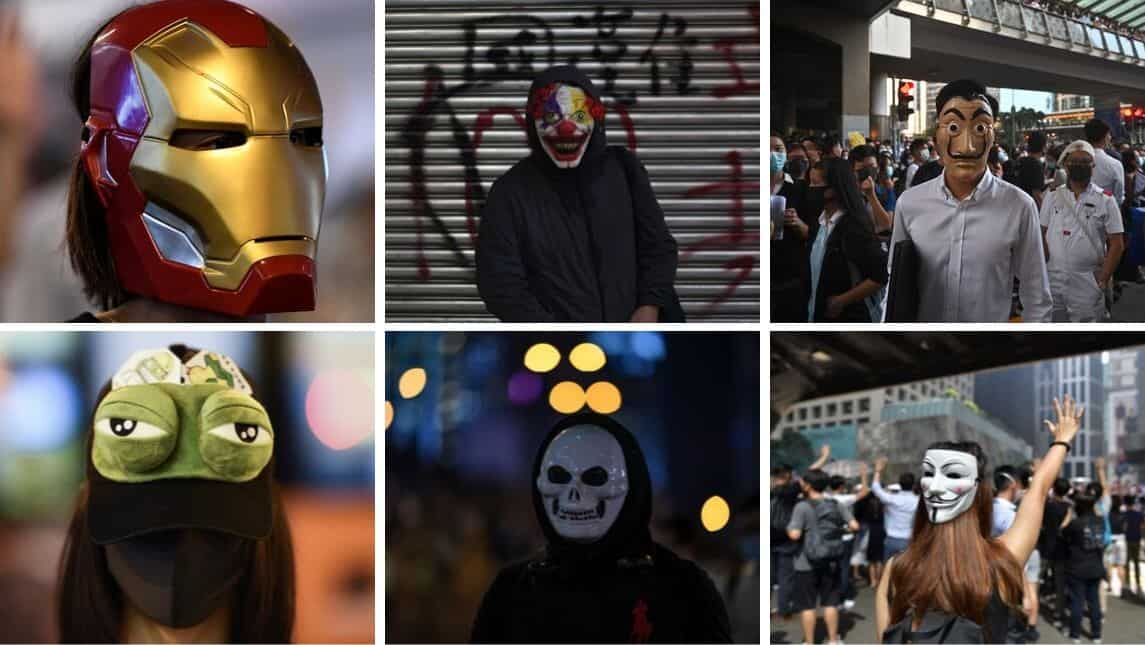 Soon after the ban, thousands gathered in the central business district and some shopping malls, with many sporting masks and chanting.

The large crowds blocked roads in several districts, as people denounced the law and chanted for Hong Kong's liberty and full democracy. 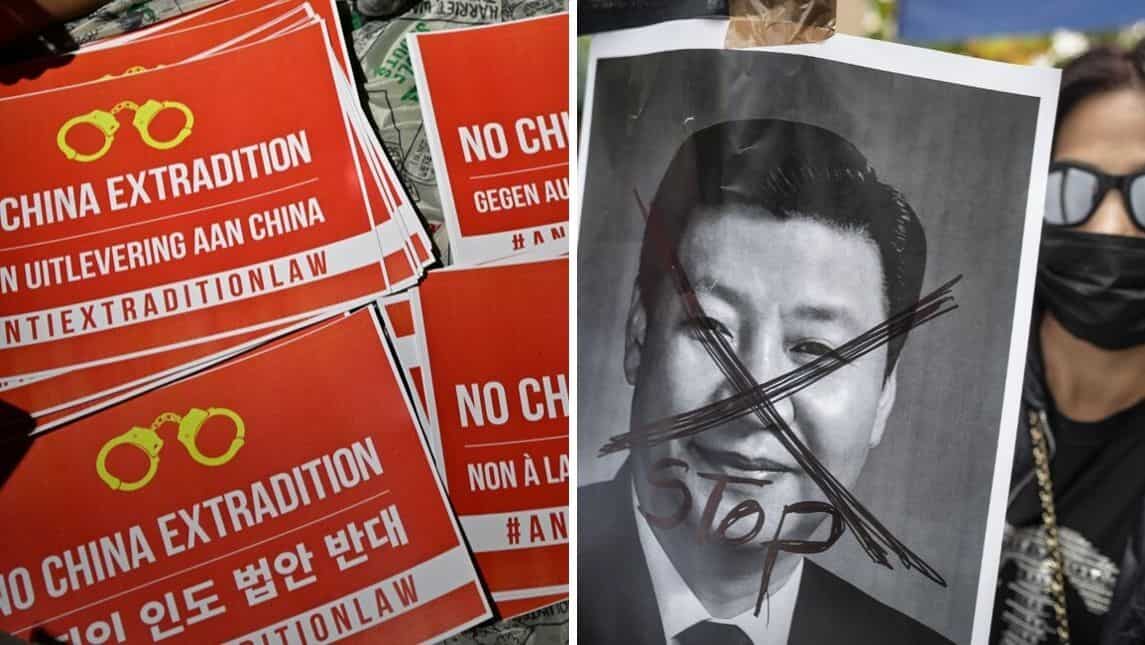 The former British colony is embroiled in its biggest political crisis since its handover to Beijing in 1997.

What began as opposition to proposed extradition law, that could have seen people sent for trial in mainland courts, has grown into a broad pro-democracy movement and a serious challenge to Chinese leader Xi Jinping. 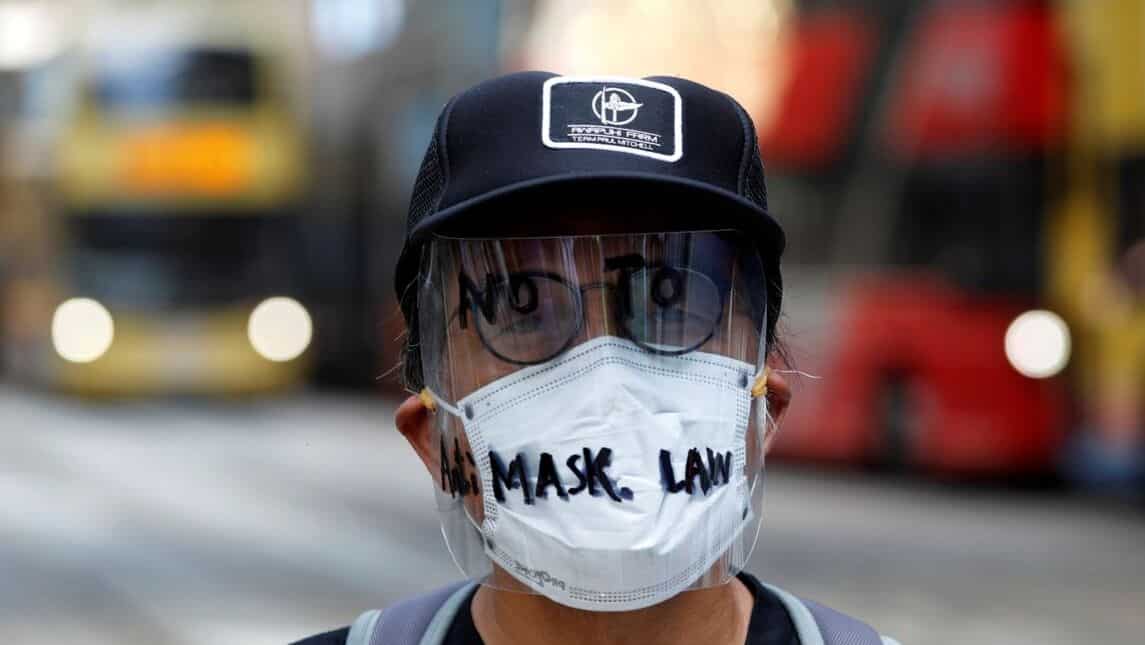 Meanwhile, pro-democracy lawmakers criticised the move, saying new laws must involve legislative scrutiny and approval. Some critics have already said they might seek a judicial review to challenge the anti-mask law. 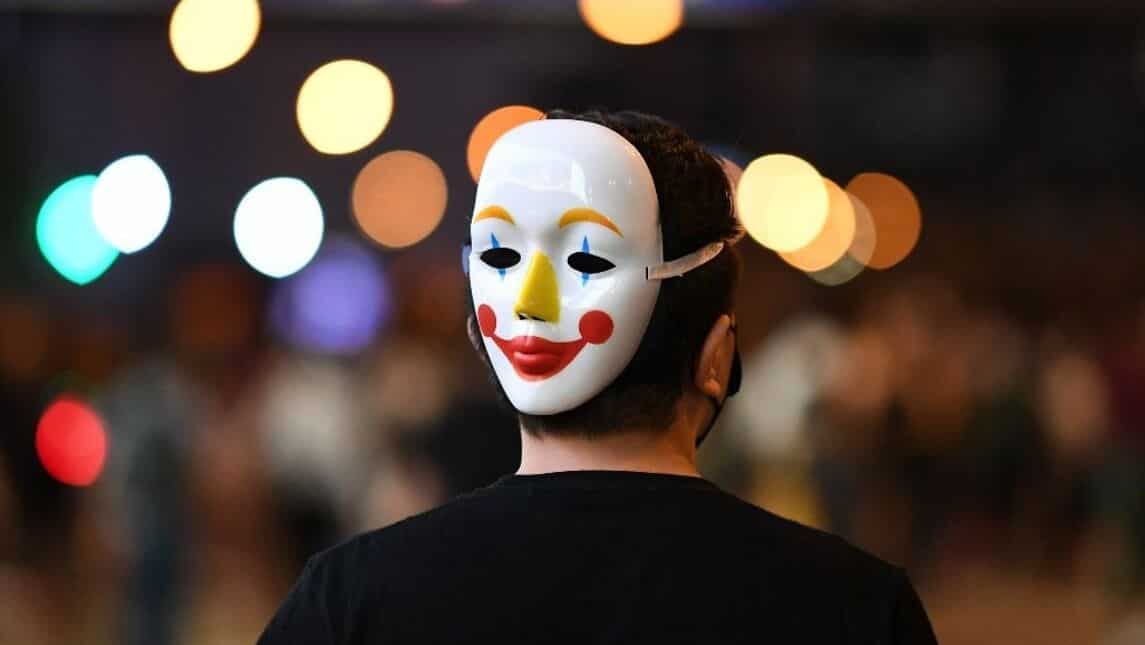 China's Hong Kong Affairs Office later said it supported the anti-mask law, warning that the protests were evolving into a "colour revolution" - a term coined to refer to popular uprisings in Ukraine and other former Soviet states that swept away long-standing rulers - with interference from external forces.