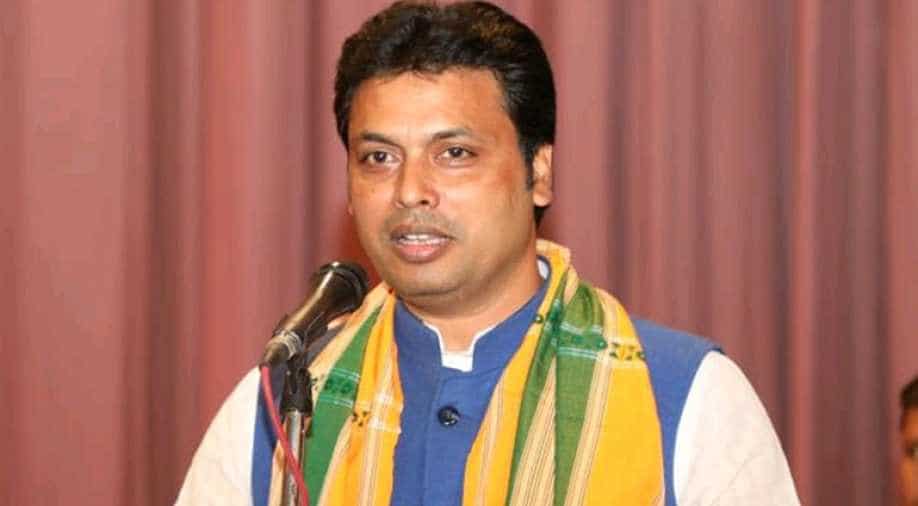 Chief Minister Biplab Kumar Deb on Saturday said if the youths of Tripura take the fitness challenge campaign of the union sports minister, they would become healthy and the health of the state would improve too.

PM Modi had reportedly claimed that he had 56-inch chest during his campaigns before the 2014 general election to lash out at the incompetence of his opponents.

Mr Deb said he had himself accepted Union Sports Minister Rajyavardhan Singh Rathore's fitness challenge and tweeted that he does 20 push-ups.

Mr Deb said he has requested the union sports minister to provide more funds to develop sports infrastructure in Tripura.

Mr Rathore, he said, agreed to develop a sports complex and sought 17 acres which would include all necessary facilities for sports.

He said sports stars should be involved in annual sports events of schools and other programmes to encourage promising talents across the state.

Sports and Youth Affairs minister Manoj Kanti Deb said stress would be laid on Kabaddi, Judo, basketball, and football and other sports and expressed hopes of holding the National Games in the state in the future.