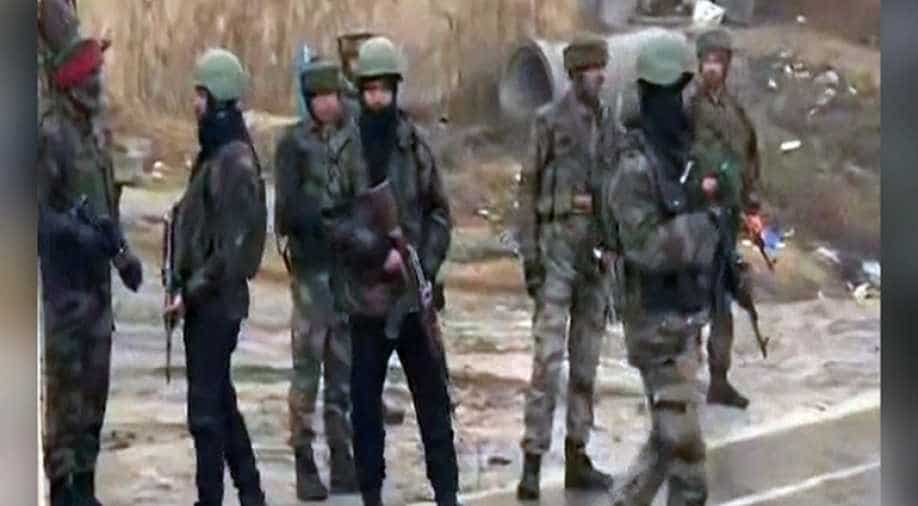 The site of the attack on the CRPF convoy in Jammu and Kashmir's Pulwama. Photograph:( ANI )

The incident took place when 2,547 CRPF personnel were going in a convoy of 78 vehicles from Jammu to Srinagar.

The attack on a CRPF convoy in Jammu and Kashmir's Pulwama district on Thursday by terrorists in which about 40 troopers were killed is the biggest attack on the paramilitary force in the Kashmir valley.

The incident was a suicide attack by Pakistan-backed Jaish-e-Mohammad, saw a van packed with explosives reportedly ram into a CRPF bus on the Srinagar-Jammu highway in Lethpora town, about 30 km from Srinagar, killing 40 personnel and injuring many.

The incident took place when 2,547 CRPF personnel were going in a convoy of 78 vehicles from Jammu to Srinagar.

The biggest attack against CRPF took place in Dantewada in Chhattisgarh when 75 CRPF personnel were killed in a landmine explosion set off by Maoists in April 2010.

Here is the chronological list of all major terror attacks on CRPF in Jammu and Kashmir in the last two decades.

June 3 2016: Terrorists target a CRPF bus at Pampore, killing two personnel before taking refuge in a government building. The two-day encounter ends with the killing of three soldiers including two officers and the two assailants. One civilian was also killed.

August 4 2004: Nine CRPF jawans were killed in a terrorist attack on their camp at Rajbagh in Srinagar. One terrorist was also killed in retaliatory action.