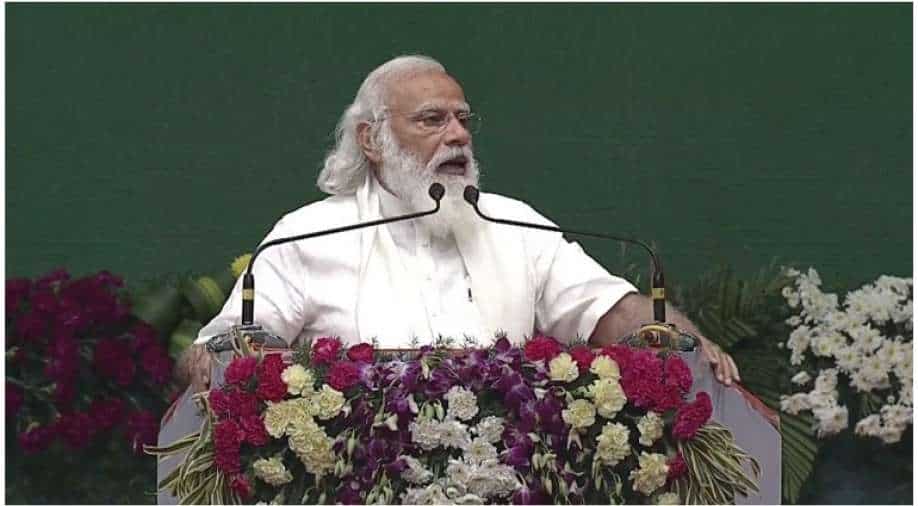 Prime Minister Narendra Modi on Sunday paid tribute to the security personnel who were killed in a terror attack in south Kashmir`s Pulwama in 2019.

"We pay tribute to all those men martyred in the Pulwama terror attack," Modi said during his visit to Chennai.

The Prime Minister said that the people were proud of Indian security forces and their bravery would continue to inspire generations.

On February 14, 2019, a car filled with explosives had exploded near a Central Reserve Police Forces convoy while on way to Srinagar from Jammu, killing 40 men.

Modi inaugurated a slew of infrastructure projects which he said were examples of innovation and the idea of `Swadeshi` which would promote development.

The Prime Minister said that the Chennai Metro Phase-1 project had been completed within stipulated time despite the coronavirus pandemic. Its civil construction activities were completed by Indian contractors which symbolises `Atmanirbhar` Bharat, he added.