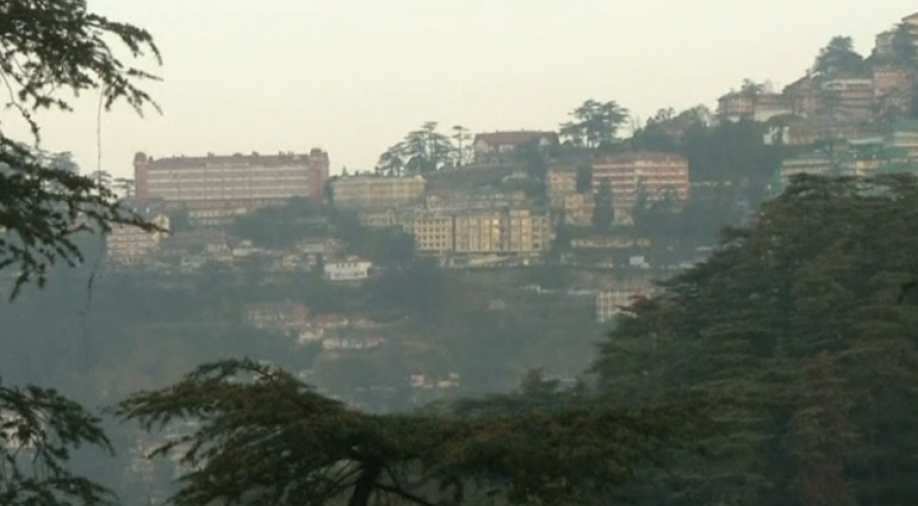 Any person found damaging forest area or hills without permission would be liable to pay fine not less than Rs 5 lakh, the National Green Tribunal said. Photograph:( Reuters )

The National Green Tribunal on Thursday banned construction, residential or commercial, within three metres of the national highways in the entire state of Himachal Pradesh.

The tribunal also banned new construction in any part of "green, forest and core areas" in the northern hill state, PTI reported.

Any person found damaging forest area or hills without permission would be liable to pay a fine not less than Rs 5 lakh, the NGT said.

The tribunal rapped the Himachal Pradesh government for permitting indiscriminate construction and said it has failed to discharge its constitutional obligations and it was this failure that has exposed picturesque Shimla to natural and man-made disasters.

"If such unplanned and indiscriminate development is permitted, there will be irreparable loss and damage to the environment, ecology and natural resources on the one hand and inevitable disaster on the other," the bench said.

It also reiterated its earlier order banning the use of plastic bags in Shimla and asked the authorities to ensure that no such material is "used, stored and sold" by the shopkeepers.

The tribunal also made rain water harvesting system mandatory for all the building plans and held that even the old buildings must be provided with such system within three months.

The bench also directed the state government to prepare an action plan for providing appropriate infrastructure, water and sewerage facilities, roads and other public amenities in the areas which lack such facilities.

The judgement came on a plea filed by Himachal Pradesh resident Yogendra Mohan Sengupta and Sheela Malhotra who sought a detailed study on the carrying capacity of hills in Shimla.