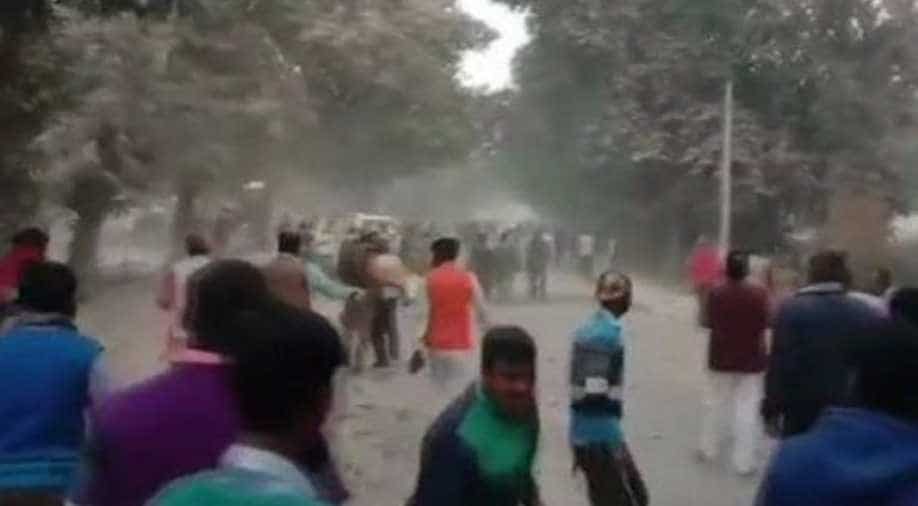 Nishad Party president Sanjay Nishad has denied any involvement in the stone pelting incident that led to the death of a police constable in Gazipur on Saturday.

"We need proper investigation in the case. It is BJP who is plotting against us. Not our party workers but BJP workers threw stones at people. We're taking our demand of reservation ahead in a democratic manner. If my party workers are found guilty, we will take strict action against them. It is easy to blame the weak as Yogi ji and Modi ji are in power," Sanjay Nishad said,

A police constable was killed and seven others suffered injuries in a stone-pelting incident by a mob that took place following Prime Minister Narendra Modi's event in Gazipur.

Two other civilians were injured in the incident.

The protesters who pelted stones at the police personnel leading to his death allegedly belonged to the Nishad Party who had organised a protest in support of their demand of reservation, police said.

The mob pelted stone after the police arrested some of the leaders of the party as a precautionary measure ahead of the event.

One of the police constables who was posted in the Prime Minister duty succumbed to his injuries after he was hit by a stone during the protest.

Meanwhile, the police have registered an FIR against 32 people in the death of the constable.

MP Pathak, CO City, Ghazipur on the stone pelting incident that claimed life of a police constable yesterday: 32 people have been named in the FIR. 60 unnamed people also mentioned in the FIR. A few people have also been arrested. pic.twitter.com/rqTNBdypp5

"Two others were injured in the incident and have been admitted to the district hospital for medical assistance. Uttar Pradesh Chief Minister Yogi Adityanath has taken cognizance of the unfortunate death of Constable Suresh Vats and has announced Rs 40 lakh compensation for the wife of the deceased", informed Chief Minister's office.

The Chief Minister has also directed the DM SSP to take strict action against the unruly elements and make an immediate arrest.