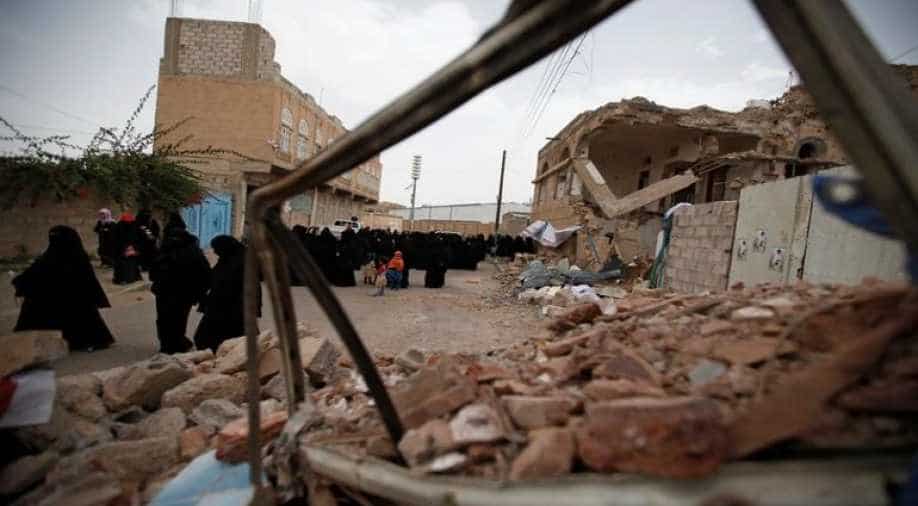 Follow Us
Residents of a village in central Yemen said Iran-allied Houthi fighters shot dead seven farmers on Thursday while searching for the leader of a pro-government militia.

Peace talks in Kuwait between Yemen's government and the Houthis to end a civil war have dragged on for two months with few concrete results. A truce that began on April 10 has dampened fighting, but skirmishes continue almost daily.

Residents of the village of Nadara in Ibb province said the Houthis could not find the militia commander but blew up his house and killed seven men working in the fields.

Saudi Arabia and its Gulf Arab allies intervened in Yemen's war in March 2015 on behalf of the internationally backed government of President Abd-Rabbu Mansour Hadi. The conflict has killed at least 6,400 and caused a humanitarian crisis.

The Houthis said the attack was a raid on a "terrorist cell" and that eight al-Qaeda fighters had been killed in the operation, according to the Houthi-run state news agency, Saba.

Al Qaeda in the Arabian Peninsula (AQAP) has exploited the war to seize a vast swath of the country, winning new recruits and enriching themselves from oil smuggling.

There have been reports of al Qaeda militants joining pro-government and tribal fighters in battles against the Houthis in central Yemen.

However, the Houthis also routinely characterise the militia forces opposed to them as al-Qaeda militants and accuse the Saudi-led coalition of abetting AQAP's expansion, something the alliance denies.

The alliance members fear the Houthi movement is a proxy for their arch-rivals in Tehran, something the Houthis deny, and have launched thousands of air strikes in a bid to defeat them.