US troop presence in South Korea not 'on table' at Trump-Kim summit: Mattis 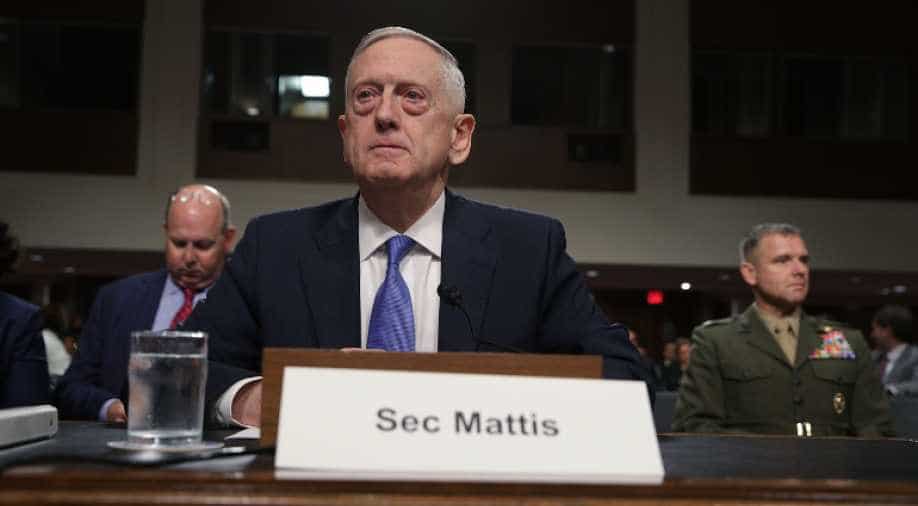 The issue of US troops stationed in South Korea will not be "on the table" at a summit between President Donald Trump and North Korea's Kim Jong Un, US Defense Secretary Jim Mattis said Saturday.

"That issue is not on the table here in Singapore on the 12th (of June), nor should it be," he said at the Shangri-La Dialogue, a security summit in Singapore, referring to the scheduled date of the Trump-Kim meeting.

There are currently some 28,500 US forces based in the South.

Trump said Friday he will meet Kim for the historic summit as originally scheduled after extraordinary Oval Office talks with a top envoy from Pyongyang.

Trump told reporters that denuclearisation -- and a formal end to the decades-old Korean war -- would be on the table in Singapore.

"That issue will not come up in the discussion with DPRK."

But he added: "Obviously if the diplomats can do their work, if we can reduce the threat, if we can restore confidence-building measures with something verifiable, then, of course, these kinds of issues can come up subsequently between (South Korea and the US)."

Last month, South Korean President Moon Jae-in dismissed claims that US troops stationed in the country -- based on Seoul's alliance with Washington -- would have to leave if a peace treaty was signed with the North.