US blood banks experiencing biggest shortage in a decade 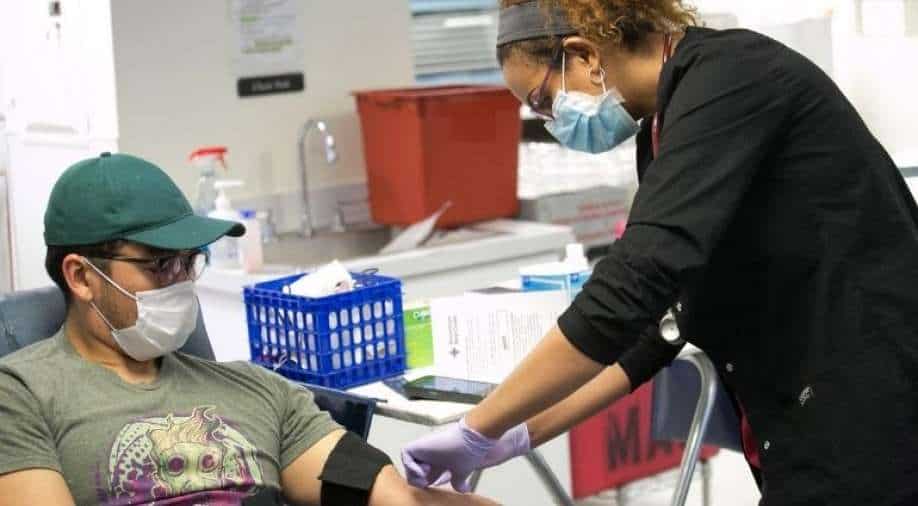 In this file photo, a man can be seen donating blood in a hospital in the United States Photograph:( AFP )

The pandemic has caused many supply-chain bottlenecks in everyday life, but few are as critical as the United States’ ever-shrinking blood banks. For the American Red Cross, which supplies about 40% of the nation’s blood, and other nonprofit blood centers, the problem lies mostly at the top of the chain: the diminishing number of healthy donors.

“This is the biggest challenge that I’ve seen in my 30 years in the business,” Chris Hrouda, president of biomedical services at the American Red Cross, said in an interview Thursday.

Donations of blood typically decline at this time of year, when holiday parties, wintry weather, seasonal illnesses, travel, and school and college breaks lead to lower donor turnout. But Hrouda said this month’s national supply had dipped to levels that the Red Cross has not seen in 10 years.

“We simply like to keep three days of inventory,” he said. “We’re struggling to keep one day.” Blood takes up to three days to be tested and prepared for patients.

Remote work, blood drive cancellations, and the limits that colleges and businesses have placed on the number of people allowed in public spaces have all reduced donor turnout.

“We just didn’t get as much access as we had hoped for this fall,” Hrouda said.

Compounding the problem, the Red Cross, like many employers, is struggling to attract and retain employees amid the pandemic.

The critical shortage leaves hospitals to more carefully allocate the precious resource. “We have not had to delay any cases yet, but we are very mindful" of what our blood supply is, said Dr. Jennifer Andrews, medical director of the Vanderbilt University Medical Center blood bank in Nashville, Tennessee. Blood donations are essential for surgeries, cancer treatment, chronic illnesses and traumatic injuries.

Vanderbilt, the only level-one trauma center in its region, has recalibrated the transfusions it uses to rescue patients — by using fewer red blood cells — to ensure that there is enough for all. “We still think that’s safe, and we know that saves lives,” Andrews said.

Other hospitals have altered treatment for some patients or canceled some patient surgeries, Red Cross officials said.

At Vanderbilt, “an elective surgery put off today is an emergency surgery tomorrow,” Andrews said. The medical staff has held two to three blood drives a month, up from one before the pandemic, to help replenish the center’s supplies, she said. But more is needed.

The nation’s blood supply also faced a critical shortage after March 2020 as the first wave of the coronavirus spread across the country. Blood drives were canceled when businesses closed, and many people — especially older Americans, who have traditionally been the most frequent donors — feared going into donation centers. At that time, the FDA eased some restrictions to help reverse the drastic drop in supply.

“We’ve overcome the fear of any sort of risk associated with a blood drive,” said Hrouda, who noted that the supply had largely bounced back until the delta variant began spreading over the summer. Blood bank directors are hoping that supply will once again catch up to demand.

“Every unit of blood is giving someone life,” Andrews said. “This holiday season, you can give the gift of life.”