Trump says 'only one thing will work' with North Korea 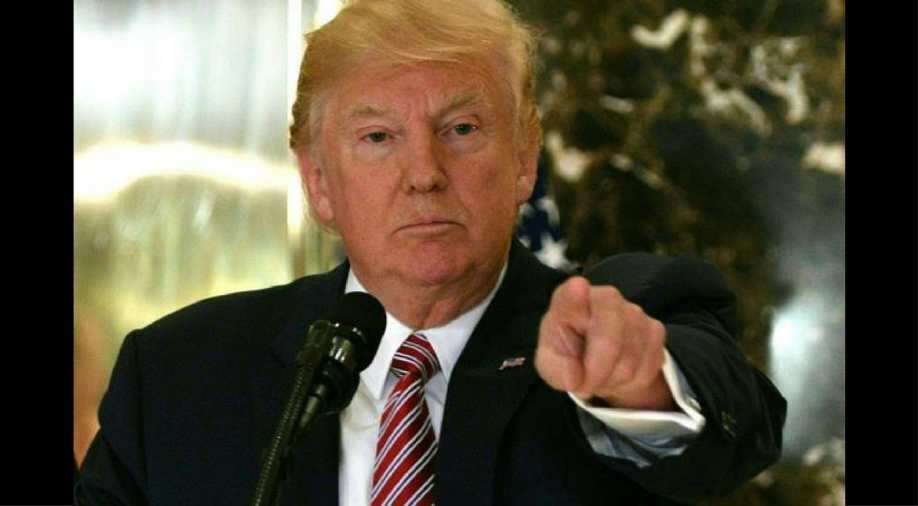 Trump said Pakistan has taken tremendous advantage of US over the years. Photograph:( AFP )

U.S. President Donald Trump on Saturday said "only one thing will work" in dealing with North Korea after previous administrations had talked to Pyongyang without results.

"Presidents and their administrations have been talking to North Korea for 25 years, agreements made and massive amounts of money paid," Trump said in a tweet. "...Hasn't worked, agreements violated before the ink was dry, making fools of U.S. negotiators. Sorry, but only one thing will work!"

Trump did not make clear to what he was referring, but his comments seemed to be a further suggestion that military action was on his mind.

The president has previously said the United States would "totally destroy" North Korea if necessary to protect itself and its allies from Pyongyang's nuclear threats.

Earlier this week, during a meeting with top U.S. military leaders and their spouses, Trump told reporters it was the "calm before the storm." Asked for clarification then on what he meant, Trump said: "You'll find out."

Speaking to reporters on Saturday ahead of a trip to North Carolina, Trump said he had nothing more to clarify.

White House spokeswoman Sarah Sanders referred to Iran and North Korea the following day when asked about Trump's "calm before the storm" comments.

Asked on Saturday about Trump's tweet, Sanders said she had nothing to add to the president's comments.

The Pentagon referred a question for clarification to the White House and said the Defense Department's job was to "present the president military options and carry out orders."

Trump repeatedly has made clear his distaste for dialogue with North Korea. On Sunday he dismissed the idea of talks as a waste of time, a day after Secretary of State Rex Tillerson said Washington was maintaining open lines of communication with North Korean leader Kim Jong Un's government.

Trump said on Saturday that he had a good relationship with his secretary of state despite some disagreements.

A Russian lawmaker on Friday was quoted saying North Korea was preparing to test a long-range missile that it believes can reach the west coast of the United States. Anton Morozov, a member of the Russian lower house of parliament's international affairs committee, was part of a Russian delegation that visited Pyongyang from Oct. 2-6, according to Russian RIA news agency.

North Korea's nuclear weapons and missile programs have driven up tensions in the region and around the world in recent months, particularly after it conducted a test explosion of what it said was a hydrogen bomb.