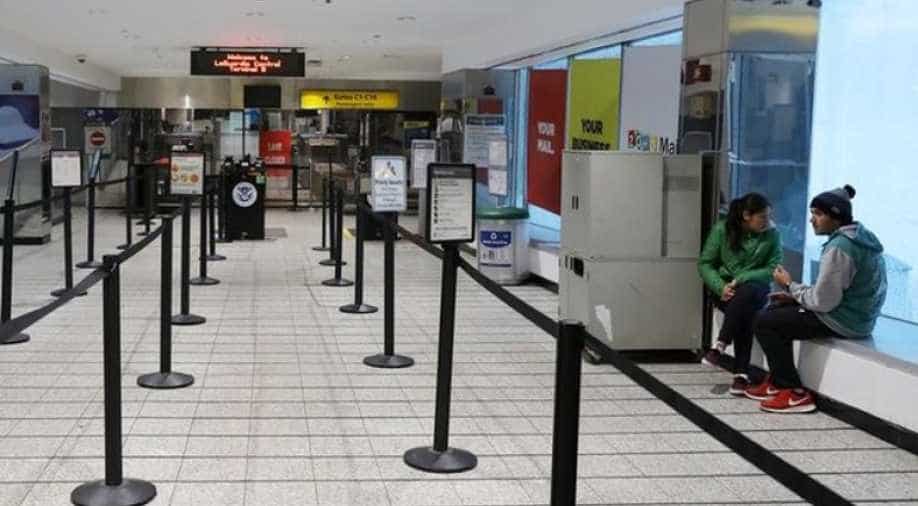 The military and intelligence community have become increasingly concerned in the last few months about the potential ability of terror outfits to get bombs on board airplanes, according to several US officials. Photograph:( Reuters )

The IS and al Qaeda terror groups, developing a bomb small enough to fit in a laptop that could get past airport scanners, may have prompted the US and the UK to ban air travellers from eight Muslim-majority nations from carrying large electronic devices onboard, media reports have said.

According to new intelligence, the terror groups have been testing the new bomb on airport scanners they have obtained.

The concern about such an explosive hidden in a laptop or an electronic device prompted the US and the UK to prohibit travelers flying out of 10 airports in eight countries in the Middle East and Africa from carrying laptops and other large electronic devices aboard planes.

"As a matter of policy, we do not publicly discuss specific intelligence information. However, evaluated intelligence indicates that terrorist groups continue to target commercial aviation, to include smuggling explosive devices in electronics," CBS News quoted a statement from the Department of Homeland Security.

"The US government continually re-assesses existing intelligence and collects new intelligence. This allows DHS and TSA to constantly evaluate our aviation security processes and policies and make enhancements to keep passengers safe. To that end, we use a robust security system that employs multiple layers of security, both seen and unseen," it said.

The military and intelligence community have become increasingly concerned in the last few months about the potential ability of terror outfits to get bombs on board airplanes, according to several US officials.

The US has been tracking specific intelligence from al Qaeda in the Arabian Peninsula (AQAP), al Qaeda in Syria and ISIS, officials told CNN.

FBI experts have tested variants of the laptop bombs using different battery and explosive configurations to assess how difficult it would be for airport screeners to detect them, it said.

The airline restriction, which took effect March 21, bans many electronic items from the cabins of planes flying directly to the US from Jordan, Qatar, Kuwait, Morocco, UAE, Saudi Arabia, Egypt and Turkey.