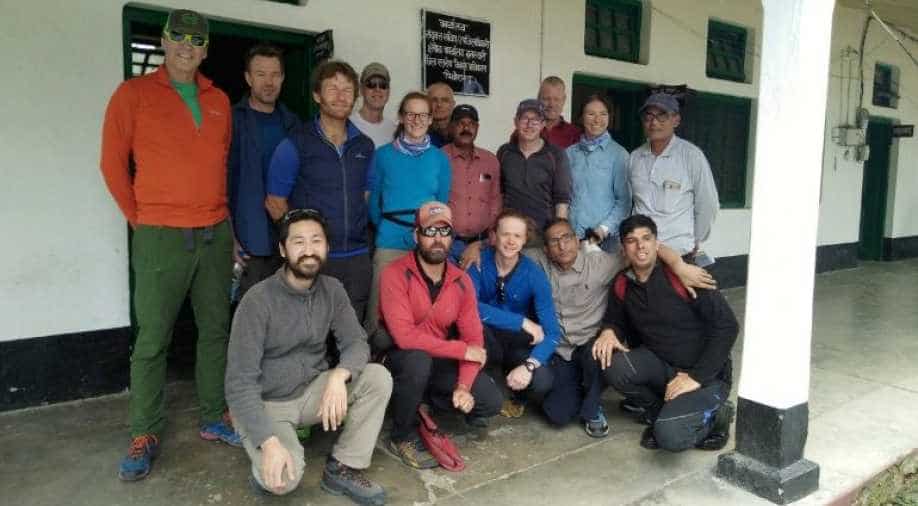 Eight climbers went missing on May 31 after they failed to return to their base camp near the 7,816 metres (25,643 feet) mountain, Nanda Devi.

Authorities on Wednesday began airlifting the bodies of seven climbers killed in an avalanche near country's second highest mountain in May, down to the lower ground where they will be identified, officials said.

Eight climbers - four from Britain, two from the United States, and one each from Australia and India - went missing on May 31 after they failed to return to their base camp near the 7,816 metres (25,643 feet) mountain, Nanda Devi.

The body of one of the climbers has not been found.

The paramilitary Indo-Tibetan Border Police Force is leading the mission to bring the bodies down from the mountains to the town of Pithoragarh, in the north of Uttarakhand.

The first four bodies were brought down early on Wednesday, Vivek Kumar Pandey, a spokesman for the force, told Reuters.

"The remaining three will also be flown into Pithoragarh shortly," Pandey said.

The bodies will be identified after which they will be flown down to another town for postmortems, he said.

The climbers have been identified as Martin Moran, John McLaren, Rupert Whewell and Richard Payne, all from Britain, Anthony Sudekum and Ronald Beimel from the United States, Ruth McCance from Australia, and liaison officer Chetan Pandey from the Indian Mountaineering Foundation.

Nanda Devi and its sister mountain, Nanda Devi East, are among the world's most challenging peaks and only a handful of people have climbed them.