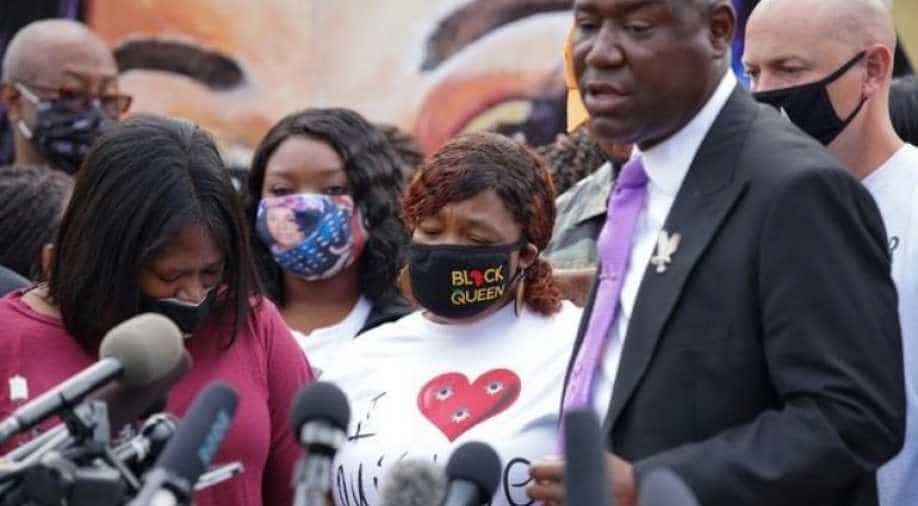 'If you want us to accept the result then ... release the transcript so we can have transparency,' the family's lawyer said

Breonna Taylor's family has asked the US authorities to release th transcripts of the US grand jury that took a decision on the punishments of the policemen charged in the case of Taylor's fatal shooting.

The family's demand came after out of three only one policeman was charged for wanton endangerment.

This appeal was launched by the family's lawyer Ben Crump in a press conference in Louisville. He chanted "release the transcripts" in the press conference hoping the chants would be loyud enough for Taylor to "hear it from heaven".

The 26-year-old emergency room technician was shot by police officers in her own home on March 13 claiming it to be a narcostics raid — adding to the count of cases of police brutality towards the Afircan Americans in the US.

Crump asked the Kentucky Attorney General Daniel Cameron to prove that he proved "any evidence on Breonna Taylor's behalf". He alleged Cameron of making sure that Taylor's family "never got their day in court."

"It's like they charged the police for missing" but did not charge them for "shooting bullets into black bodies," Crump said.

The charged detective Brett Hankison was proven guilty on three counts of "wanton endangerment" over shots fired into adjoining apartments. However, neither Hankison nor the other two policemen were charged for the shots fired at Taylor that lead to her brutal death.

Calling it a "sham grand jury proceeding", Crump demanded, "If you want us to accept the result then ... release the transcript so we can have transparency."

The unjust ruling started fresh protests against the Trump administration and the police brutality. Protests were observed in the whole country which led to further destruction as two police officers were shot in Lousiville during the protest — the suspects have been arrested but not proven guilty — and a policeofficer was held for investigation after he ran his bicycle over a protestor's neck.