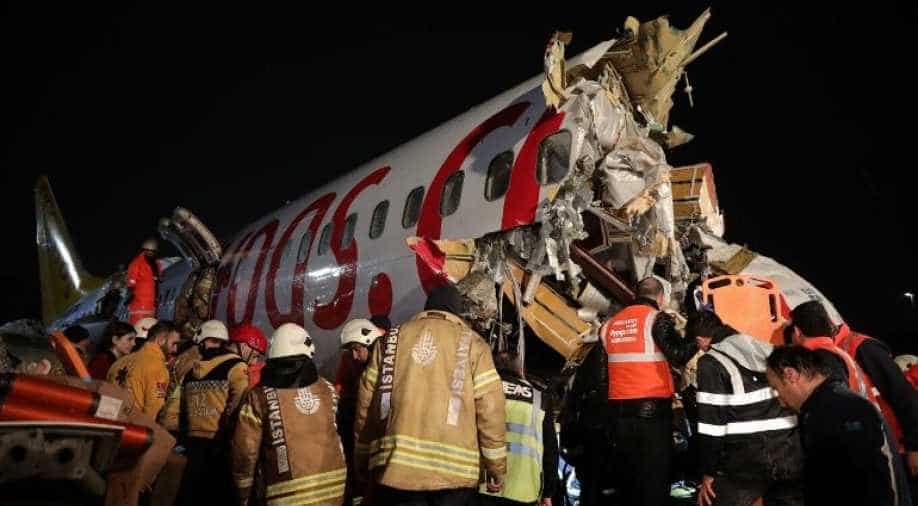 Rescuers work at the crash of a Pegasus Airlines Boeing 737 airplane, after it skidded off the runway upon landing at Sabiha Gokcen airport in Istanbul on February 5, 2020. The plane carrying 171 passengers from the Aegean port city of Izmir split into three after landing in rough weather. Officials said no-one had lost their lives in the accident, but dozens of people were injured. Photograph:( AFP )

A plane carrying 177 people skidded off the runway at an Istanbul airport, caught fire and split into three after landing in rough weather on Wednesday.

Officials said that no-one had lost their lives in the spectacular accident, but dozens of people were injured.

Live images broadcast on Turkish television showed several people climbing through a large crack in the severed aircraft and escaping onto one of the wings at the rear. 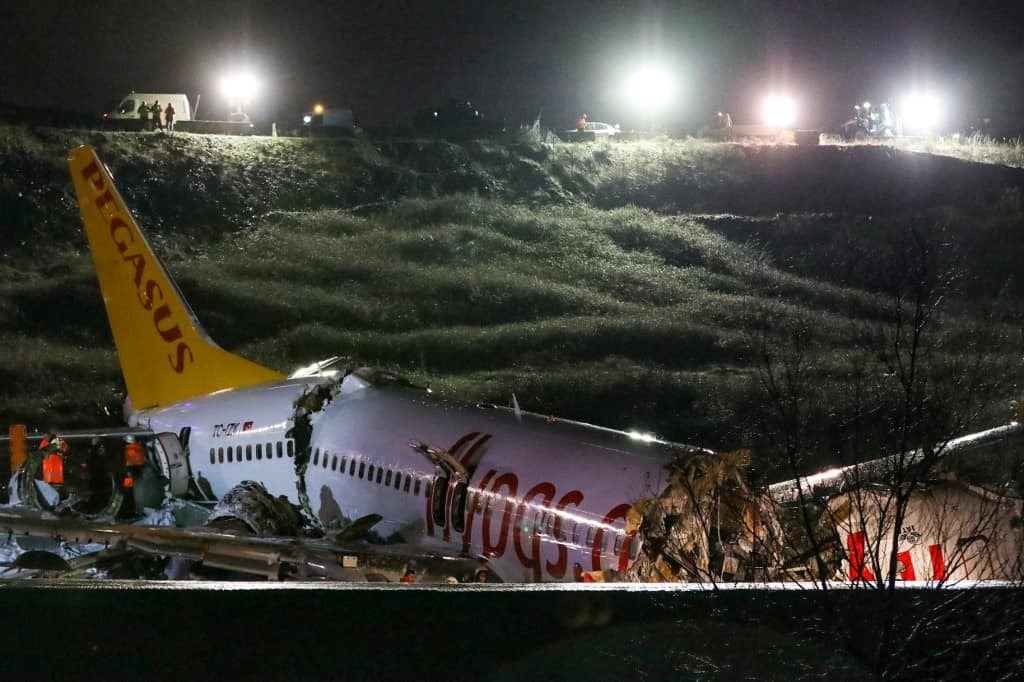 Fifty-two people were injured and taken to hospital, Istanbul governor Ali Yerlikaya said in a statement on Twitter, but there were no deaths.

"Some passengers evacuated the plane by themselves but others are stuck inside and our rescuers are working to free them," Transport Minister Mehmet Cahit Turhan said on CNN-Turk television. 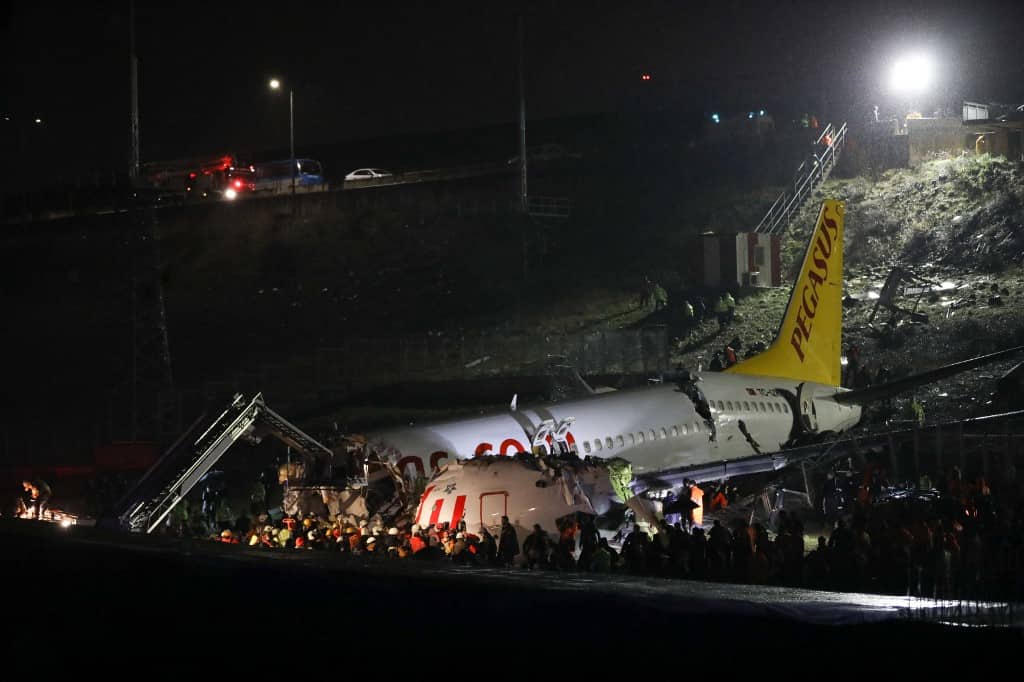 The plane was carrying 171 passengers and six crew members, the governor said, while Turkish media reports said there were 12 children on board.

NTV showed images of the badly damaged plane and flames inside, which were later put out by firefighters.

Some sprayed water jets onto the severed body of the aircraft, while others could be seen climbing up onto the plane to comb through the cabin.

According to NTV, Turhan said the plane broke after a "strong landing" at Sabiha Gokcen, one of two main international airports in Istanbul.

The front of the plane including the cockpit was sliced off from the bulk of the fuselage, and another huge fissure separated the rear of the aircraft including the tail.

Sabiha Gokcen, which lies on the Asian side of Turkey's commercial hub, was closed and flights were being redirected to Istanbul's main airport.

There had been very strong winds and rain in the area before the incident and poor weather conditions in Istanbul, particularly in winter, often lead to the cancellation of flights.

The Istanbul public prosecutor has launched an investigation into the incident.

The plane had landed at the airport at 1518 GMT, the private DHA news agency reported.

In January 2018, a Pegasus Boeing 737-800 slid down an embankment at Trabzon airport on the Black Sea and landed just metres from the water with its wheels stuck in thick mud.

After four days, the plane was eventually lifted back onto the runway with engineers using cranes. All 162 passenger and six crew were safely evacuated.

President Recep Tayyip Erdogan has sought to make Istanbul the world's top aviation hub and in 2018 opened a new mega-airport in the city of 15 million people.

Pegasus, which has been flying for 20 years, has a fleet of 83 aircraft, including 47 Boeings and 36 Airbus planes, according to its website.