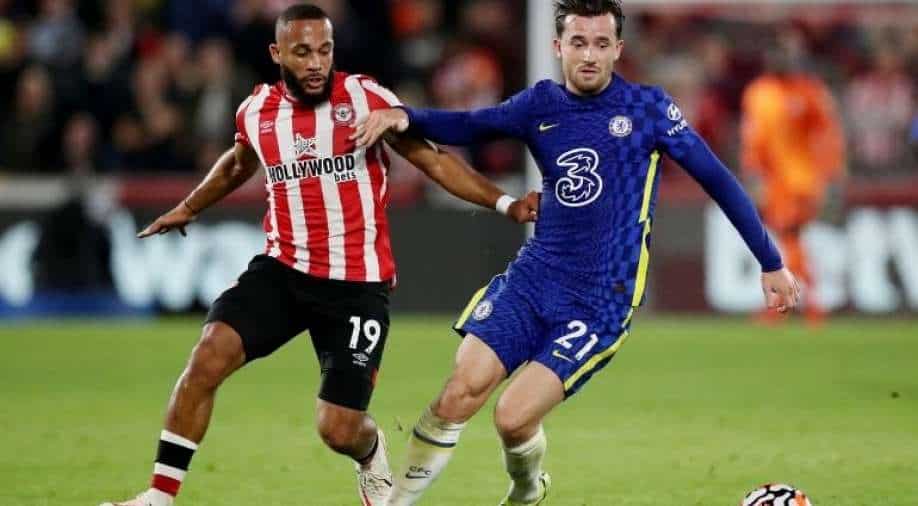 Chelsea beat neighbours Brentford 1-0 to keep their grip on the Premier League`s top spot on Saturday thanks to a Ben Chilwell strike but they owed their three points as much to goalkeeper Edouard Mendy who denied the hosts with a string of late saves.

Chilwell, back in the team after being side-lined early in the season, scored for the second match in a row when Brentford failed to clear and the ball dropped kindly for him to strike from 12 yards with a half volley in the 45th minute.

The hosts had earlier hit the post through Bryan Mbeumo and the Frenchman was again denied by the woodwork in the 75th minutes as the Bees subjected Chelsea to wave after wave of attacks in their second-half push for an equaliser.

Premier League new boys Brentford spent much of the first half pegged back by Chelsea but the red and white shirts piled forward after the break, roared on by their fans relishing their first league derby against their West London rivals since 1947.

In the 83rd minute, Mendy denied Saman Ghoddos as he rushed off his line to close down the angle, moments before Trevoh Chalobah saved the visitors by clearing off line from Christian Norgaard.

Chelsea's French goalkeeper made more fine saves, including turning over an acrobatic overhead effort by Norgaard in injury time.

The match proved a baptism of fire for Chelsea`s Malang Sarr who made his league debut in the centre of defence, replacing the injured Antonio Rudiger while Thiago Silva returned to London from international duty for Brazil too late to play.

"We trust the guys who are young. If you don’t play you cannot get experience," Tuchel said.

The result leaves Chelsea one point clear of Liverpool at the top of the table on 19 points. Brentford, who have beaten London rivals Arsenal and West Ham United so far this season, stand in seventh place on 12 points.