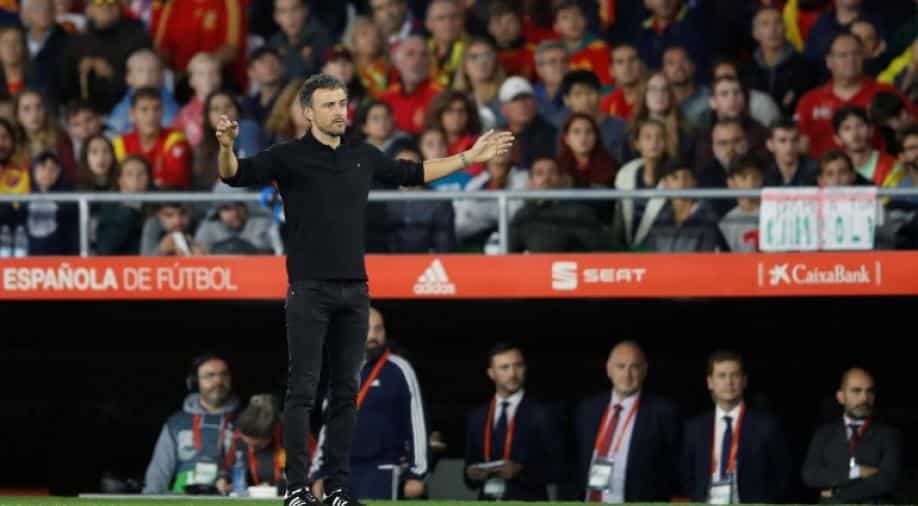 Spain coach Luis Enrique resisted the temptation to criticise his players after their "awful" first-half display as they went down 3-2 to England in the Nations League on Monday for their first home loss in a competitive game for 15 years.

Two goals from Raheem Sterling and a Marcus Rashford strike gave England a stunning 3-0 halftime lead -- the first time Spain had ever conceded three goals in a competitive home game -- in the League A Group 4 match in Seville.

"Our performance in the first half was awful, we have to recognise that, we could not press well and the first goal killed us," Luis Enrique told reporters after his first defeat as Spain coach, having won all three of his previous games.

They were far the better side in the second half as Paco Alcacer scored before the hour and Sergio Ramos headed home in the last action of the match but could not prevent a loss that ended Spain's run of 38 competitive home games without defeat.

"I was marvellous in the halftime break because the normal thing would have been to kill the players but I tried to keep their spirits up and told them many top teams have suffered recently," Luis Enrique added.

"I understand my team did not need a kick up the backside or a fierce critique or to make sweeping changes, I needed to strengthen them, make a couple of tactical tweaks and put them on a positive dynamic and we saw that in the second half.

"We pushed them (England) all the way back in the second half and it's a shame we didn't score the second goal earlier, because our fans would have scored the third by themselves."

A win against England would have booked Spain's place in the Nations League semi-finals next June and although they remain in charge of their group on six points, they need to win their final match away to Croatia to ensure they top the group.

Luis Enrique said he was still upbeat about his side's prospects despite the surprise defeat by England.

"A group with two World Cup semi-finalists is not easy and we still depend on ourselves, now we have to go to Croatia and win," he added.

"Now I have a long time to go and think. I like a lot of players in this squad a lot. Now it's time to prepare the artillery."