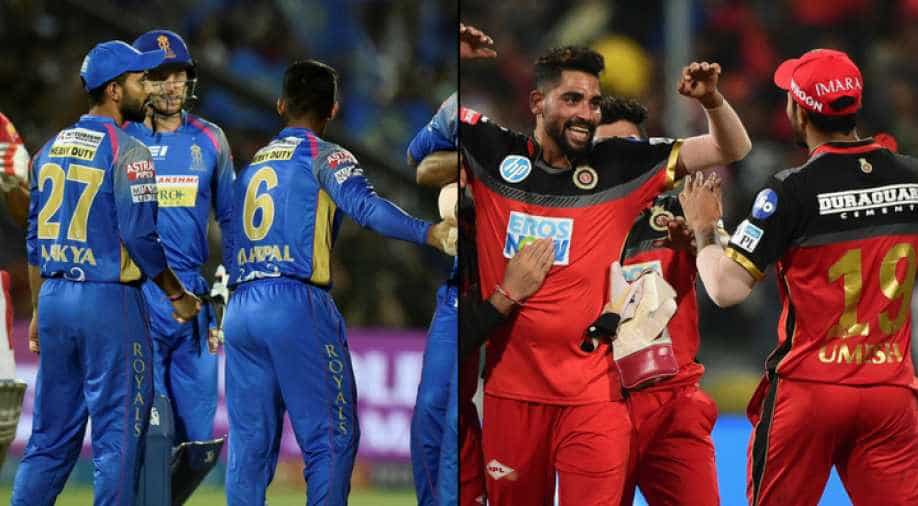 Rajasthan won the toss and opted to bat against Bangalore at Sawai Mansingh Stadium, Jaipur on Saturday.

After winning the toss, Ajinkya Rahane mentioned that the pitch is dry and also the host Rajhasthan are very familiar with the wickets. On the exit of Ben Stokes and Jos Buttler, Ajinkya said that the team is missing them.

Virat Kohli also highlighted the fact that Jos And Ben are not in the Playing XI. Kolhi also mentioned that the team has done decently well in the previous three matches and also it is important to find the right balance in today's game.

There is no change for Bangalore team, on the other hand, Ben Laughlin, Heinrich Klaasen and Shreyas Gopal have been included in the playing XI of Rajasthan.