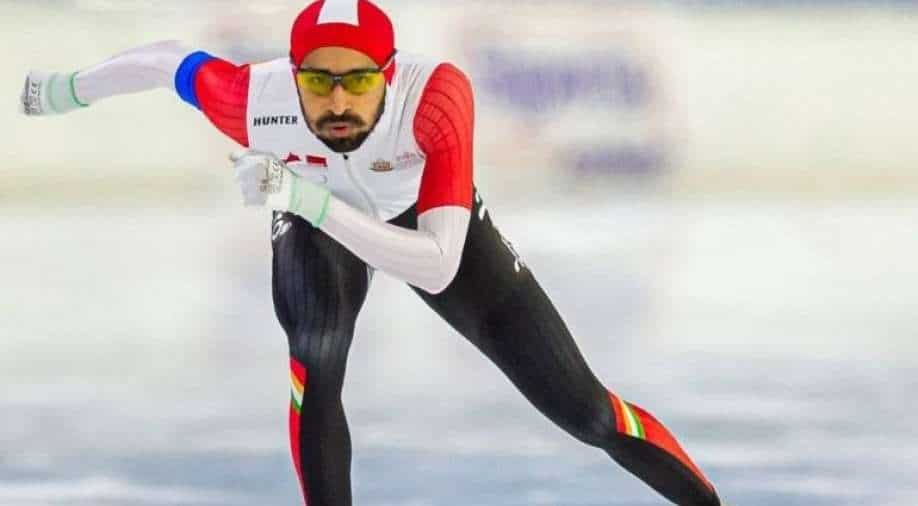 Vishwaraj Jadeja will compete in the Mass Start event, which is a shorter version of the Marathon. A Mass Start involves 16 laps of a 400-metre long track.

The Ahmedabad-born Jadeja recently qualified for the big event, which will be held in Salt Lake, Utah from December 3 to 5, 2021. Jadeja worked his way to the World Cup having participated in 12 pre-qualification events since August 2021 and a good performance in Salt Lake will put him in a good situation to get a shot at the qualification to Beijing Olympics 2022.

Jadeja will compete in the Mass Start event, which is a shorter version of the Marathon. A Mass Start involves 16 laps of a 400-metre long track.

ALSO READ: Omicron will 'lead to challenges' for the winter Olympics: China

"The year 2021 saw the Indian athletes put in a great performance at the Summer Olympics in Tokyo. I am inspired by those performances and am trying to make a march towards the 2022 Winter Olympics in Beijing. Not many Indians have participated in the winter events and I feel we are at a juncture where we can push towards it," Jadeja said.

Since India does not have many facilities for winter sports, Jadeja moved to the Netherlands a decade ago in his quest to find glory in ice speed skating. He has been training under the guidance of Wim Nieuwenhuizen, one of the world`s leading ice skating coaches.

Since then Jadeja has represented India in over 200 races internationally and has been a regular feature on the European ice skating circuit.

One of his most significant achievements came during the Winter World Games Masters 2020, where he won four medals - three silvers and one bronze. Last year, his timing in the 1500 metre event was 2.01.00 - which he has bettered to 1.57.90.

"While I have competed for years and have won medals, it is my dream to make it to the Olympics. The qualification to the World Cup is a major step in that direction. Last year, life came to a standstill due to the pandemic but I continued to stay in the Netherlands and train. This is a reward for my hard work and patience but a bigger one would be qualifying for Beijing," he pointed.

There is another World Cup scheduled in Calgary, Canada a week after the event concludes in Salt Lake, Utah. Jadeja is waiting for his visa for Canada and subject to all approvals on schedule will he fly for that event.

Jadeja has constantly needed funds to continue working at the highest level of the sport and over the last few years, has found some support from the Sports Authority of Gujarat, the Dream11 Foundation and the Schbang for Good Foundation.

With two World Cups scheduled in December, which are all ranking events for the Winter Olympics, Jadeja wants to make a final push during training in order to make the qualifying mark.

"It's always a chicken and egg story. You receive funding once you qualify for the Olympics. But you need more help when you are in the process of qualifying.

I'm pursuing a sport that has no infrastructure in India, so I need to be aboard most of the time. It gets really expensive, especially during an Olympic year. If we can get a fraction of the financial support that is extended to athletes at the Summer Olympics, I`m confident of good results," he said.