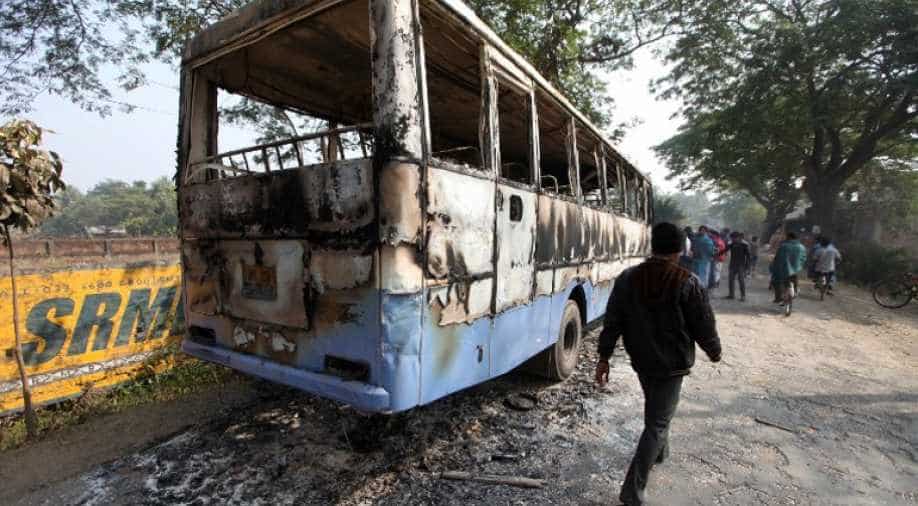 West Bengal's Bhangar village has been at the centre of an anti-land grab project spearheaded by the CPI(ML) Photograph:( AFP )

The party has also written a letter to the president, informing him of the disappearance.

Leaders of the leftist Communist Party of India (Marxist–Leninist) said that its general secretary, K N Ramachandran, went missing after he reached Howrah railway station around 5pm on Sunday. "Comrade Ramachandran travelled from Lucknow to Howrah to declare solidarity with the people and the CPI (ML) Red Star comrades who are resisting imposition of a power grid by Mamata Banerjee's government at Bhangar in South 24 Parganas district of West Bengal,” CPI (Marxist–Leninist) said in a statement.

Leaders of his party claimed that he is being detained illegally since he was to meet the villagers of Bhangar in Bengal’s South 24 Parganas district to lead an anti land-grab movement against the TMC government.

The CPI(ML) said several of its leaders have filed a complaint with the Kolkata Police who say that they are not aware of his whereabouts.

“We suspect the involvement of Mamata’s notorious special police in our comrade's disappearence. We demand the Mamata government to unconditionally produce comrade KN Ramachandran immediately. We appeal to the communists, progressive democratic forces and like-minded people for their whole hearted solidarity and support at this critical juncture,” added the statement.

A land acquisition drive for a power project in Bhangar at the behest of a strongman of the TMC had culminated in violent clashes between protesting villagers and the police last week. TMC strongman, Arabul Islam, had reportedly acquired the land in 2013 for setting up a 440/220KV substation to transmit power between West Bengal and Purnea in the neighbouring state of Bihar.

Farmers and villagers led by Kalu Sheikh have been protesting ever since. Villagers say it will lead to the transmission of electricity through high-tension wires passing through the villages. The anti-land acquisition movement is reportedly being led by CPI(ML). Several leaders of the party, including Alik Chakraborty, Sharmistha Chowdhury and Pradip Singh Thakur, are under the scanner of the West Bengal police.

Ramachandran, who hails from Kerala, was scheduled visit Bhangar on Monday.