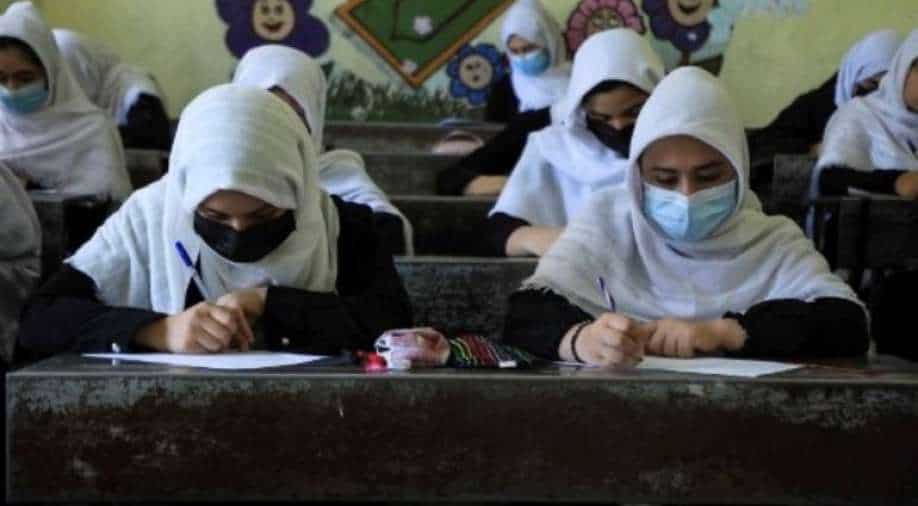 As they conducted their first press conference since seizing control from the Western-backed government in Kabul, the Taliban declared that the war in Afghanistan was ended and that all of their opponents would be pardoned.

As part of a PR blitz aimed at convincing international powers and a terrified populace that they have changed, the Taliban pledged Tuesday to respect women's rights, forgive those who opposed them, and assure a secure Afghanistan.

“The burqa is not the only hijab (headscarf) that (can) be observed, there is different types of hijab not limited to burqa," Suhail Shaheen, spokesman for the group’s political office in Doha, told Britain’s Sky News.

We would like to assure our neighbours & regional countries that we'll not allow our territory to be used against any country in the world. Global community should rest assured that we're committed that you will not be harmed anyway from our soil: Taliban spox Zabihullah Mujahid pic.twitter.com/IBzWsnq1SN

We have proven in other places that we can suppress terrorism without a permanent military presence on the ground and we intend to do exactly that in #Afghanistan: US NSA Jake Sullivan pic.twitter.com/eBGPzThzwz 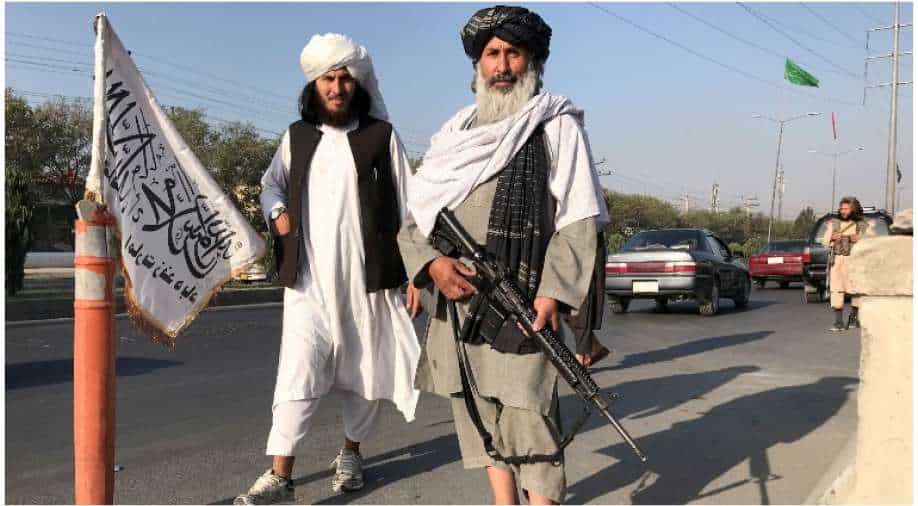 Mujahid said that Taliban promised to respect the role of the press. He said that private media can continue to be 'free and independent'. However the freedom came at a few 'suggestions'

Women "can get education from primary to higher education -- that means university. We have announced this policy at international conferences, the Moscow conference and here at the Doha conference (on Afghanistan)," said Suhail Shaheen, Taliban spokesperson for its political office in Doha 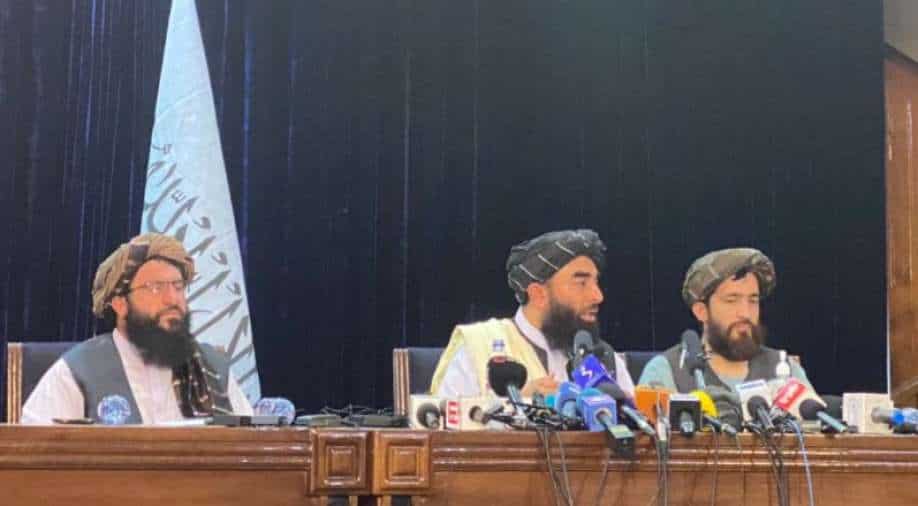 The Taliban pledge a secure Afghanistan as part of a public relations campaign aimed at persuading world powers and a fearful population that they have reformed.

Taliban’s spokesman Zabihullah Mujahid promised the Taliban would honour women's rights, but within the norms of Islamic law.

The Taliban gave the first indication on Tuesday since coming to power that they would not make the full burqa compulsory for women as they did when they last ruled Afghanistan.

"The burqa is not the only hijab (headscarf) that (can) be observed, there is different types of hijab not limited to burqa," Suhail Shaheen, spokesman for the group's political office in Doha, told Britain's Sky News.

The security of embassies in Kabul is of crucial importance to us. We would like to assure all foreign countries that our forces are there to ensure the security of all embassies, missions, international organizations, and aid agencies: Taliban spokesperson Zabihullah Mujahid pic.twitter.com/tmMKJifZc9

"Taliban are committed to providing women their rights based on Islam. Women can work in the health sector and other sectors where they are needed. There will be no discrimination against women," TOLOnews quotes Taliban spokesperson Zabihullah Mujahid as saying

Former first vice-president Amrullah Saleh has claimed that he is the caretaker president of Afghanistan in Ashraf Ghani's absence.

Clarity: As per d constitution of Afg, in absence, escape, resignation or death of the President the FVP becomes the caretaker President. I am currently inside my country & am the legitimate care taker President. Am reaching out to all leaders to secure their support & consensus.

Also read | As Taliban takes over, some swap iconic AK-47s for made-in-America rifles

The Russian Kalashnikov AK-47 and its derivatives have long been the assault rifle of choice for militant groups because of their rugged design, but some Taliban fighters are trading them in for captured U.S. guns as Afghanistan's government collapses. 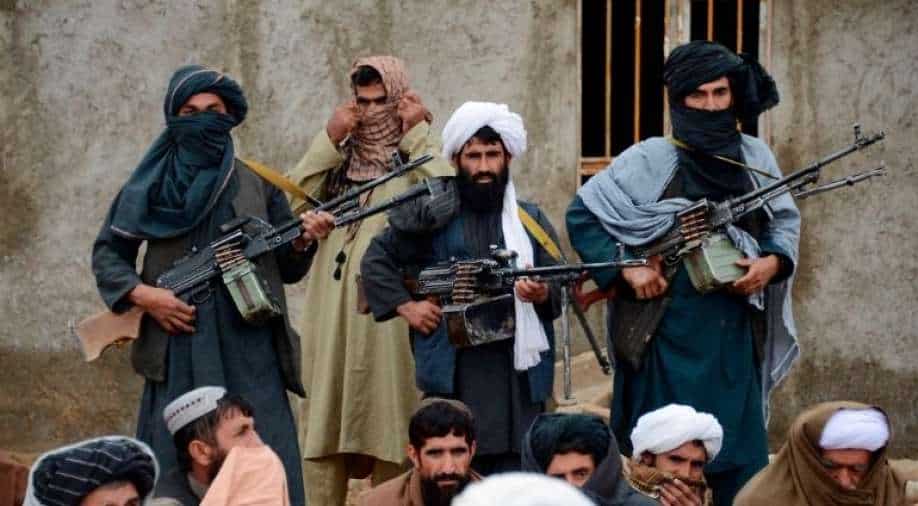 The Taliban have forbidden their fighters from entering diplomatic buildings or from interfering with embassy vehicles. The group has also asked its fighters to maintain discipline and not trouble ordinary people as they go about their business.

"Taliban members have been ordered at all levels to ensure that we don't disrespect any country's presence in Afghanistan," said a senior Taliban official, who declined to be identified. He was quoted by Reuters.

As regards Afghan nationals, our visa services will continue through an e-Emergency visa facility, which has been extended to Afghan nationals. We have already received requests from Afghan Sikh & Hindu community leaders, and are in touch with them: MEA

The United Nations is urging the Taliban to keep its promises, including its pledges to grant an amnesty to former government workers in Afghanistan, show inclusiveness for women and allow girls to remain in school.

The movement of the Indian Ambassador and the Embassy staff from Kabul to India was a difficult and complicated exercise. Thank all those whose cooperation and facilitation made it possible: External Affairs Minister (EAM) Dr. S Jaishankar pic.twitter.com/CSSH38QNJ8

"We support the beginning of an inclusive national dialogue with the participation of all of Afghanistan's political, ethnic and religious groups," Russian Foreign Minister Sergei Lavrov said in comments carried by Russian state TV.

Also read | 'Waiting for Taliban to kill me and others like me', says Afghanistan's first woman mayor 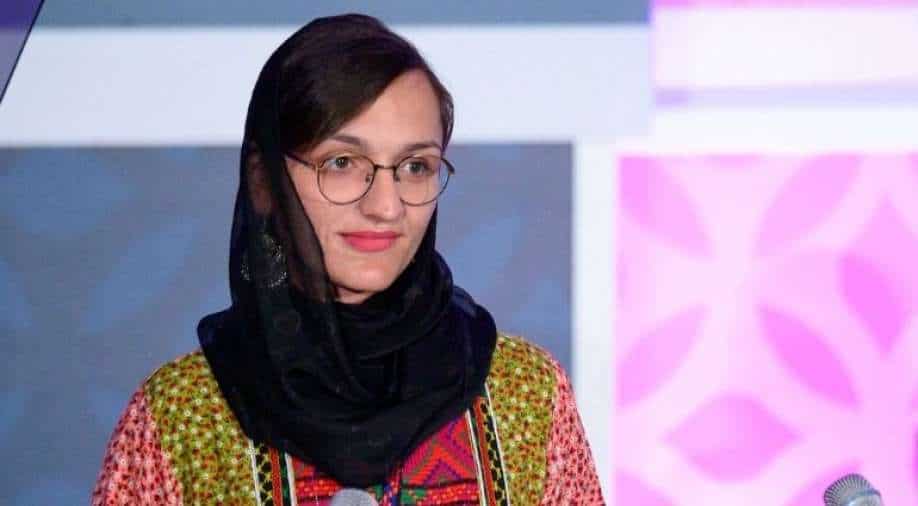 Pictures | Life of Afghan civilians: The stark difference between 'then' and 'now' 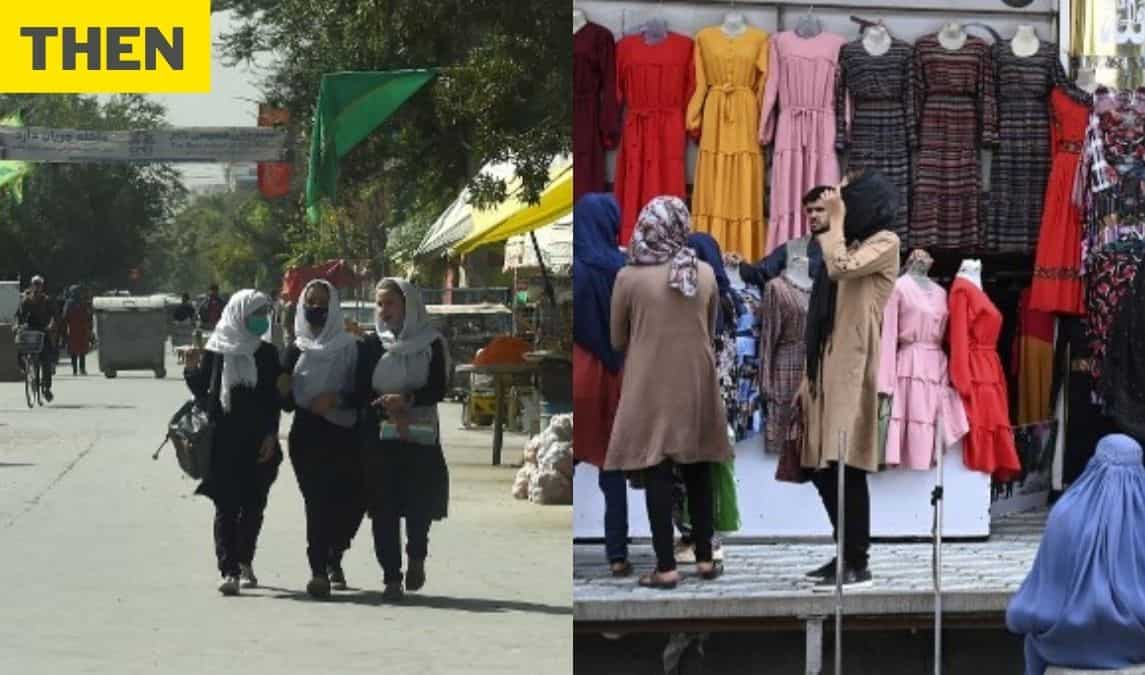 “Your welcome has an impact on all of us. Thank you to the Indian Air Force who flew us out under conditions that are not normal,” Indian ambassador to Afghanistan Rudrendra Tandon was quoted as saying by news agency ANI after landing at Jamnagar.

Germany had sent its special forces to ensure the evacuation of its citizens amid chaotic scenes at Kabul airport on Monday.

Armin Laschet, the leader of Angela Merkel's ruling party said it was "the biggest debacle" in NATO's history.

If a video shared on the social microblogging site Twitter is to be believed, unidentified armed man can be seen trying to shoot a civilian, who was trying to enter the international airport in Kabul on Monday.

India brings back its embassy staff from Kabul; flight lands in Jamnagar

As part of the emergency evacuation in view of the prevailing situation in the Afghan capital, the staff of Indian embassy in Kabul was brought inside the secure areas of the airport safely late on Monday, reports said citing people familiar with the development.

Indian Air Force(IAF) plane with Indian officials lands in Gujarat's Jamnagar. The C-17 aircraft was ordered to bring back Indian officials from Kabul as the Taliban took control of the capital.

Taliban announces "general amnesty" for government officials and urges them to return to work.

India's Ministry of External Affairs on Tuesday said,"In view of the prevailing circumstances, it has been decided that our ambassador in Kabul and his Indian staff will move to India immediately."

In view of the prevailing circumstances, it has been decided that our Ambassador in Kabul and his Indian staff will move to India immediately. 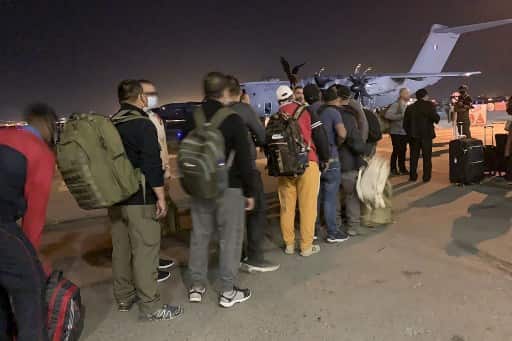 French nationals and their Afghan colleagues line up to board a French military transport plane at Kabul airport. 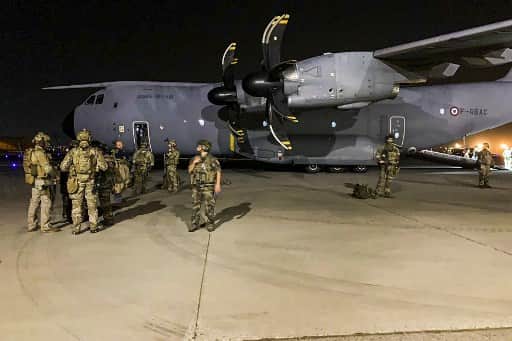 The US troops should not be fighting or dying in a war that Afghan forces are not willing to fight for themselves, Biden said.

"We spent over a trillion dollars. We trained and equipped an Afghan military force of some 300,000 strong. Incredibly well equipped. A force larger in size than the militaries of many of our NATO allies," he emphasised.

The US troops reportedly used Apache helicopters to chase away Afghans swarming the airport as they made a desperate attempt to escape the Taliban.

The US is seeking to evacuate several embassy personnel including and as many as 30,000 Afghans who are currently fleeing the new regime.

The US said Kabul airport has reopened after it was closed for several hours due to breakdown in security with people crowding the tarmac.

A US C-17 transport aircraft had landed at Kabul airport to evacaute American personnel on Tuesday. The US asserted that it was in charge of air traffic control at Hamid Karzai International Airport (HKIA).

The US reportedly has stationed 2,500 troops in Kabul to help organise the evacuation.

The Pakistan PM appeared to praise the Taliban in a video broadcast on Pakistani television, saying that "they have freed the chains of mental slavery in Afghanistan".

In Pics: Life of Afghan civilians: The stark difference between 'then' and 'now'

A look at the side-by-side photographs of Afghanistan as we try to understand the changes this South Asian nation went through in a matter of days.

During their previous reign in late 90s, Taliban had imposed harsh, oppressive restrictions on women and brutally punished, even killed those who appeared to 'violate' their diktat by slightest of margins.

'Nation building' was never a US goal in Afghanistan, says President Joe Biden

Despite the Taliban's insurgency and the government's rapid collapse, President Biden gave a statement from the White House on Monday afternoon, stating he remained "squarely behind" his decision to remove all US soldiers from Afghanistan.