In Pics | Victory Day Parade: Russia marks its historic win over Nazis in 1945

President Vladimir Putin will lead anniversary celebrations of the Soviet Union's victory over Nazi Germany on Monday as Russian forces fight Ukrainians in one of the deadliest European conflicts since the end of World War Two 77 years ago.

Putin, Russia's paramount leader since 1999, has in recent years used Victory Day to needle the West from a tribune in Red Square before a parade of troops, tanks, rockets and intercontinental ballistic missiles, reported by Reuters. 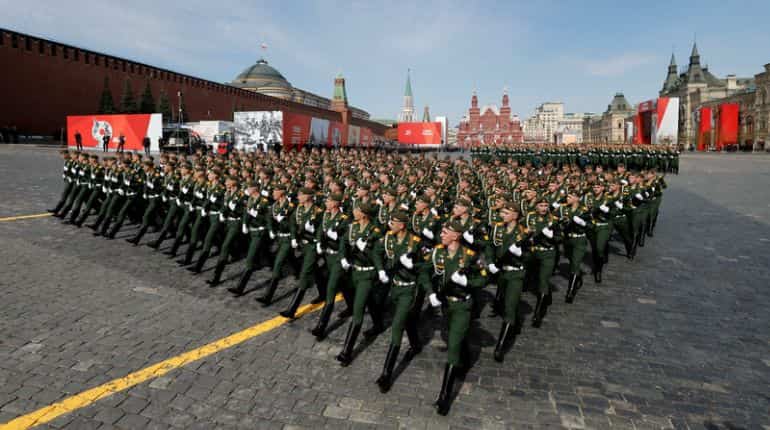 The Soviet Union lost 27 million people in World War Two, including many millions in Ukraine, but eventually pushed Nazi forces back to Berlin where Hitler committed suicide and the red Soviet Victory Banner was raised over the Reichstag in 1945.

Beside the 1812 defeat of French Emperor Napoleon Bonaparte, the defeat of Nazi Germany is the Russians' most revered military triumph, though both catastrophic invasions from the west left Russia deeply sensitive about its Western borders, Reuters reported. 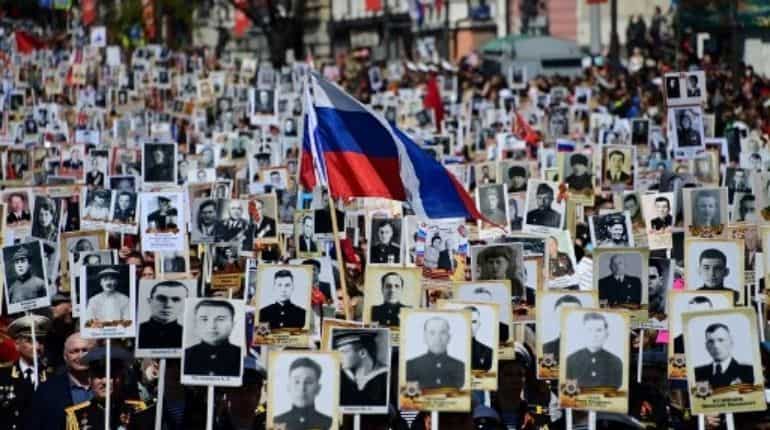 Victory Day is an almost sacred holiday for Russians as most Soviet families mourned losses. For Russians, the collective memory of the war is one of the few uncontentious events in a tumultuous history riven by contention.

Though Putin has tried to arrest the decline of Russia's once mighty armed forces, the conflict in Ukraine has illustrated weaknesses in the country's military. Losses are not publicly reported but Ukraine says Russian losses are worse than the 15,000 Soviets killed in the Soviet-Afghan war of 1979-1989. 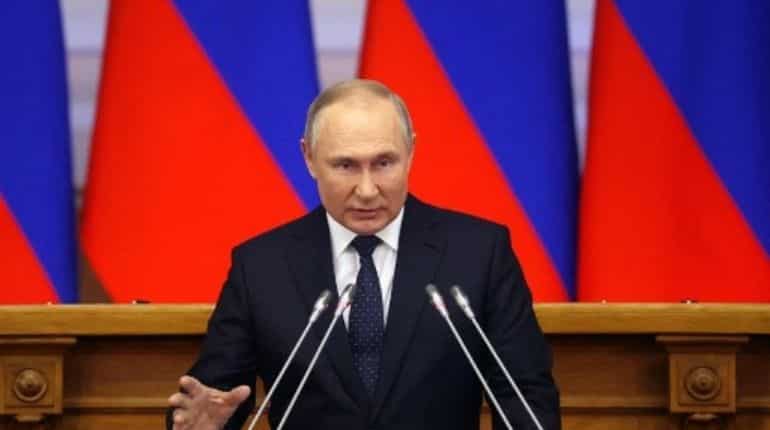 Putin has repeatedly likened the war in Ukraine - which he casts as a battle against dangerous "Nazi"-inspired nationalists in Ukraine - to the challenge the Soviet Union faced when Adolf Hitler invaded in 1941.

"Our common duty is to prevent the renaissance of Nazism which has brought so much suffering to people of different countries," Putin said in a message to the peoples of 12 former Soviet republics including Ukraine and Georgia, Reuters reported.

Putin, who has repeatedly expressed resentment over the way the West treated Russia after the 1991 fall of the Soviet Union, says Ukraine has been used by the United States to threaten Russia. 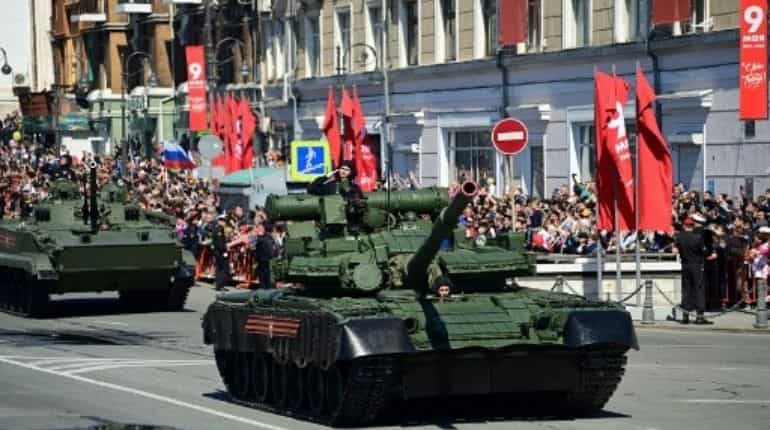 Military vehicles roll through the far eastern city of Vladivostok during a military parade, which marks the 77th anniversary of the Soviet victory over Nazi Germany in World War Two, reported by AFP. 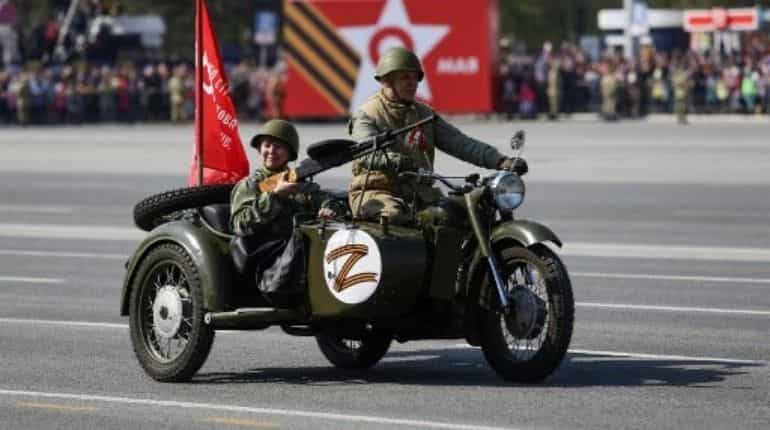 Participants wearing historical uniforms ride in a WWII-era motorcycle adorned with a sticker of the letter Z, which has become a symbol of support for Russian military action in Ukraine, during a military parade, which marks the 77th anniversary of the Soviet victory over Nazi Germany in World War Two, in Novosibirsk, reported by AFP. 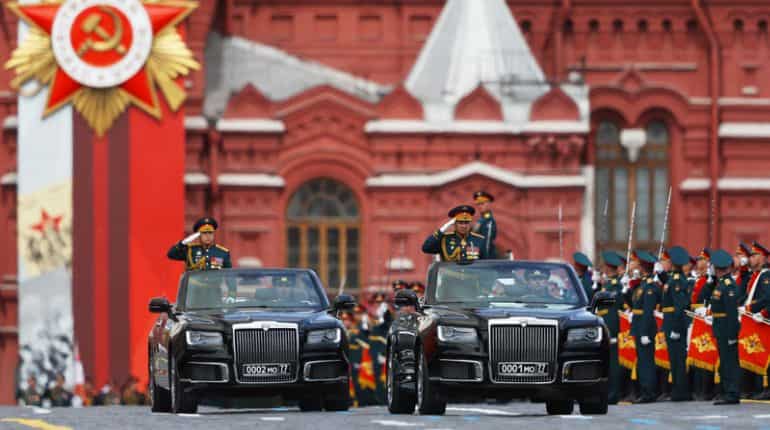 Participants wearing historical uniforms ride in WWII-era vehicles during a military parade, which marks the 77th anniversary of the Soviet victory over Nazi Germany in World War Two, in the far eastern city of Vladivostok, reported by AFP. 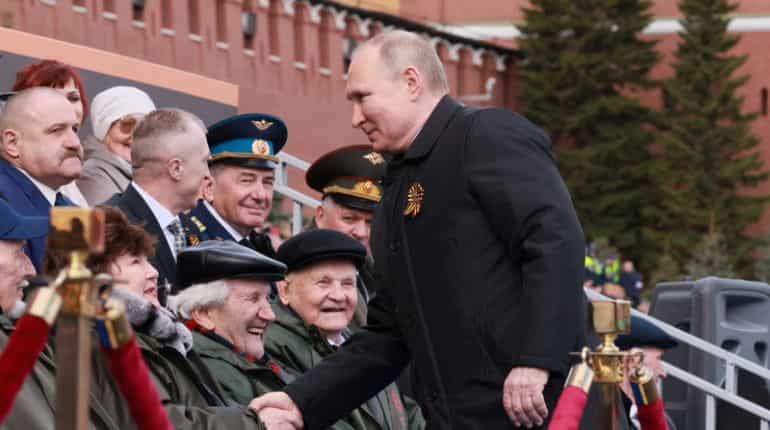 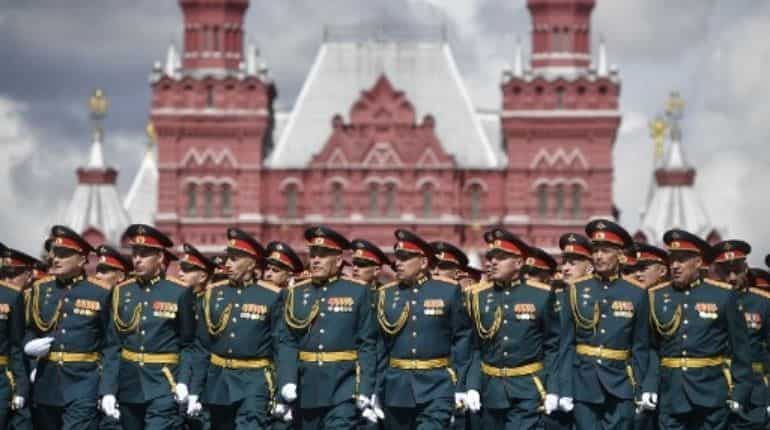 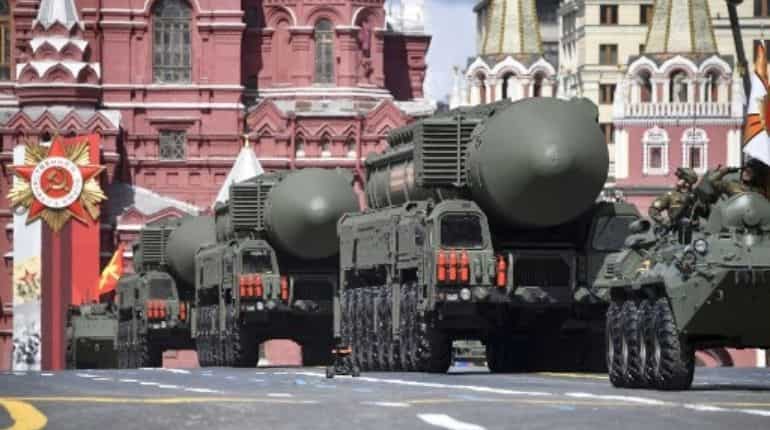 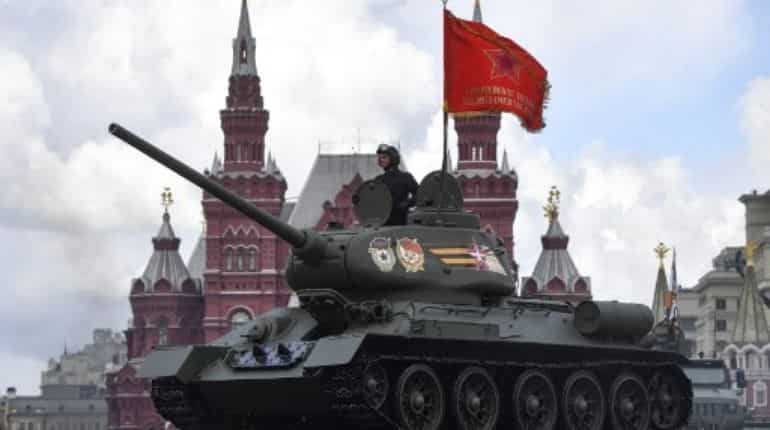 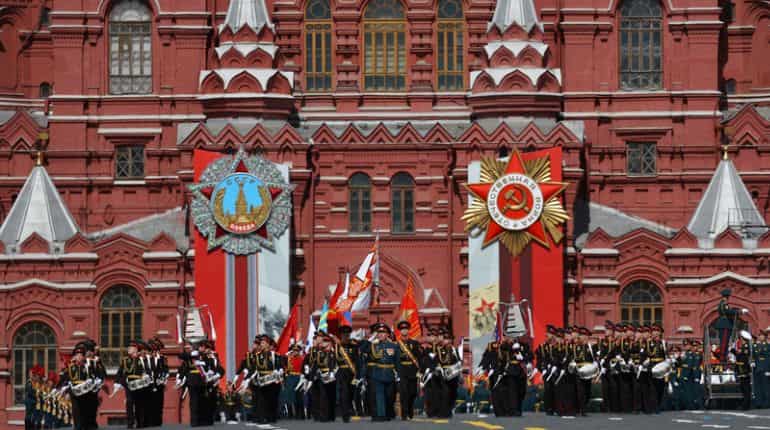 Members of a Russian military band march during a parade on Victory Day, reported by Reuters.