One of the most popular onscreen pair of the '90s, Sanjay Dutt and Madhuri Dixit pair for a film after 20 long years in 'Kalank'. At the teaser launch event, the two spoke about how they enjoyed working together once again. The event also had other cast members of the film- Sonakshi Sinha, Aditya Roy Kapur, Varun Dhawan and Alia Bhatt- present along with the film's directors and producers. 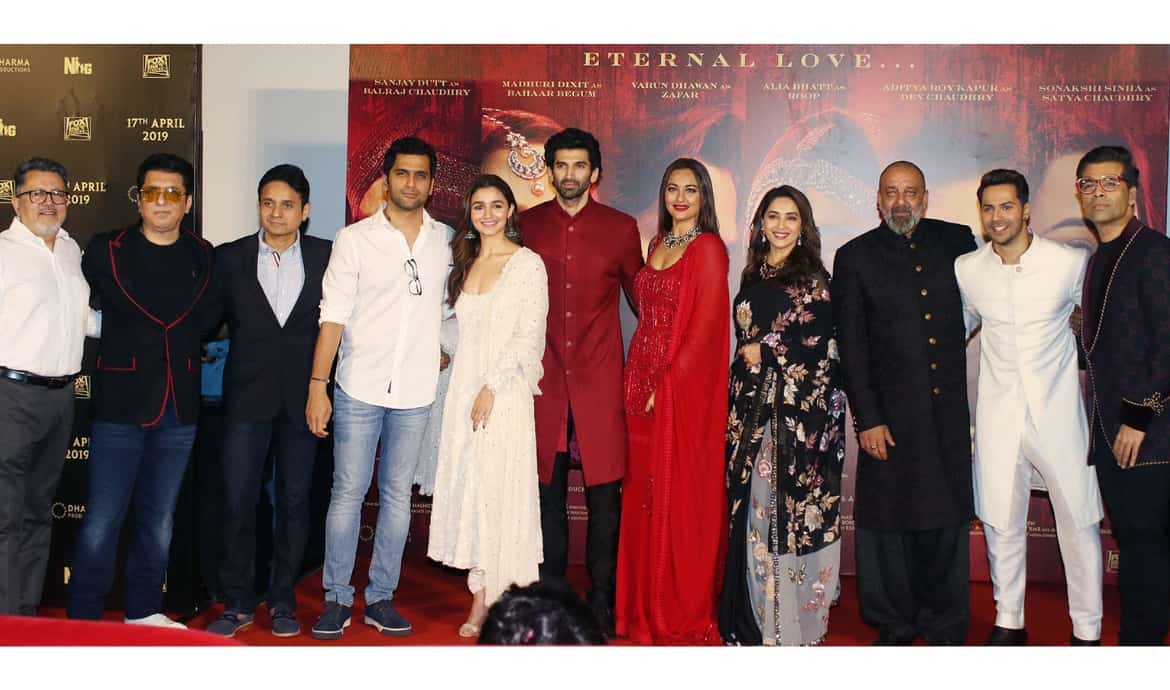 The teaser launch event of Karan Johar's upcoming film 'Kalank' was a star-studded one. The entire cast and crew of the film including Varun Dhawan, Alia Bhatt, Madhuri Dixit, Sanjay Dutt, Sonakshi Sinha and Aditya Roy Kapur attended the event. 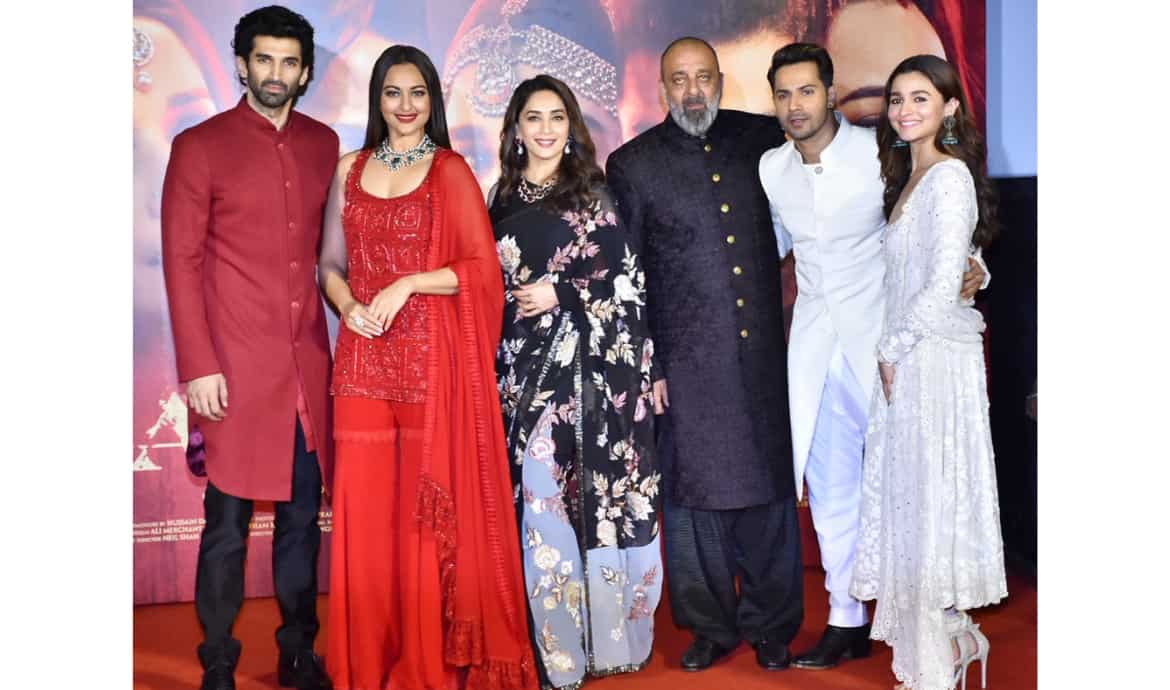 The film, based in pre-independent India, features three pairs and has been directed by Abhishek Varman who has previously directed '2 States'. 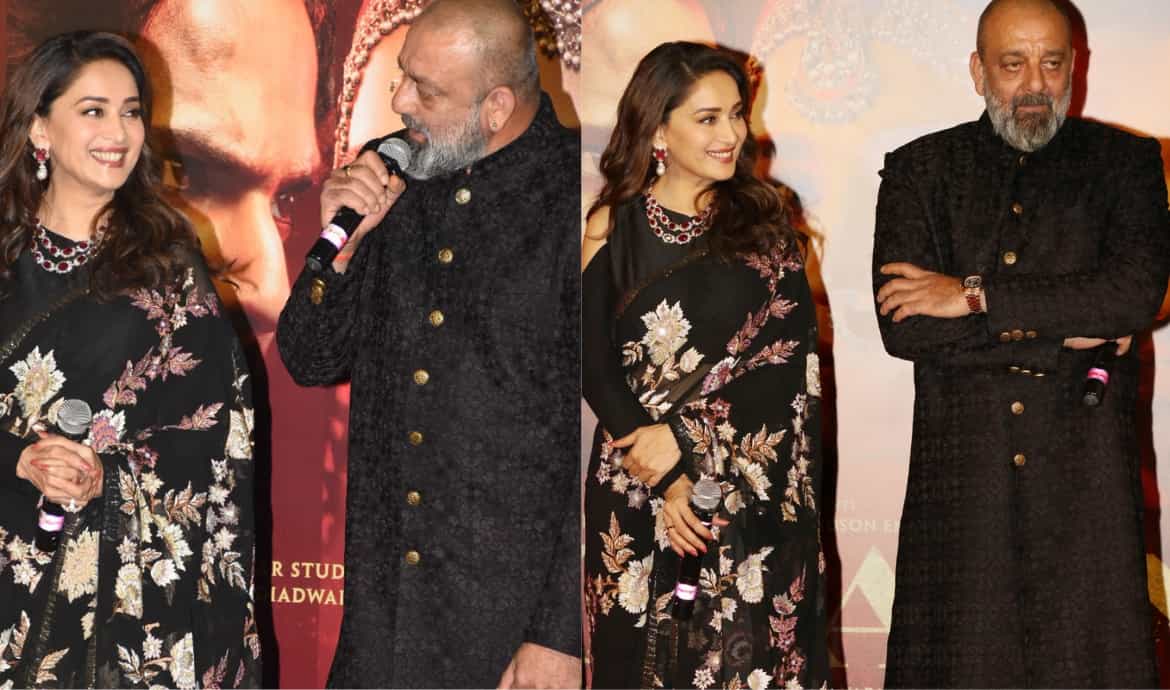 One of the high-points of the teaser is that 'Kalank' pairs up popular '90's pair Madhuri Dixit and Sanjay Dutt in film after 20 long years. The pair have in the past worked in blockbuster films like 'Saajan' and 'Khalnayak'. When Dutt was asked how his experience was of working with Dixit, the actor said, "It felt good to work together after a long time. I'll try to work more with her," said the actor. 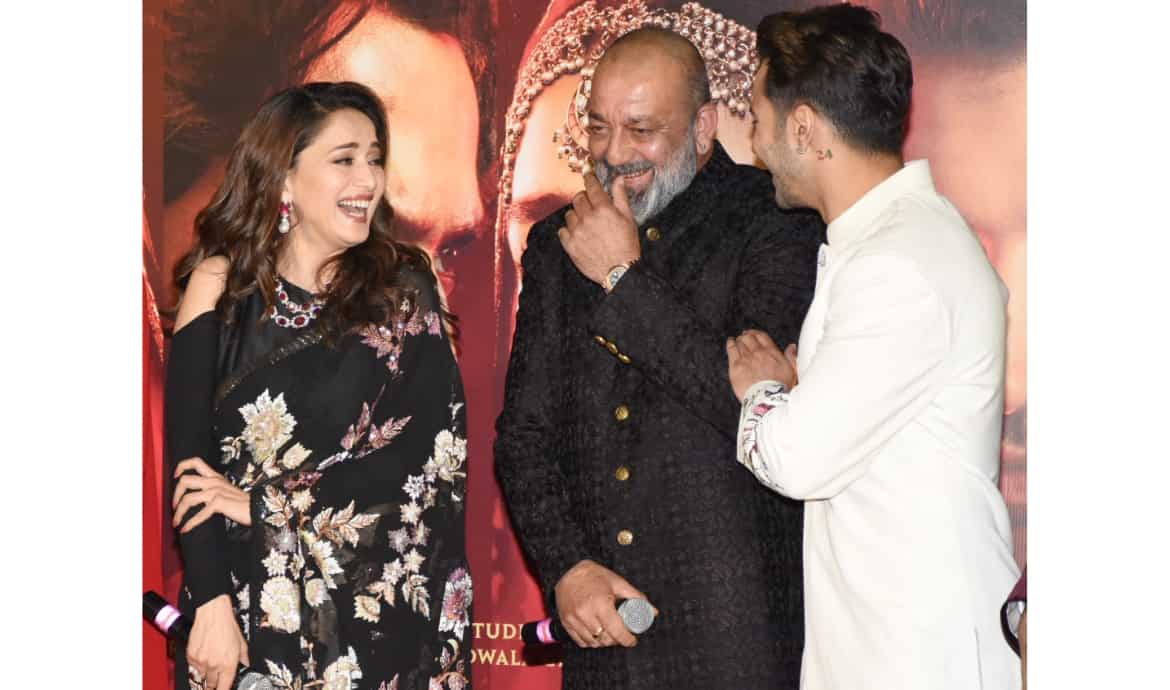 Madhuri plays Bahaar Begum in 'Kalank' which was earlier offered to Sridevi. After Sridevi`s demise last year, the role was offered to Madhuri. "Firstly, her demise was sad news for us and when I was approached for the role, it was not easy for me. I have immense respect for her. She was a good artiste and a good human being too. To step into the role, when you look into it as an actress, it`s a different scenario as you add your own inputs to the character, but we used to remember her on sets as she was a part of the film," said Madhuri at the event. 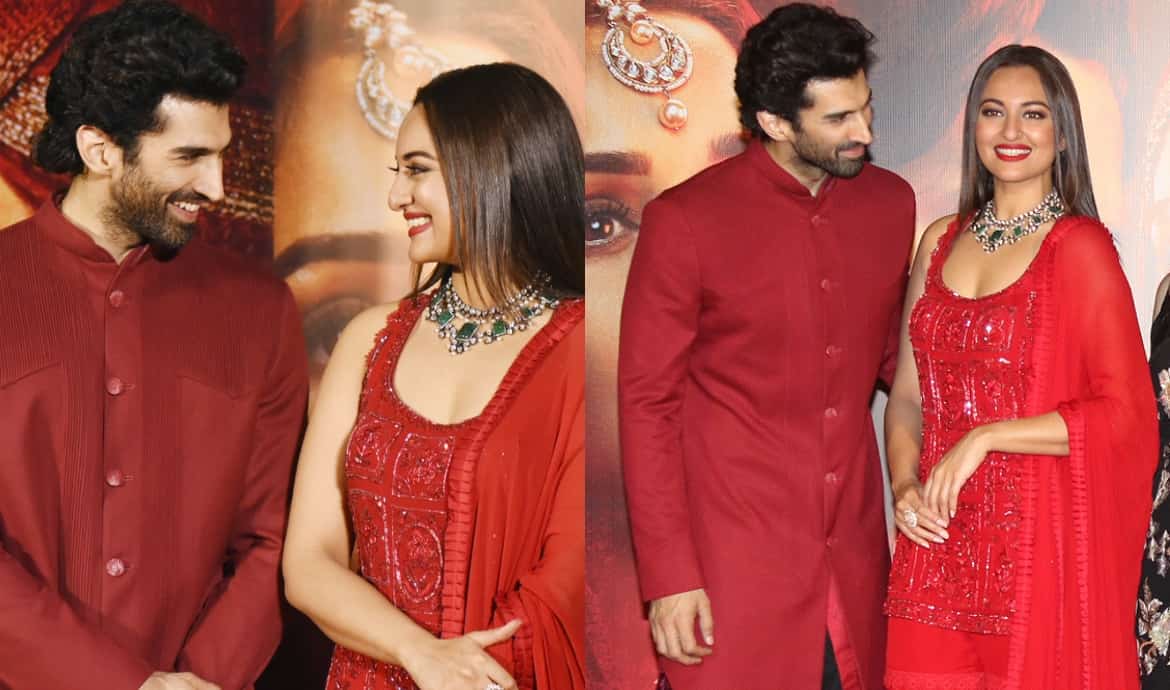 This is first time that Sonkashi Sinha has been paired opposite Aditya Roy Kapur. The two play husband and wife in the film. 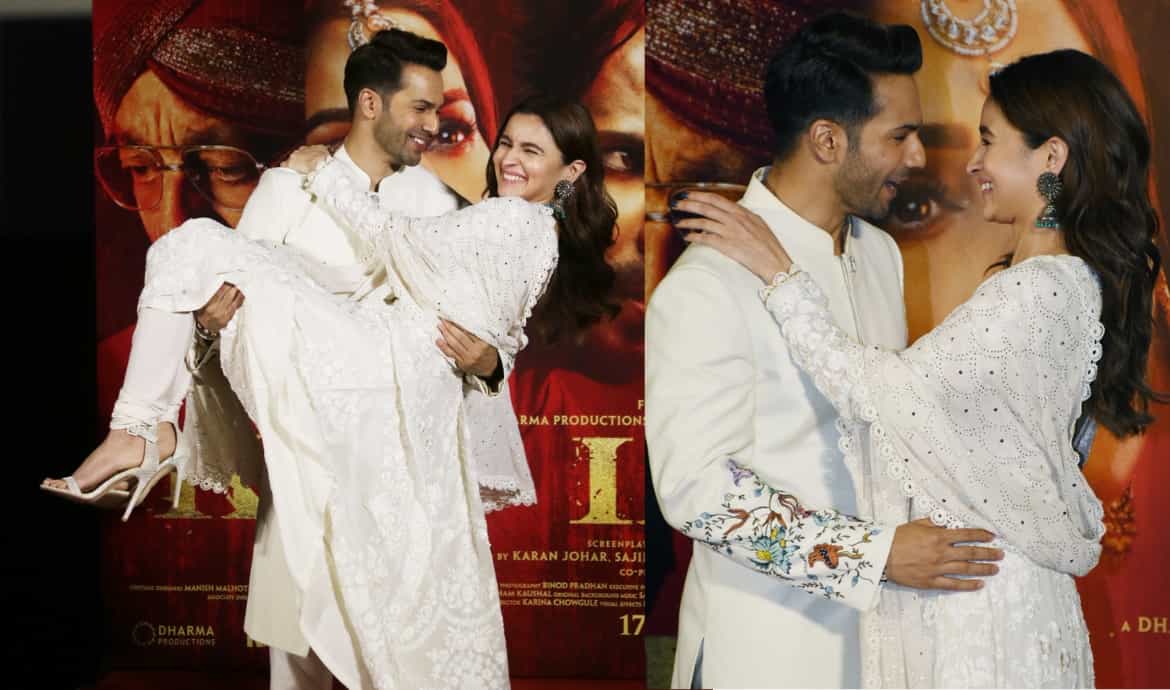 Varun Dhawan and Alia Bhatt pair up once again for a Dharma production film. The pair have in the past worked together in films like 'Student Of The Year'and 'Badrinath Ki Dulhania'. 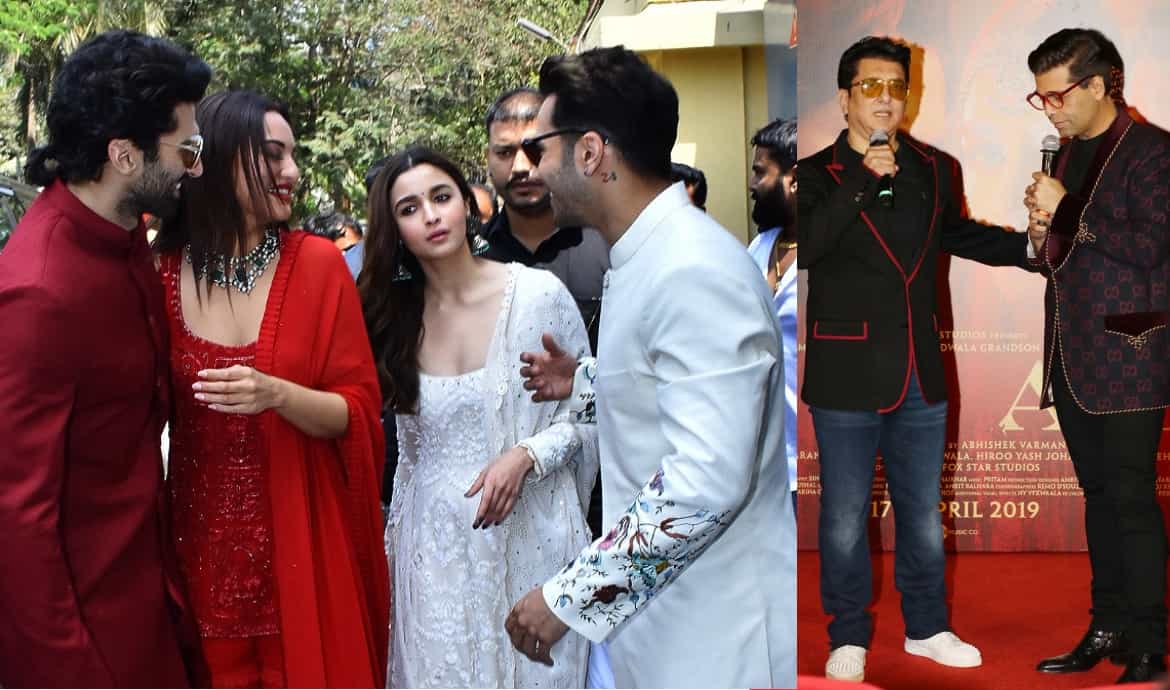 'Kalank' has been co-produced by Karan Johar and Sajid Nadiadwala. The film is scheduled to release on 17th April.