Russia's push in eastern Ukraine & the fate of Mariupol

Pro-Russian forces said 50 more people were evacuated on Saturday from the besieged Azovstal steelworks in Mariupol, where scores of civilians have been trapped for weeks alongside Ukrainian fighters holed up in the Soviet-era plant.

The territorial defence headquarters of the self-declared Donetsk People's Republic (DPR) said on Telegram that a total of 176 civilians had now been evacuated from the steelworks. (Text: Reuters) 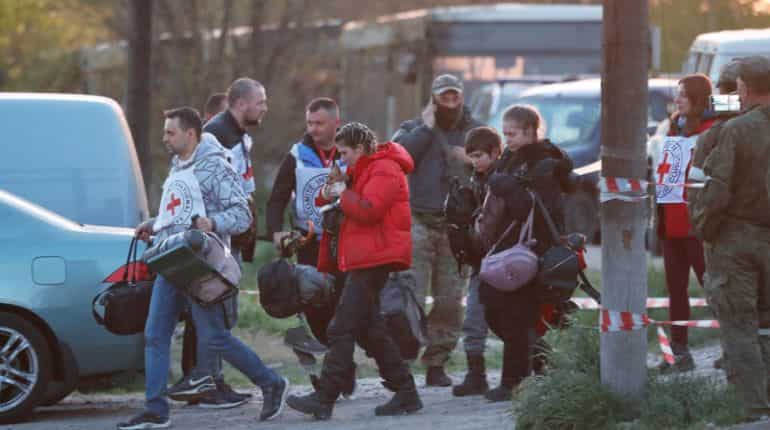 Civilians evacuated from the plant

About 50 civilians had been moved on Friday from the sprawling, bombed-out plant to a reception centre in nearby Bezimenne, in the separatist DPR, whose forces are fighting alongside Russian troops to expand their control of large parts of eastern Ukraine. Dozens of civilians were also evacuated last weekend.

"Today, May 7, 50 people were evacuated from the territory of the Azovstal steel plant in Mariupol," the DPR said.

Mariupol has endured the most destructive bombardment of the 10-week-old war. The plant is the last part of the city - a strategic southern port on the Azov Sea - still in the hands of Ukrainian fighters. Scores of civilians have been trapped for weeks alongside them in the plant with little food, water or medicine. Defenders vowed to not surrender

President Volodymyr Zelenskiy said in a late-night video address on Friday that Ukraine was working on a diplomatic effort to save defenders barricaded inside the steelworks. It was unclear how many Ukrainian fighters remained there.

The defenders have vowed not to surrender. Ukrainian officials fear Russian forces want to wipe them out by Monday, in time for Moscow's commemorations of the Soviet Union's victory over Nazi Germany in World War Two. 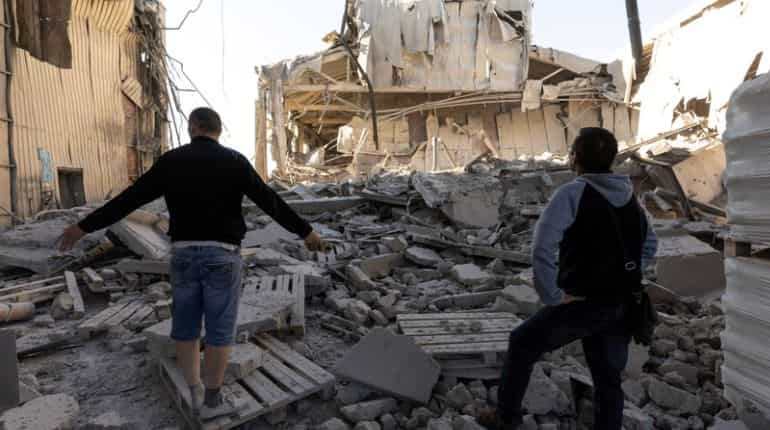 President Vladimir Putin declared victory in Mariupol on April 21, ordered the plant sealed off and called for Ukrainian forces inside to disarm. But Russia later resumed its assault on the plant.

Asked about plans for Russia to mark Monday's anniversary of the Soviet Union's World War Two victory over Nazi Germany in parts of Ukraine it holds, Kremlin spokesperson Dmitry Peskov said on Friday "The time will come to mark Victory Day in Mariupol." Battle for the east

Mariupol, which lies between the Crimea Peninsula seized by Moscow in 2014 and parts of eastern Ukraine taken by Russia-backed separatists that year, is key to linking up the two Russian-held territories and blocking Ukrainian exports.

Ukraine's general staff said on Saturday Russian forces were pursuing an offensive in eastern Ukraine to establish full control over the Donetsk and Luhansk regions and maintain the land corridor between these territories and Crimea.

Near Kharkiv, Russian forces continue artillery shelling of settlements near the northeastern city. They blew up three road bridges in the region in order to slow down the counter-offensive actions of the Ukrainian forces, the general staff said.

Russia said on Saturday it had destroyed a large stockpile of military equipment from the United States and European countries near the Bohodukhiv railway station in the Kharkiv region. 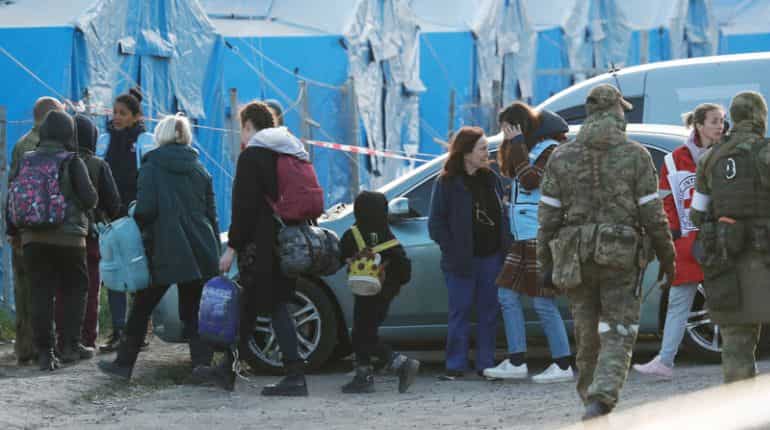 Pro-Russian separatists in Moldova said on Saturday that Transdniestria had been hit four times by suspected drones overnight near the Ukrainian border.

Nearly two weeks of similar reported incidents in Transdniestria have raised international alarm that the war in Ukraine could spread over the frontier.

Ukraine has repeatedly denied any blame for the incidents, saying it believes Russia is staging false-flag attacks to provoke war. Moscow, too, has denied blame.