For more than a decade, the 'Ellen DeGeneres Show' was one of daytime TV’s biggest success stories. The show debuted on 8 September 2003 and successfully ran for nearly two decades and on Wednesday, the 63-year-old host confirmed that her popular chat show will end in 2022 after a staggering 19 years of being on air.

Over the years, despite all the entertainment, the show was full of controversial and shocking moments, from Ashton Kutcher going nude to the controversial interviews, featuring uncomfortable and cringe-worthy exchanges between the host and her celebrity guests. Here, have a look. 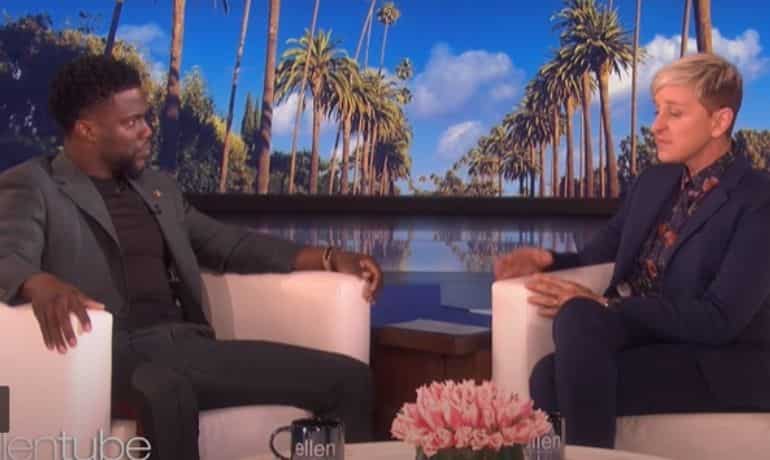 In the year 2018, Kevin Hart was set to host the Academy Awards, but he stepped back following the criticism over homophobic tweets and jokes he had made years earlier. Later, in January 2019, the Hart appeared on Ellen DeGeneres’s talk show.

DeGeneres prompted a backlash from some viewers when it was revealed that she-- one of the highly prolific lesbian celebrities-- called on the Academy to re-hire Hart. It was also revealed that she also actively campaigned to have him host  Academy Awards that year.

“I called [The Academy], I said, ‘Kevin’s on, I have no idea if he wants to come back and host, but what are your thoughts?’ And they were like, ‘Oh my God, we want him to host. We feel like that maybe he misunderstood or it was handled wrong or maybe we said the wrong thing but we want him to host. Whatever we can do we would be thrilled. And he should host the Oscars,’” DeGeneres told Hart. 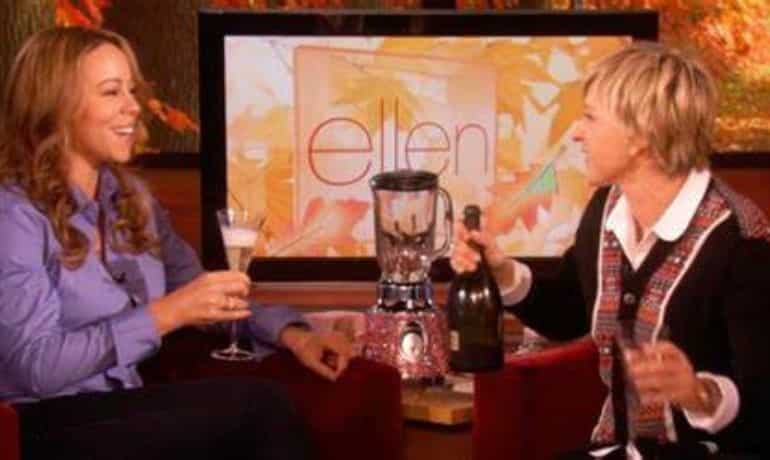 In 2008, Mariah Carey appeared on 'The Ellen DeGeneres Show' and had an “extremely uncomfortable” experience when DeGeneres pressured Carey to clear all the pregnancy rumours by offering her a glass of champagne and asked the star to either confirm or deny tabloid rumours that she was expecting a baby with then-husband Nick Cannon.

Carey urged to change the subject, and eventually faked sipping champagne from her glass, Ellen shouted, “You are pregnant!” 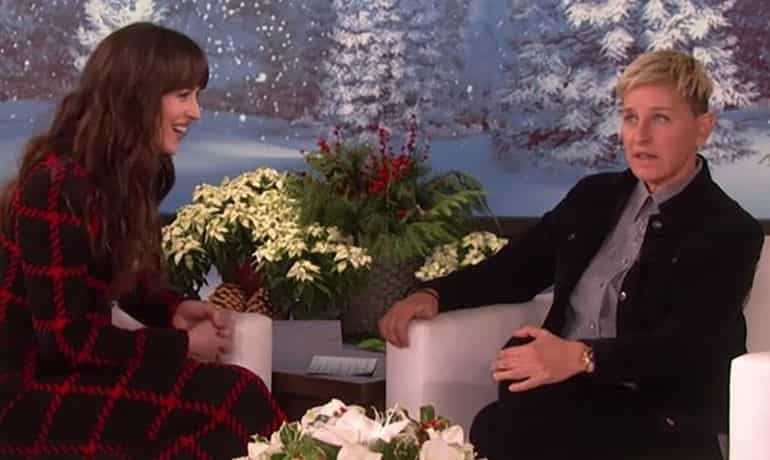 The 2019 interview between Ellen DeGeneres and Dakota Johnson created quite a stir among the viewers and became an internet meme back then when she confronted the 'Fifty Shades' star about not being invited to her birthday party.

During the talk, “How was the party? I wasn’t invited," Ellen quipped. Johnson replied, "Actually, no, that’s not the truth, Ellen,” Dakota then announced to the audience, “Last time I was on the show, last year, you gave me a bunch of s**t about not inviting you, but I didn’t even know you wanted to be invited."

For once, Ellen appeared to be lost on her own show: “Well, who wouldn’t want to be invited to a party?” she asked. “Well, I didn’t even know you liked me,” Dakota replied. 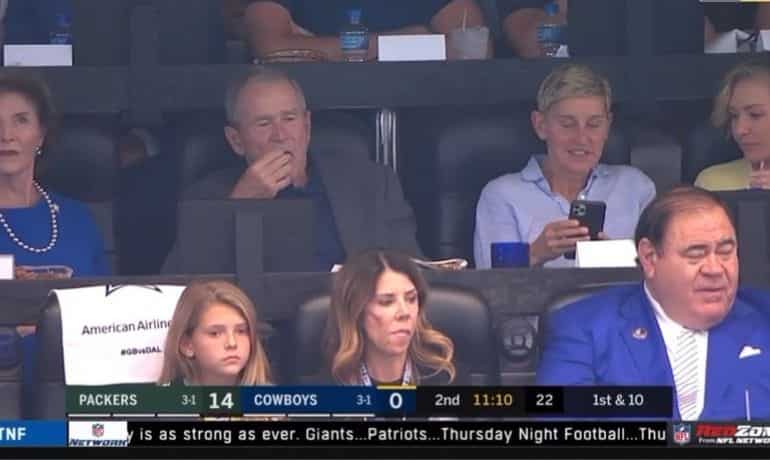 Being friends with George W Bush

During an NFL match, Ellen was spotted sitting and having fun alongside former US President George W Bush. The moment received backlash and she was quickly criticized, especially considering Bush opposed to same-sex marriage and his administration launched the war on Iraq. 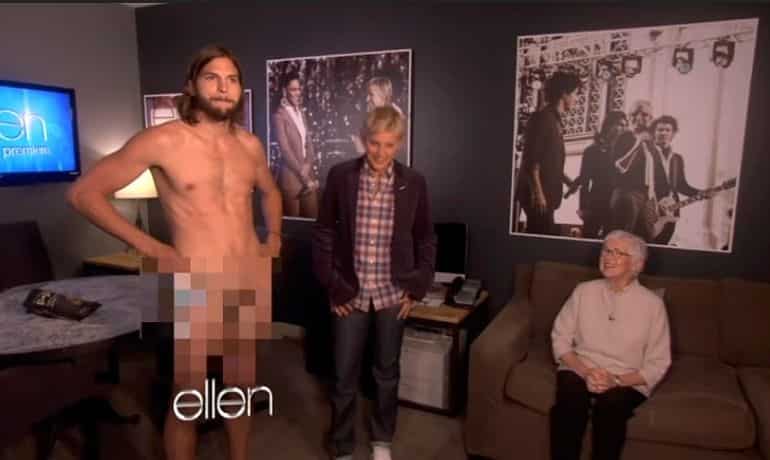 One of the most shocking moments of Ellen Degeneres show was when Ashton Kutcher removed his white robe to show he was, indeed, naked as he stood in front of the host. In his promotional appearance for 'Two and a Half Men', he said to Ellen, ''Oh, no. Have you seen the ad for the show? It's getting a lot of attention, so I just figured I'm going to do everything nude from now on," he replied and dropped his robe. 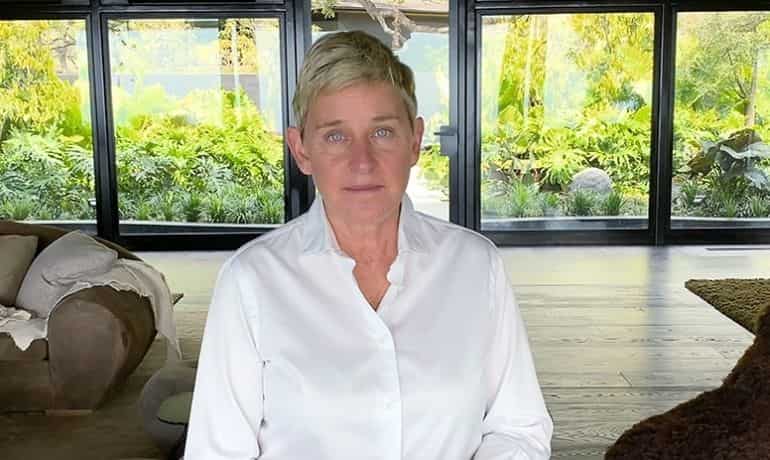 Last year, Ellen DeGeneres drew jeers online after calling her lavish home studio a jail, where she began broadcasting after filming in Hollywood shut down in March 2020 due to the pandemic.

In a clip, DeGeneres joked that quarantining at her home in Montecito, California during the COVID-19 pandemic was “like being in jail.” Many argued and accused her of being insensitive when she compared her $27 million mansion to an overcrowded prison in the US. 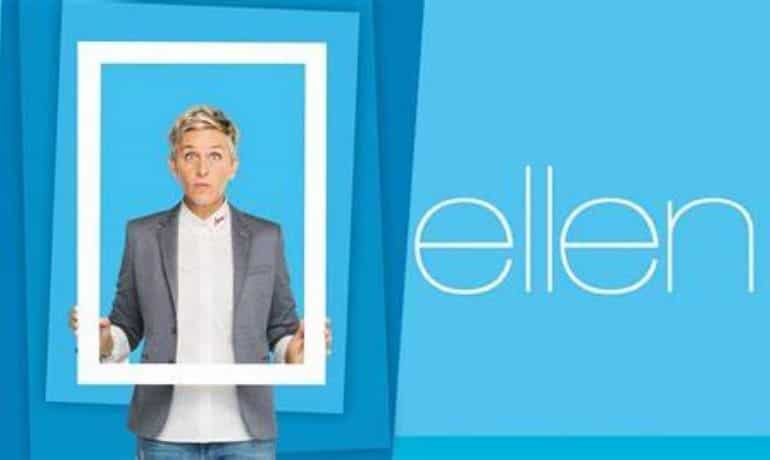 The Ellen Show came under fire about poor communication regarding their pay during the lockdown and the crew, consisting of at least 30 employees claimed that they had received ‘no written communication’ about various issues including pay and working hours, and later, the show was hit with allegations that the workplace was shrouded in racism, fear, and intimidation.

The article detailed accounts of former employees who alleged inappropriate comments, retribution for bringing up concerns about problematic language, receiving pushback for taking time off work to attend funerals or to take medical leave, and a "culture of fear" on the show. End of the show

After a tough year, Ellen DeGeneres is finally ending her daytime show in 2022. DeGeneres says that after hosting one of America's most popular chat shows for 19 years it was time to do something different.

DeGeneres, 63, told her virtual audience that the show had been "the greatest experience of my life" and thanked her fans for watching. But she said she needed "to take a break from talking." "My instinct told me it`s time. As a comedian, I`ve always understood the importance of timing," she said.

"Recently, I had a dream that a bird, a beautiful bird with bright red feathers, came to my window and whispered, `You can still do stuff on Netflix.` And that was the sign I was looking for," she quipped.