Philippines' Taal hazard might escalate into a 'volcanic tsunami'

Huge plumes of ash and steam along with weak lava were seen from Taal volcano on the early dawn of Monday which triggered the mass evacuation of more than 8,000 people from the capital city, Manila.

Noted as the Philippines' second most active volcano, Taal volcano might lead to 'volcanic tsunami' within days or hours because of the hazardous eruption of steam, ash and lava. 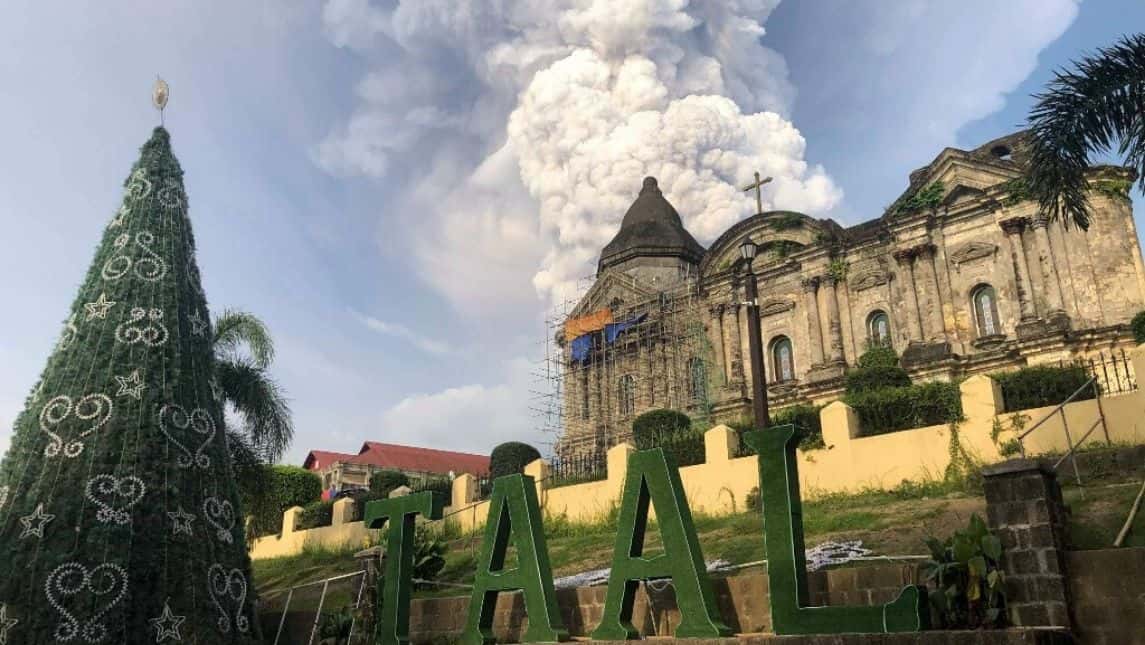 Being one of the world's smallest active volcanoes, Taal is situated in the middle of a lake which ranges about 70 km south from the central capital Manila.

"Taal is a very small volcano, but a dangerous volcano," Renato Solidum, Head of the Philippine Institute of Volcanology and Seismology.

Authorities said that there was a risk of volcanic eruption after the volcano spewed a massive cloud of ash which drifted across Manila. 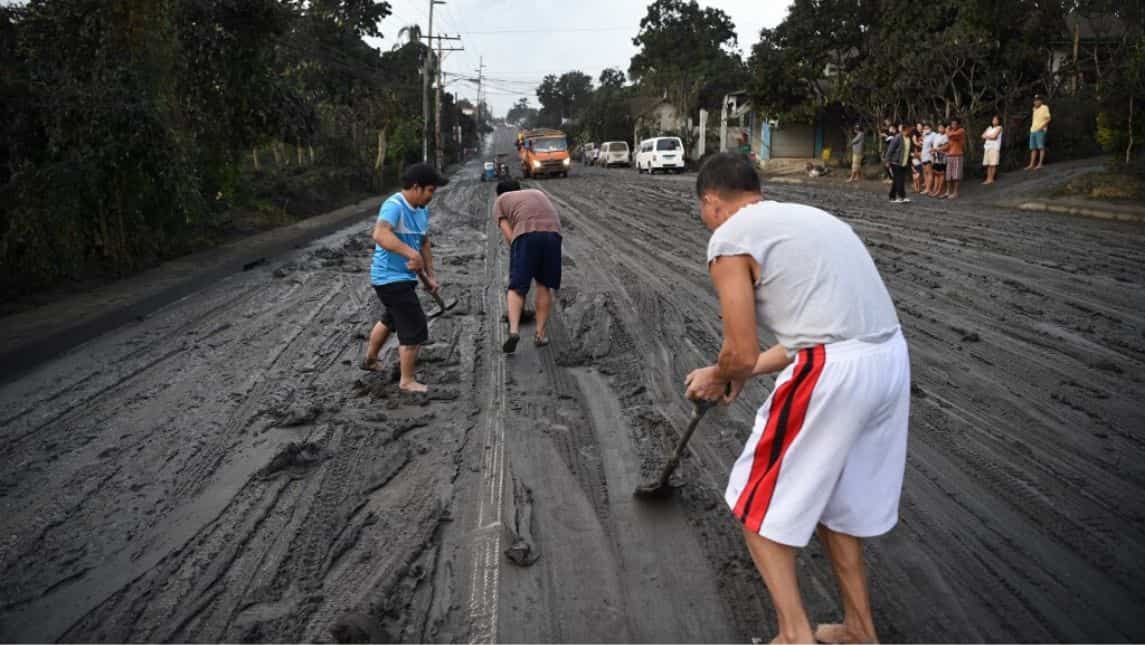 After lava and broad columns of ash illuminated by a lightning shot from Taal Volcano, major parts of Manila including Batangas province were covered with ash and mud. 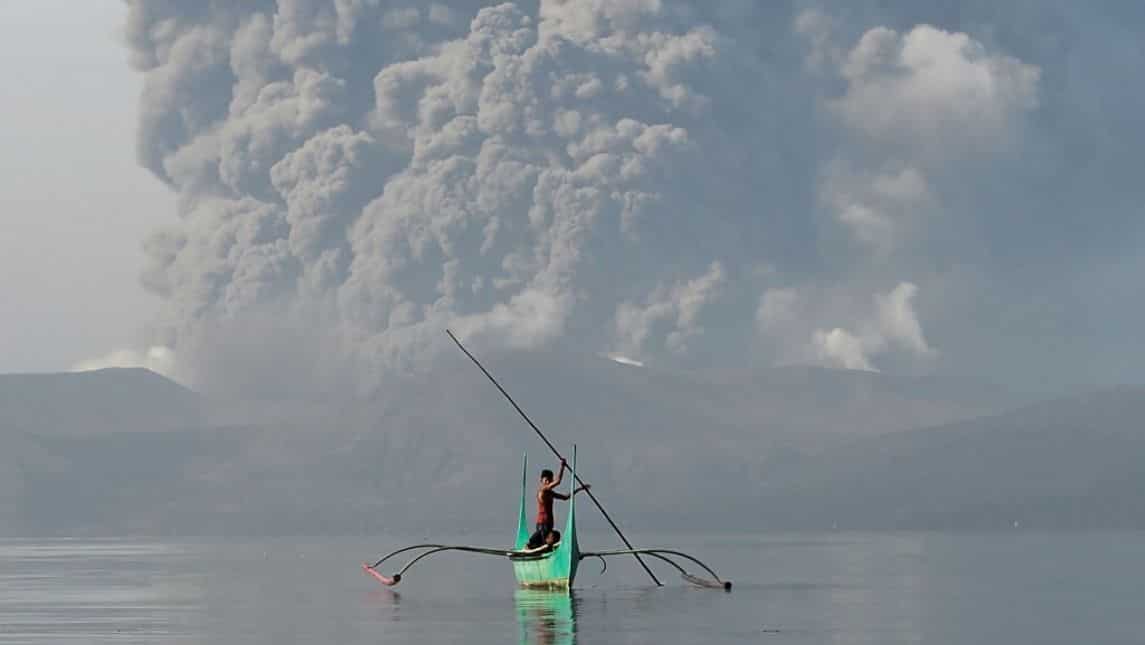 Volcano within a volcano

As per the reports of the Philippine Institute of Volcanology and Seismology (Phivolcs), "Taal Volcano is unique because it is a volcano within a volcano."

The institute raised the danger level posed by the volcano to 4 out of a possible 5 meaning "hazardous explosive eruption is possible within hours to days." 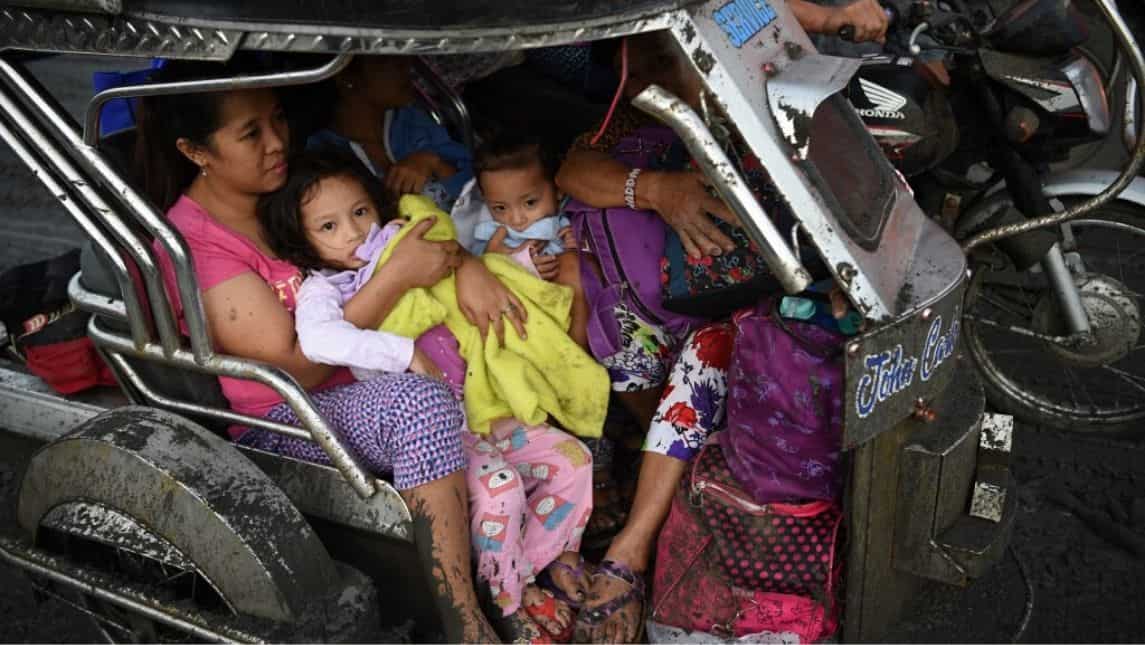 Thousands of people were evacuated from the area after Taal volcano suddenly shot columns of ash and steam as high as 15 km into the sky.

The Philippines is central to the "Ring of Fire" which makes up a belt of volcanoes circling the Pacific Ocean that is also prone to earthquakes.

Taal's ash plume was clearly visible from the city of Tagaytay, a well-frequented viewing spot for the volcano. 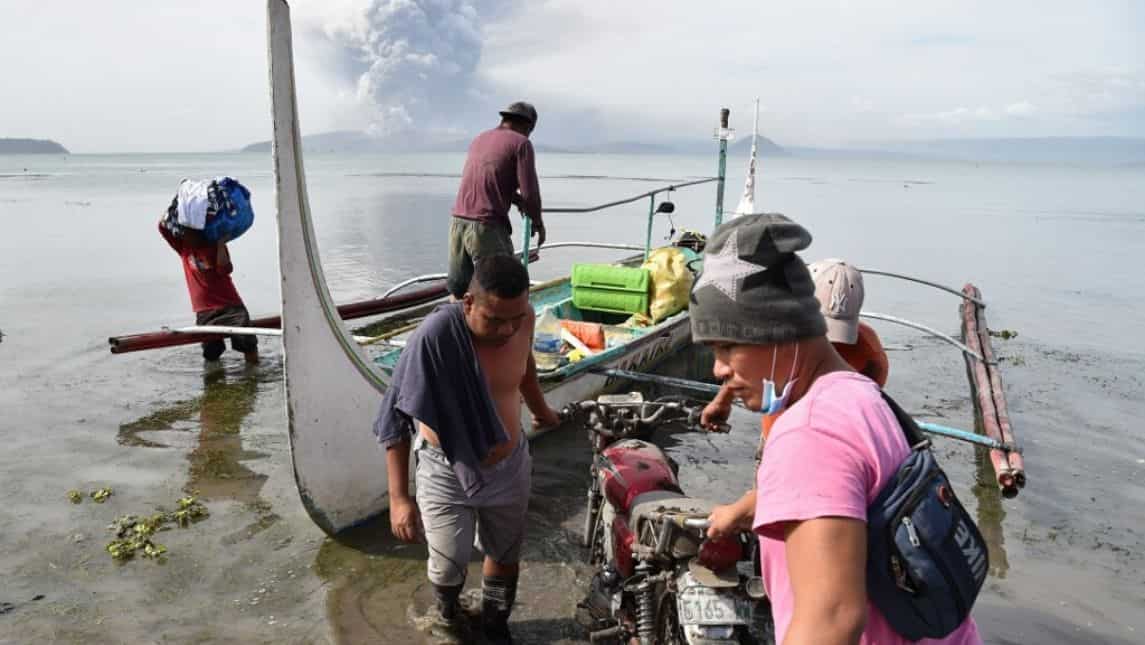 Evacuating residents living at the foot of Taal volcano unload their belongings from an outrigger canoe while the volcano spews ash as seen from Tanauan town in Batangas province.

"We were having lunch when we heard rumbling. We saw the volcano erupting. It rained and some small pebbles fell to the ground," Jon Patrick Yen, an eyewitness.

General Manager Ed Monreal said that the 172 flights in and out of the international airport, will be suspended on Monday as there was ash on the runway.

President Rodrigo Duterte's office ordered the suspension of government work in the capital and of all school classes in Manila and other areas affected by the ash. 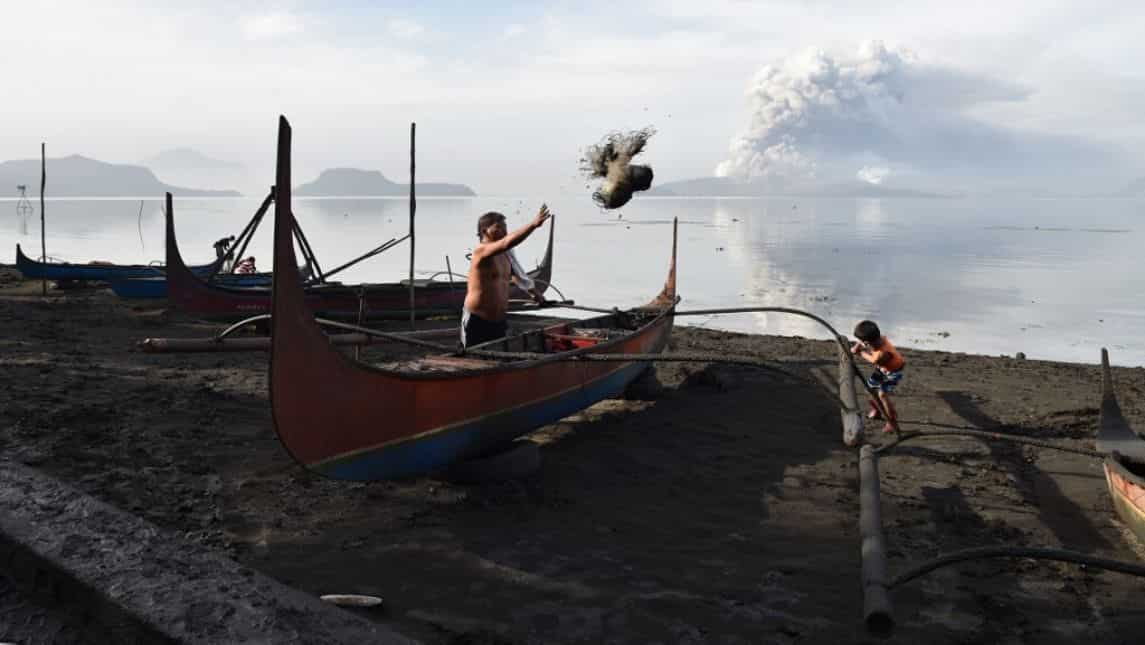 Taal has erupted more than 30 times in the past five centuries, most recently in 1977.