His beloved villa has been daubed in graffiti by protesters. A museum dedicated to his father has been also ransacked. Now, former Sri Lankan Prime Minister Mahinda Rajapaksa is in hiding in a heavily fortified military base, which is protected by the armed forces.

The reversal of fortunes for the island nation's most powerful politician for decades has been giddying. A scion of the Rajapaksa family beloved by many Sri Lankans for ending a protracted civil war, the 76-year-old is now a pariah. (Text: Reuters) 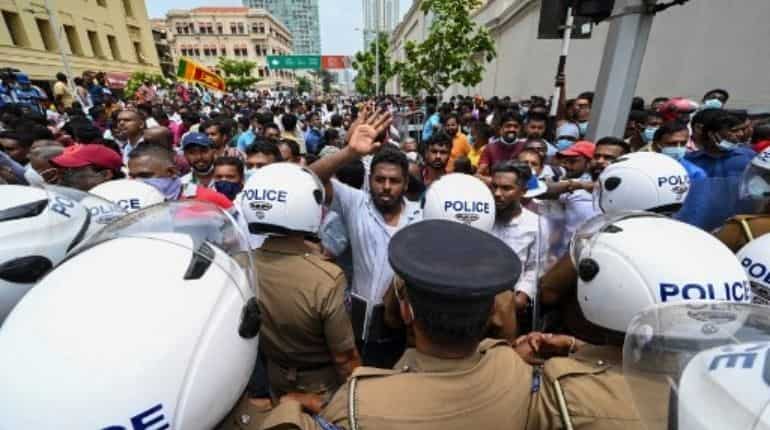 Taking matter in own hands

An economic crisis, caused by the COVID-19 pandemic and economic mismanagement, has drained the country of money to pay for fuel, medicine and other vital supplies, meaning lengthy blackouts and long queues for gasoline. Food prices are soaring.

Weeks of largely peaceful demonstrations demanding the prime minister and his younger brother, President Gotabaya Rajapaksa, stand down, turned violent on Monday in the deadliest unrest so far - nine people were killed and over 300 injured. 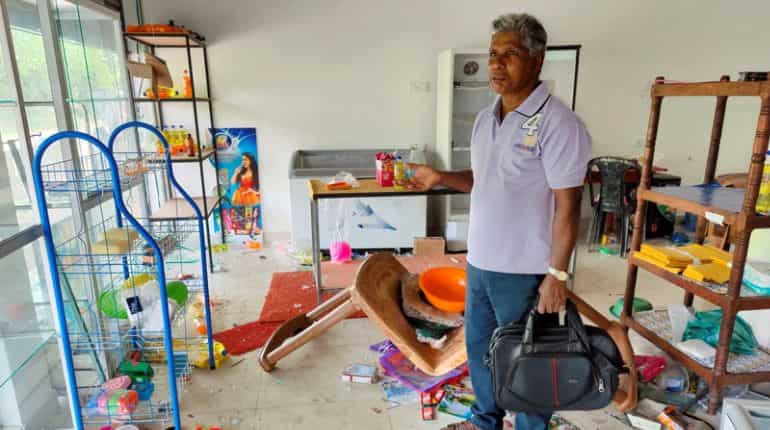 A result of outrage

The turmoil is the worst to hit Sri Lanka since the war ended in 2009. The small southern town of Weeraketiya, where Mahinda liked to stay while visiting the family stronghold of Hambantota district, was not spared. 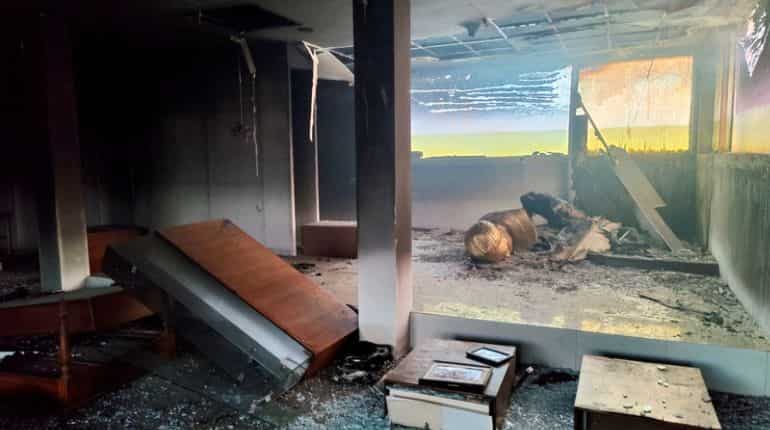 Future of Rajapaksas in doubt

The worst financial crisis since Sri Lanka's independence in 1948 has thrown the future of the Rajapaksas into doubt. A family of rural landowners based in Hambantotoa district, the fortunes of the Rajapaksas started flourishing when Mahinda became prime minister in 2004.

After he won the presidential election in 2005, Mahinda and Gotabaya, who was defence secretary at the time, ended the civil war with Tamil separatists in the north and east of the country with a brutal government offensive that killed tens of thousands of people.

Mahinda was denied a third term as president in 2015, but the family came back to power in the 2019 presidential election, this time with Gotabaya at the helm. 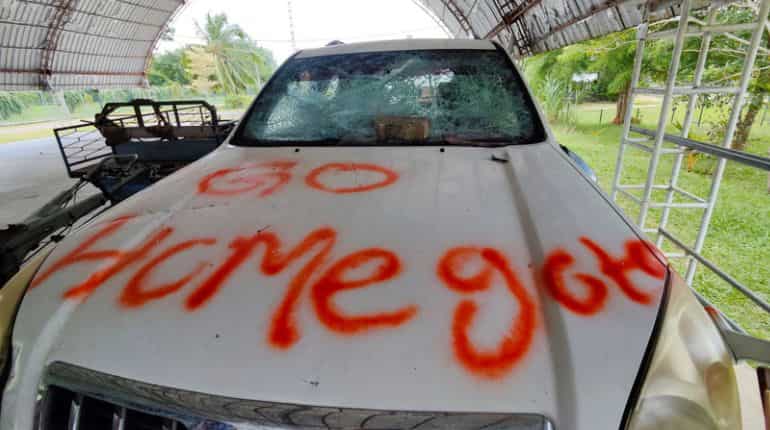 At the main house, graffiti reading "Gota Go Home" - a rallying cry of anti-government protests across the country - has been sprayed on the walls in red.

In Mahinda's bedroom, windows were smashed but otherwise it looked untouched: television remotes were within reach of a comfortable armchair and a book on Sri Lankan cricketer Muttiah Muralitharan lay nearby.

According to interviews with half a dozen eyewitnesses and police officers, the villa was the first stop on a night of vandalism targeting Rajapaksa properties. No family members were at the residences when they were attacked. 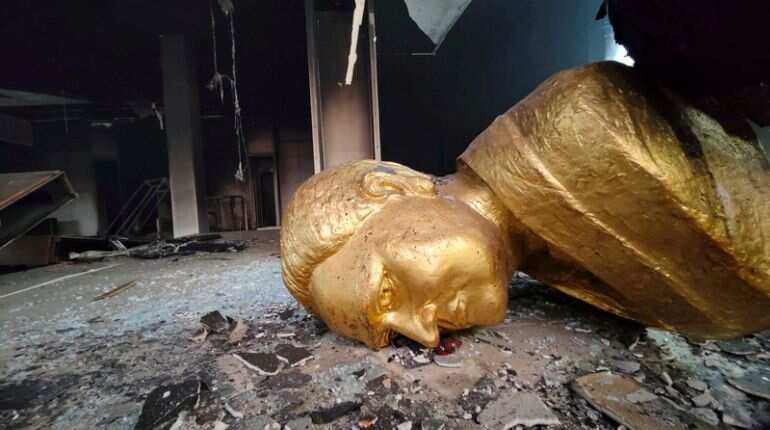 Squads of soldiers and police, who have been given the authority to shoot to prevent looting and damage to public property and when lives are threatened, now guard the vandalised sites.

From the villa, the group proceeded to a museum dedicated to Gotabaya and Mahinda's late father, parliamentarian DA Rajapaksa, where they demolished exhibits and torched the interior.

Little was left when Reuters visited on Wednesday except a golden bust of their father face down on the blackened floor. Houses and shops linked to ruling party lawmakers were also heavily damaged.

Some locals continue to support the Rajapaksa brothers, who are seen as heroes among the island's Sinhalese Buddhist majority for snuffing out the Tamil insurgency.